Why not celebrate your inner Irish-ness with some wonderful Irish music?

In fact, you can enjoy these Irish singers and Irish musicians at any time of the year, but the Irish music featured here will complement your green beer, shamrocks and leprechauns best on St. Patrick's Day. Everyone has their favourite styles, of course, whether it be Irish folk music, rock music, or some of Ireland's best known classical and vocal talents.

Whatever the day, here is a collection of 10 of some of the finest Irish musical artists that the Emerald Isle has to offer for you to enjoy. No blarney, no luck required, just great music!

The Music From Riverdance: Composed by Bill Whelan

Any mention of the Irish arts would not be complete without including Riverdance.

What became an international sensation started life as the interval act at the 1994 Eurovision Song Contest. This is usually the time in the proceedings when most viewers rush to make a cup of coffee or tea, but on this occasion, it seems that we were all glued to our television sets. Michael Flatley and Jean Butler not only entranced the viewing public, but also those watching in the auditorium, who gave the musicians and dancers a rousing ovation.

The production went on to fill theatres worldwide with astounding success, making a star out of Flatley. However, 2010 saw the end of Riverdance, with a highly anticipated farewell tour.

Performing at the 1994 Eurovision Song Contest 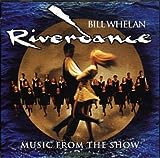 Riverdance: Music From The Show
The expressive, sensual, and exhilarating energy of traditional Irish dance and Irish folk music is only the beginning here. A work full of strong melodies, excitement, romantic dreams, and nostalgic longing, the full Riverdance show is a spellbinding spectacle. Complete with orchestra, there are influences from Irish classical music, incorporating the haunting sound of vocal group Anuna and other folk traditions.
Buy Now

Thin Lizzy: Whiskey in the Jar

Whiskey in the Jar is a traditional Irish song that relates a story of betrayal among the Cork and Kerry mountains of Ireland.

Over the years, the song has been recorded by a number of artists, who have interpreted it in their own way, changing the lyrics and the setting along the way. One of the most well-known versions is by Thin Lizzy, although other popular recordings of the song have been released by The Dubliners and Metallica.

The Dubliners: Song For Ireland

Ironically, this Irish anthem was written by Englishman, Phil MacCullough. It is performed here by Luke Kelly of the Irish folk group, The Dubliners.

Barack Obama has remarked that, "There's a little village in Ireland where my great-great-great grandfather came from, and I'm looking forward to going there and having a pint."

To prove the current president's Irish heritage the Corrigan Brothers (formerly known as Hardy Drew and the Nancy Boys), put together this song based on a traditional air calling it There's No One As Irish As Barack O'Bama. During the time of Obama's run for the White House, the track began to pick up enough hits on YouTube to help it go viral.

Danny Boy is a song well established as an Irish anthem and close to every Irishman's heart. It is, therefore, ironic that the lyrics were written by Englishman Fred Weatherly and later adapted by his sister to fit to the tune Londonderry Air.

Initially recorded early last century, the song has been covered by a multitude of artists. Here's a beautiful version by one of Irish music's leading female ensembles, Celtic Woman.

This quite stunningly beautiful piece of Irish music was recorded in 1982 and served as the title theme to the British television production, Harry's Game.

Written by two members of the Irish group, Clannad, the lyrics are in their native language, and tell the story of the futility of war and violence set against the background of The Troubles in Northern Ireland.

Enya has quickly become Ireland's best selling solo artist, and is now only second to U2 as the country's most popular musical export.

She achieved worldwide fame in 1988 with the release of her album Watermark, from which comes the highly successful single Orinoco Flow. It's often thought the song is sung in Celtic or Latin, but this ethereal sound is in fact accompanied in English.

Back when U2 were not the media celebrities that they have now become, their punk and passionate style underpinned the frustrations of adolescence.

These frustrations included a political awareness intensified by the violence of 1970s Ireland. Sunday, Bloody Sunday has now become a mainstay of U2's live performances and provides a commentary on the events of January, 1972 when fourteen civil rights protesters were shot and killed by British troops.

The Corrs are best loved for their combination of folk and rock, which has seen them scale the music charts worldwide.

The group is comprised of siblings Andrea, Sharon, Caroline and Jim who bring their own brand of Irish music to their pop sensibilities. They are currently enjoying some down time while family and solo commitments take precedence, but their joyful sound can be heard here on their song Breathless.

Chris De Burgh is probably best known for the huge success that was The Lady in Red. But there is so much more to his music than just this one song.

While he struggled to gather any mainstream recognition during the 1970s, the next decade saw his star begin to rise. His first success, albeit relatively minor, came with the song Don't Pay the Ferryman, a tale steeped in mythology with underlying references to the Grim Reaper.

Which of these 10 Irish musical artists is your favourite?

I hope you have enjoyed your visit to this page highlighting some of the best of Irish music and the singers and artists who have displayed their talents to the world.