Below you will find my selection of the Best Amy Winehouse Songs Of YouTube. I do hope you enjoy.

[Many thanks to Fyunkie for permission to use of the photo on Creative Commons license.}

These Amy Winehouse Songs Are My Personal Favorites on YouTube

If you listen to Amy Winehouse On YouTube, you can spend hours trying to find a version of a song you like best. The reason is that Amy Winehouse sung many of her songs the way jazz singers sing. She improvised and changed every song. Combine that with the fact that in some performances she was obviously under the influence of something intoxicating. The result is a huge variety of performances on YouTube from amazing to less so. This is not meant to disparage Amy Winehouse in any way. Amy Winehouse was one of the most talented singers of our time. This only means that if you hear an Amy Winehouse song that you do not like so much, listen to it again and again. You may find a version that you enjoy.

While Carol King made this song popular nearly half a century ago, I love Amy Winehouse's version of this song which she made for the 2004 film Bridget Jones: The Edge of Reason.

If you give her music a chance, you will find them addictive. If you are new to Amy Winehouse, start at the bottom of this Lens with song #1 and work your way up. By the time you listen to 3 or 4 of her songs, you will understand why Amy became the first British female to win five Grammys including Best New Artist, Record of the Year and Song of the Year.

#9 Body And Soul - This Amy Winehouse Song Demontrates Her Versatility

This duet featuring Amy Winehouse and Toney Bennett was Amy's last song she recorded before she died. Amy demonstrates her great jazz vocal abilities in this duet. In an interview with entertainment weekly, Tony Bennett said of Amy "Some people think that anyone could sing jazz, but they can't. It's a gift of learning how to syncopate but it's also a spirit that you're either born with or you're not. And Amy was born with that spirit."

Originally released in 2003, this is the first Amy Winehouse album. From this list of 10 Amy Winehouse songs, included in the album are:

Stronger Than Me, F*** Me Pumps and 12 other Amy Winehouse songs. 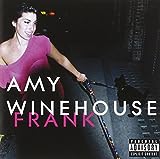 This is a cute song. Amy demonstrates her sense of humor and a bit of bitchiness. It is one of the cute, fresh and a delightful Amy Winehouse Songs

Some May Be Surprised At My Comparison Of Amy And Marilyn

In many ways Amy Winehouse reminds me of Marilyn Monroe. Their success as well as their tragedy have many similarities. Amy's parents divorced when she was only nine years old. She worshiped her father Mitch and his departure probably devastated Amy. Similarly Marilyn's childhood was difficult when her mother put her in an orphanage and she was bounced from one foster home to another. Amy was bounced from one school to another as a result of her rebelliousness, perhaps due to her father's departure, which caused her to get in trouble at one school after another.

Both women had tragic relationships with men. Amy's marriage to Blake Fielder Civil was violent and led her to drug addiction and ended in divorce. Marilyn's had not one but three divorces. Both women were deeply disappointed by their frustrations in their love-lives and their inability to settle down and had their disastrous relationship failings retold in minute detail during the nightly news. Both women considered reuniting with their ex-husbands. Amy felt that Blake was her soul-mate and just before her death Marilyn was discussing reuniting with Joe Dimaggio.

Both women were hounded by the media and paparazzi. The tabloid's loved to focus on their failings rather than on their triumphs. Amy was often called "Wino" and her tragic marriage and trouble with drugs and alcohol were often front page news.. Similarly the press made every misstep of Marilyn front page news. Marilyn's torture by the media was made famous by the Elton John Song, Candle in the Wind "Even when you died, the press still hounded you, all the paper's had to say was that Marilyn was found in the nude".

Both women were savvy business people and used their stardom to start their own business. According to Zack O'Malley Greenburg "Despite Winehouse's well-documented personal struggles, industry insiders say she was no fool when it came to her business. In 2009 she even started her own label, Lioness Records, which grew to hold a roster of three performers..." . According to Pat Ryan of the New York Times, Marilyn was a shrewd business woman who owned her own production studio, Marilyn Monroe Productions, for which she negotiated deals with studios, writers and and directors.

Of course, their battles with addictive substances were well documented and eventually the cause of their demise. Amy struggled with drugs and alcohol and eventually died of alcohol poisoning. Similarly Marilyn had an addiction to drugs and alcohol. The official cause of Marilyn's death was acute barbiturate poisoning, but possibly alcohol played a role there as well.

Like many great artists from Marilyn Monroe to Vincent Van Gogh, Amy lived her life publicly and exposed herself for everyone to see. She did not create music purely for entertainment. She created music which was biographical. She sang about the joys and demons of her life.

Back To Black - The Second Amy Winehouse Album 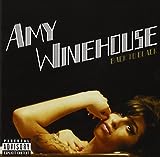 Back To Black
Buy Now

This a live version of Love Is A Losing Game. It is an official version from the I Told You I Was Trouble live performance DVD. Some may prefer this version of the song 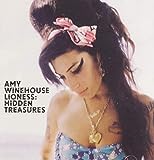 I prefer this acoustic version of Rehab though some may prefer the video version. This version really shows off Amy Winehouse and her abilities. Many may rank rehab higher as it was one of Amy Winehouse's most popular songs.

Amy Winehouse was one of the best Jazz Singers of our time. Tony Bennett said of Amy "Some people think that anyone could sing jazz, but they can't. It's a gift of learning how to syncopate but it's also a spirit that you're either born with or you're not. And Amy was born with that spirit."

Some see Amy Winehouse as a legend. Some think she was a just another singer who died too soon due to drug and alcohol abuse. Where do you stand?

This Amy Winehouse song seems to be about the hopelessness of a relationship. Perhaps she is the other woman and is singing about her tears drying on their own.

I Told You I Was Trouble: Amy Winehouse Live From London (2007) - An Excellent Collection Of Amy Winehouse Songs, Live In Concert

Amy was at her peak in this concert which included many from this top ten list of Amy Winehouse Songs are "You Know I'm No Good," "Tears Dry On Their Own", "Valerie", "Rehab," Love i a Losing Game, F*** Me Pumps and 11 Others

I Told You I Was Trouble: Amy Winehouse Live In London
Buy Now

Amy was not only a talented singer, she was a talented songwriter. With the exception of Valerie, Amy wrote her most popular songs herself.

When Amy was "ON" she was amazing. This version of this Amy Winehouse Song with only an acoustic guitar really shows her ability. But I also enjoy the official version of this song on Youtube. I love how her voice mixes with the sax. Which do you prefer?

#2 Valerie - I love the upbeat tempo of this classic Amy Winehouse Song.

Notice that the women in Mark Ronson's video are not Amy Winehouse. However, the singer IS Amy Winehouse. The upbeat tempo makes this my favorite version Amy Winehouse's cover of the Zuton's song "Valerie". You may prefer a live version of this song. But compare it to the Zutons' Original Version of the song. While I like the original, I really prefer the Amy Winehouse Song.

Including Sinatra, Carol King, The Supremes, Ray Charles and Billie Holiday. It is all there. All of the great musicians that Amy Winehouse listened to as she grew up and developed into the singer we knew so briefly. 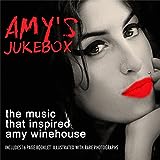 Which Is your favorite Amy Winehouse Song?

Obviously, I have not seen all of the Amy Winehouse Songs On YouTube. If you know of a grea Amy Winehouse songs on YouTube, let me know about it. Perhaps I will add it here.