Do you love Chopin piano music? I do. I am a guitarist and love Chopin's music so much that I arrange Chopin piano music for guitar! Chopin is a favourite composer of mine. Perhaps you are looking for Chopin guitar TAB? Welcome to Chopin's Magical Mazurkas, Sparkling Preludes, Nostalgic Nocturnes composed by Chopin! But there is more Chopin craziness too!

This Chopin piano page has just a hint of craziness for the slightly touched and mildly deranged music lover. Not just guitar TAB of Chopin, but some quite unusual arrangements of Chopin for banjo and even Chopin for tuba! You can listen to unusual Chopin arrangements or buy Chopin music for odd instruments as well as piano. Have fun!

Chopin's music is eternal. This page takes us beyond the traditional solitary confinement of the 19th century Broadwood into the lunacy of modern electronic times and brings us back such a delicate taste of romance, like fine wine in an earthenware mug! It is not for the overly serious, not for those who like their music stirred but never shaken.... Nor is it for the purist, the academician, or the faint of heart, but it all comes from love of the music of troubled genius Frederic Chopin (1810-1849)

Image of Chopin in public domain, color remix by myself in line with CC license on Wikimedia Commons

Short life of the genius Chopin

Chopin was born in the Duchy of Warsaw in 1810. Son of a French father and a Polish mother, Fryderyk was immersed in music from a young age. Like Mozart he was a child prodigy, studying piano from his sister Ludwika and attempting his earliest compositions at the age of six! Also like Mozart he was dogged by illness, eventually dying of tuberculosis, as had other members of his family. He was only 39 years old.

Chopin had many relationships with Polish women, but his best known partner was the famous French woman writer Georges Sand (Amandine Aurore Lucille Dupin). She described him as "More Polish than Poland" and at first he was repulsed by her, but they grew close. The world in those days was scandalized by them living out of wedlock and they had to live with Georges Sand's two children in a stark, cold former monastery when they went to Majorca in an attempt to improve his health.

My latest arrangement is one of Chopin's best loved pieces. I arranged it for guitar trio and flute and made this MP3. Click the link to hear a sample. I hope you like it.

Chopin's music was written primarily for piano solo. His pieces are technically demanding, but his style is always about nuance and expression. Chopin invented the ballade and was responsible for major stylistic innovations in the piano sonata, mazurka, waltz, nocturne, tude, impromptu and prlude. His works are masterpieces of mid-19th century Romanticism and considered beautiful to this day.

Chopin on Dixieland Tuba - How cool is this!

Chopin Music for Other Instruments

I will do my best to find more as time progresses, but for now my favourite Chopin weirdness, other than the glorious Dixieland tuba on youtube, was the Brighton Bottle Orchestra. I heard them in 1985 on the Edinburgh Fringe. Amongst their many outstanding achievements were some Chopin renditions. Sadly I am unable to locate a video or recording. The nearest I could come was the Greyband - a bizarre recording by reputed extra-terrestrials, however it is not a real bottle orchestra, just a synth! 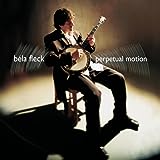 Perpetual Motion and other items from Bela Fleck

Bela Fleck is one of the greatest five-string banjo players performing today. Beginning in the 1970s, he honed his lightning-fast chops performing bluegrass, then moved on to contemporary jazz and fusion sounds. With this album, he broadens his horizons once again by performing an entire programme of classical-music transcriptions. Reminiscent of classical-guitar albums by John Williams (who makes a guest appearance here), the disc traverses a wide repertoire--from Chopin mazurkas to Bach's Two and Three Part Inventions. Throughout, Fleck displays a feathery touch on his banjo, and his instrument offers a pleasant, brassy tone with very little twang. The technique he displays on Perpetual Motion is astounding and a refreshing change of pace from the smooth grooves found on the banjoist's Flecktones recordings. The arrangements are generally minimalist and understated, but violinist Joshua Bell, bassist Edgar Meyer, mandolinist Chris Thile and percussionist Evelyn Glennie join in on this ground-breaking disc. Bluegrass purists may be disappointed, but classical fans will be astounded by how perfectly natural Fleck's banjo sounds on these works. -- Jason Verlinde

But Bela Fleck was not the first to "Banjo Chopin"

That honour goes to Alfred Cammeyer in 1888. Sadly, when he was invited to play at a private party for Sir Arthur Sullivan, his arrangements failed to please entirely. Cammeyer was advised to write music better suited to the tone of the banjo and he proceeded to do so!

"Well, Cammeyer, we have all enjoyed your playing very much, and my hearing your instrument again has not in the least diminished my opinion of its charm, But what I do appreciate now is that it would sound very much better if you played music more suited to its peculiarities. Now Chopin's Nocturne does not suit the Banjo in the least! Is it necessary that you should play such things as this?"

A nocturne (French for "nocturnal") is a composition inspired by, or evocative of, the night. The most familiar nineteenth century form is a solo piano piece. The first piano nocturnes were by the Irish composer John Field, the father of the Romantic nocturne. These usually feature a singing melody over a guitar-like arpeggio accompaniment. However, the most famous exponent was in fact Frederic Chopin, who wrote 21 Nocturnes.

The mystery of the disappearing review strikes again! Anyway, John Field was probably the first exponent of the Nocturne. Here you can listen to some samples. 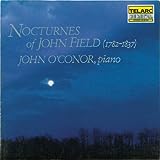 From the unexpected saxophone improvisation in the jazz quartet, via the classical guitar solo to the incredibly demanding and possibly painful tapped solo on bass guitar these youtube videos show their makers' desire to take Chopin beyond the keyboard and take personal ownership of something they felt to be very special indeed....

Chopin's own Nocturnes. So familiar, always charming - available here to listen or purchase!

Clamouring for even more Chopin?

If you thought Chopin was just for piano but found pleasant surprises here please let us know! Thank you!