The Sound Of Music: The Story Behind the Movie

The movie starring Julie Andrews, "The Sound of Music," was my favorite in high school. I saw it maybe five or six times. It is easy to enjoy watching these movies and take them at face value but would we really want to know a whole lot more about these people or experience what they experienced in our own lives? I think not. Life as a nun was never my lot in my life or my ambition. Marrying an elderly man who already has seven children also would not be something to intentionally model one's life after. If it is your lot in life then God will give you the grace but otherwise not. And besides, the movie is a greatly distorted version of the original timeline. I later read the book written by Maria herself and learned that the events described in the movie are actually stretched out over about 20 years. The movie compresses a lot of events that took many years into what seems like just a few weeks or months and exaggerates the role of the other woman, the countess or duchess or something, who is barely mentioned in the book. Also, where is the elderly priest who taught the children their music? In the movie a rather slick music impresario seems to take that role. Basically, the movie is someone's life story repackaged as semi-fiction partly perhaps to remove or gloss over any religious objections in the minds of theatergoers. Thus, Protestant viewers can relax and enjoy the story without thinking too much about their objections to Catholicism, the parts of Catholicism to which they object.

So am I criticizing Maria Von Trapp for marrying who she married and doing what she did with her life? Not at all. Her story is admirable. In my life I will never accomplish half of what she did, most likely. It is amazing what some people can do if God wills good things for them and they work hard taking care of all those children. I am just saying that I am not her and it would be unrealistic to expect my life to be a reflection of hers. I have my own life to live. Or at least I was supposed to have my own life. But I digress. This is lens is about the Trapp Family Singers and their impact on history.

Around the Year with the Trapp family
Buy Now

As great as the movie and Broadway show were, it is also great to hear the original group and see that they actually are quite impressive in their own right if you like folk music. I really don't understand the German very much. Although most people of my generation were not even aware of the original group and only notice them now because of the movie but they had actually earned quite a few musical achievements of their own long before the Broadway laurels immortalized their name for generations of Americans.

Let Me Tell You About My Savior: Yesterday, Today & Forever/When the King Was Carpenter
Buy Now

In real life, Maria Augusta Von Trapp and the Captain were married in 1927. Maria, in her book "Maria: My Own Story," says that when the captain proposed he asked her to stay and be the second mother to his children. She says: "God must have made him word it that way because if he had only asked me to marry him I might not have said yes, because at that time I really and truly was not in love."

On the night before their wedding, not really understanding, she said to him: "Georg, I still think it wouldn't be quite necessary to get married only in order to bring up your children." She says that "he looked at me so very lovingly and put his hand on mine and squeezed it a little bit. That was his answer — except I didn't understand it.... When I did understand it — it was too late."

The Story of the Trapp Family Singers
Buy Now

Here we see that by 1944 Maria Von Trapp was in Stowe, Vermont, working on the legalities of immigrating to the United States from Austria. The captain was well known in the Austrian military. The National Archive websiteis using Maria's immigration papers as an example of persons who immigrated to the United States of America during World War II to escape the Nazi regime then occupying Austria.

After moving to the United States, the Trapp family opened a ski lodge in Stowe, Vermont in 1950. The original resort was destroyed by fire in 1980 but family members rebuilt and reopened the three-and-a-half star resort in 1983.

Maria Von Trapp: Beyond The Sound of Music
Buy Now

Prelate Franz Wasner, an Austrian priest who after studying theology in Rome was sent to conduct mass at the Trapp family's chapel. He soon taught them to sing the a capella classics of the 16th, 17th and 18th century and was their musical director for many years.

Wasner was born on December 28, 1905, in Feldkirchen, a small town in Upper Austria. After graduating from the University of Innsbruck, he was ordained a priest and served in the small rural community of Mayrhofen in Tyrol for one year. He studied ecclesiastical law in Rome and graduated in 1934.

Father Wasner returned to Salzburg where he met Georg von Trapp. He and Trapp became close friends and from that time on he accompanied the Trapp family as director and conductor on all their concert tours. He also composed several masses and Lieder songs.

Father Wasner decided to do missionary work on the Fiji Islands until 1966. During his stay he commissioned murals in the small church of his station in Naiserelangi by the Mexican artist Jean Charlot.

The Vatican appointed him rector of the "Collegio Santa Maria dell'Anima" (the domicile of German-speaking theology students in Rome) which he managed for over 15 years.

He died in June 1992 in Salzburg. And yes, I must admit that most of the information about Father Wasner comes from the Wikipedia article as well as the Sound of Music website. Somehow his picture is not exactly what I had imagined. I had pictured a somewhat more portly and rotund elderly man. 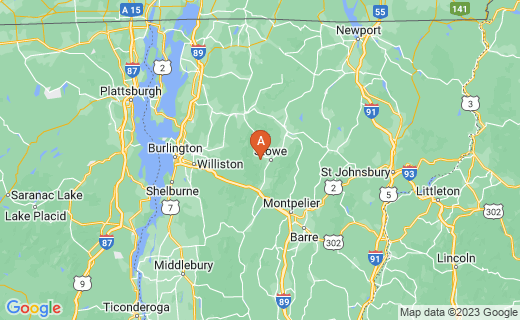 Are you also a fan of the Trapp Family Singers?