The Dark Knight is another name for the character of Batman. Starting with his birth on the pages of DC Comics in 1939, the fictional character of Batman has remained one of the most popular superheros ever created.  He's still alive on the colored page, but has also been portrayed on tv (live and animated) and in two different series of movies.

In the current movie series, Batman is portrayed by Christian Bale. The second movie in the series, titled THE DARK KNIGHT, quickly broke box office records for midnight showings, single-day and opening weekend earnings. It then went on to break records for the pace at which is has earned $100, $200, $300 and $400 million dollars. Just a little over a month after it opened THE DARK KNIGHT hit the $500 million mark, becoming only the second movie ever to reach that total domestically. It also won a posthumous Academy Award for Heath Ledger for his portrayal of the Joker.

This may not last long, so give this a watch while you can and I'll do my best to keep a working copy linked...

Bat-Stuff - show your love for the Batman

Need a gift for the Bat-fan on your Christmas list?

Dark Knight: Do or Die?

There have been statements from both actor Christian Bale and director Christopher Nolan about how this will be their last Batman film. And fans fo the comics can tell you that famously Bane is known for breaking Batman's back in one storyline. How do you think this movie is going to end?

Do you think Batman is going to be seriously injured or even killed by Bane in DARK KNIGHT RISES?

If you explore the websites listed here, you'll get glimpses into the world of the Dark Knight movie and Gotham City. Bits and pieces of the situation and storyline are hinted at or set-up, and sometimes you come across a really cool fan special or promo. Happy Hunting...

Batman has had his ups and downs when he's been adapted off the comic book page. Here are some of the best animated and live-action versions. 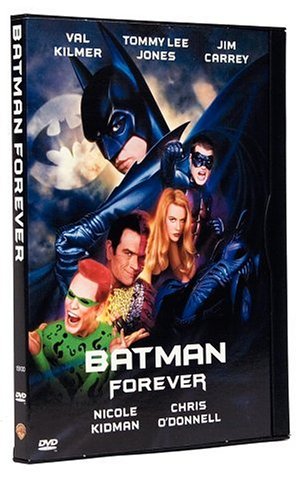 A First Look at Bane

A Video History of Batman

Who Is Your Fave Live-Action Batman?