Electro Music: The Music That Predates Electro-House by Two Decades

Electro (short for ElectroFunk) music began in the 1980s as the more synthesiser heavy flavor of hiphop. It developed alongside Hip-hop and the styles were somewhat interchangable in its infancy and the important part it played in B-boy culture. Electro is now more closely tied to other EDM styles such as House, Hip-House and Techno. The 90s brought new interest in Electro along with some innovative and underground artists who would take Electro to new sonic heights. Strangely this music style is often confused with the House subgenre Electro House, the later having more in common with its parent style than Electro.

The Electro style usually incorporates a breakbeat drum patterm (although this is not mandatory) and a hard snare on every second and fourth. The Roland TR-808 analogue drum machine was a common fixture in early Electro, and even if the original machine is not used directly, the unique characteristics of its sound are obtained via the use of samplers. The TR-606 can also be heard on some Electro due in part to its short n' snappy synthetic analogue generated tones. Slightly less often used are the distinctive percussion tones from the Casio SK-1 keyboard (see Dopplereffekt and Labrat XL). Vocals, if included, are usually delivered in either a serious or monotone manner usually through a vocoder or other sound processing technology. Science fiction themes such as the future, robots/androids, alien life, and human interaction with technology are common.

Afrika Bambatta and The Soul Sonic Force helped to shape the musical form Electro when they created 'Planet Rock' along with Arthur Baker. Made by splicing sections of Kraftwerk's 'Numbers' and 'Trans Europe Express' over a rough 808 beat. Truth of the matter is that Kraftwerk themselves can be credited with producing the prototype for Electro although it wasn't referred to by that name at the time. As Kraftwerk initially came from a Krautrock background they usually referred to their own body of work as 'electronic pop'. Tracks on their Man Machine and Computer World albums such as 'Home Computer' have much in common, sonically and aesthetically, with newer Electro tracks produced in the 90s, for example Dopplereffekt -'Infophysix' and Anthony Rother -'Red Light District'.

The 1990s saw a revival in interest in Electro and, coupled with advances in electronic music technology, a new generation of artists who would further develop the Electro sound. The rapping associated with the earlier 80s style was largely dropped in favour of mostly instrumental arrangements with sparse vocal presence.

Notable contributions include Anthony Rother with his Robot Sex EP. His style in this period combined Germanic synthesiser tones with dark cyber-dystopian themes.

The 90s also saw the emergence of the Underground Resistance associated act Drexciya, a mysterious group who took the Electro sound to new heights and levels of sophistication. Drexciya's releases combined an anonymous, anti-commercial stance with an underwater mythos and a recognisably "aquatic" Electro sound. They expanded their elaborate mythology of an underwater Drexciyan race with every release. Staunchly anti-commercial and private the member's identities were only made public after the death of one of the members. They have been linked to other acts such as Dopplereffekt, Elektroids, Japanese Telecom, The Other People Place, Lab Rat XL, and ARPANET due to similarities in sound.

New artists from this time period continue to record in this style such as DJ Skurge of Underground Resistance, and the German artist Dexter on the Klakson and Clone Record labels. The Netherlands based label Clone has been quite supportive of this style.

Detroit's DJ Stingray has a sound and style that pays homage to Drexciya while simultaneously exploring his own unique sonic territory.

There have also been many artists on DJ Hell's Munich based label International Deejay Giggolo Records that produce Electro, or at the very least have a heavily Electro influenced sound, such as Inform3r and DMX Krew. 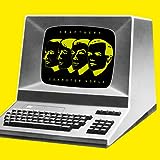 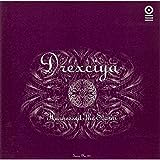 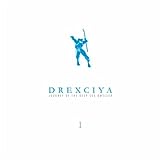 Journey of the Deep Sea Dweller I
Buy Now 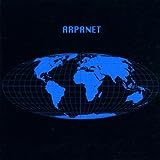