How To Record Your Own CD - Flying To Meet The Sunrise

How I released my own CD - Flying To Meet The Sunrise

If you are a trained musician with some IT ability you can record and release your own CD by investing in affordable software. The biggest investment in recording a CD is time! I was responsible for writing, arranging, performing and mixing my CD although occasionally I enlisted friends to preview the results. I now move into the harder job of promotion...

Here I will tell you a little about what goes into making a record and tell you a few "trade secrets" along the way. Of course, I hope that you will listen to songs from Flying To Meet The Sunrise and come back for more. What is more important, perhaps I can show you how to release your own CD, or just inspire you to try!

Image credit is cover of

Flying To Meet The Sunrise by Lisa Marie Gabriel. 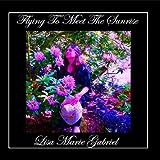 After such a long wait it is here. I can't say how relieved I am! Please hop over and have a listen to one or two tracks, see what you think...

Making Your Own CD Album

I am a composer and I have been involved in singing and playing all of my life, but for me it was only a hobby - just something I loved doing. Several years ago I first began uploading music to Dolciemuse, my Sibelius store - I had a naïve belief that somehow if I wrote good music, people would want to perform it. What I did not realize at that point is just how vast the internet is and just how much there is already out there. I sold a few scores, which pleased and surprised me, but it was obviously not going to be a career move.

A friend of mine suggested that I sing one or two songs and make a demo, maybe a few Youtube videos, but my focus at that time was on my work and my personal life. I hit a point where I didn't want to be social and I didn't want to think about what was happening around me. At that point I started to devote any spare time and energy into recording and enlisted a friend to mix some tracks for me. When he became too busy with other musical projects and his partner's illness I shelved it for a while. Things around me were happier and clearer and I pushed it into the background fora while.

Then, while on holiday in Canada, I heard Susan Boyle for the first time. Her singing knocked me for six, and I thought if she could go for it so bravely in her late 40s, maybe I should too. The recordings were back on track - but now I had to learn how to mix...

These links you can follow if interested in the technical side of audio engineering. In itself it is a huge field with engineers being highly skilled specialists. A studio will employ qualified, University educated technicians to do very different jobs. Some will be recording engineers, others will be involved as mixing engineers, mastering engineers and front-of-house technicians. Geoff is a jack of all trades and competent in all these areas - when I began mixing Flying To Meet The Sunrise I was a master of none.... 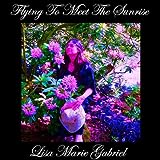 Making Your Own CD

This is a rewarding experience, but it takes a lot of time, especially if you write your own music. When I sell songs, or the CD itself, it certainly makes me feel very happy and all the many months of work were worth it!

Celtic Dream, Ashes, Come To Me

Geoff mixed these tracks for me. I had no idea what a difficult job I was giving him. I exported all my live tracks onto one CD and all my synth tracks onto another. My friend then had to put them together and produce a halfway decent sound without anyone to guide him. I actually think he did a superb job and Geoff's mixes continue to be my most popular. Thank you Geoff, I will always be grateful for the hours I know you devoted to this and the standard it set for my own learning.

It is cosy enough to double as a cat bed!

Woolly Bear loved to sit on my desk - this picture now features at the end of every Youtube video I make. I record all my live tracks onto this little portastudio, then import them onto a regular computer to mix down.

Actually, they come even bigger than this! This image courtesy of wikipedia.

Music Software On Amazon - When you want something more than a budget sound. 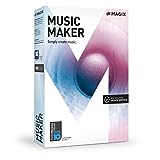 Flying To Meet The Sunrise - Instrumentals - The instrumentals on my album provide breaks in mood.

I had fun remixing these tracks. 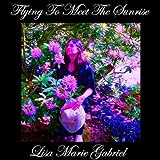 Instrumental Tracks On Flying To Meet The Sunrise

I love writing songs, but I also compose instrumental music. The Sibelius software allows me to programme instruments I do not play, or cannot play professionally and I can then mix the tracks afterwards for a more live vibe. I am learning as I go along obviously. I have learned a lot from other composers in the Sibelius Music Forum when it existed (now it is Score Exchange and has no forum) and from on line research.

The subject of electronic music is nearly as huge as that of audio engineering, so I know the steps I have taken might be big for me, but relatively small to those who know more...

The Rise Of Independent Musicians - Can they rival the big companies?

Has the digital recording revolution improved choice or just confused the market?

How much fairydust do you sprinkle on vocals? - Capturing the magic of the voice

In mixing, I learned you need to balance a lot of factors quite apart from the balance between voice and instruments. This throws up several practical questions - the answers are all down to personal taste if you are an independent artist. In the industry, certain ways of working have been established and are fairly well adhered to. The main factors are:

For myself, I have learned that cleaning a track before mixing is essential to avoid extraneous noise. Anything from microphone clicks and clocks ticking in silent parts to passing cars and gasps for breath. A lot of this will not occur in a professional studio of course. Basic advice? Pull the curtains, remove the clocks and phones, use a good microphone and your mixing software should enable you to cut "notches" out of the sound where breaths occur.

Tuning - a bugbear really. Autotune sounds like it says - automatic! It is fundamental to some pop singers sound. It flattens out all nuances and bluesy vocal effects. Melodyne is a little better. On a jazz or country track it would be disastrous to take those "edgy" bits away. Tuning software should always be used with care. The Beatles and the Animals sounded a little off key, but nobody cared back then....

Chorus - I use a little natural chorus by using two microphones a few inches apart. Artificial chorus is produced by "detuning" a signal, then adding it to the original. I have one question - why use autotune, then chorus? The only singers who can be perfectly in tune by the way are trained trebles - their voices have little character or edge and though beautiful are out of place in pop music. This is because, like flutes, there are few harmonics in the sound of trebles singing.

Reverb - most singers are scared of singing without reverb. Used sparingly it can make the voice richer - like singing in the bath or in a cathedral. Early 1950s and 1960s recordings were often made in echoey rooms! Too much reverb can produce "tinny" sounds on the track.

Compression - my favourite. I use very little. Most engineers use many passes adding successive layers of compression to vocals. I have learned that some is needed to avoid the volume bouncing too much but again too much - although industry standard uses much more than I do - flattens the voice. Quite simply, compressed vocals behave well but are dull. In standard recording, vocals are compressed to almost "flatline" to get rid of volume peaks and troughs, then an "exciter" is used to make it sound more lively.

Vocals can be cut and paste versions of hundreds of takes, then engineers play with them until they get the sound they want. In the old days a song would be done in one or two takes - as mine are still....

My Mixes On Flying To Meet The Sunrise

Kathy asked me what was my favourite mix, and I had to say "The last one." Part of this is that you learn from each track. Some of my early vocal mixes tended to clip and distort a little, so I remixed them. In the end, there were magic moments with each.

These are links that may help you. I use Tunecore and Jango - there are others. Feel free to explore.

Are you interested only as a listener, have you produced your own independent music, did you record for a big record label or are you just passing by? Feel free to say Hello! :)

Thank you for visiting.