Great is Thy Faithfulness!

Great is Thy Faithfulness! God is so awesome! ~ I woke up this morning with this song in my heart and on my mind, so I thought I should share it. You see, I have had a few worldly things on my mind unfortunately that were weighing me down and making it hard to relax. Things we all think about - health problems, concerns for loved family and friends, wonders about raising the children, employment issues, and all those other types of daily dirt. I suppose I could get really bogged down with it, but God won't allow me. As I awoke with these concerns on my mind, I started to pray. God always hears and answers His children in one way or another. For me, He speaks in song. The lyrics to one of my most favorite songs, Great is Thy Faithfulness, kept coming to me. I know the Lord was telling me to trust in His faithfulness because He is the One in control of all of these events. The Bible tells us in Romans 8:28 - "we know that in all things God works for the good of those who love him, who have been called according to his purpose." I may not know why all these events are happening, but God does, and I believe He has a greater purpose than I could possibly image for each of them! I do trust in His everlasting faithfulness! Praise God!

Since the song was going over and over in my mind, I decided to look up some information and videos about Great is Thy Faithfulness to share them with you. I truly hope they touch you in a special way like they did to me. : ) Enjoy the videos -sorry, I couldn't pick just one or two - there are all styles of music in hopes that you find your preference.

"Great Is Thy Faithfulness is a popular Christian hymn written by Thomas O. Chisholm (1866-1960) with music composed by William M. Runyan (1870-1957) in Baldwin, Kansas, USA. Thomas O. Chisholm wrote the poem in 1923 about God's faithfulness over his lifetime. Chisholm sent the song to William Runyan in Kansas to be set to song and published that same year. The song was published by Hope Publishing Company and became popular among church groups. The Biblical lyrics reference Lamentations 3:22. The song was exposed to wide audiences after becoming popular with Dr. William Henry Houghton of Moody Bible Institute and Billy Graham who played the song frequently on his international crusades." ~ Info from Wikipedia.

Lighthouse Graphic Thanks to GospelGifs!

Because of the LORD's great love

we are not consumed,

for his compassions never fail.

They are new every morning;

great is your faithfulness.

Great is Thy Faithfulness - Videos with Lyrics to the Hymn

I wanted to provide you with the lyrics to the entire piece of music, but I do not have the proper copyright license to do so. You may find lyrics on these videos (first three) performed by CeCe Winans, Chris Rice, and others or at this online hymnal.

You may scroll to the bottom of the "Popular Hymns" page for nine free desktop backgrounds for Great Is Thy Faithfulness containing some of the lyrics and beautiful photos.

God's Faithfulness from the Psalms!

Which gives you the most comfort?

History of the Hymn

~ Thomas was born in a humble Kentucky log cabin in 1866. With only a grade school education himself, he became a teacher in a one room schoolhouse at 16 years old. He held other jobs in his life such as an associate editor of a weekly newspaper, The Franklin Favorite, and an insurance agent until the age of 27 when Thomas came to know the Lord while attending a revival meeting. Mr. Chisholm studied to become a Methodist minister, but his health conditions caused him to pastor officially for only a short time. Mr. Chisholm wrote about 1200 hymn texts and songs during his lifetime before he passed away in New Jersey in 1960.

~ In his own words from 1941, "My income has not been large at any time due to impaired health in the earlier years which has followed me until now, although I must not fail to record the unfailing faithfulness of a covenant-keeping God, for which I am filled with astonishing gratefulness."

~ "While many hymns are born out of a particular dramatic experience, this hymn was simply the result of the author's morning by morning realization of God's personal faithfulness." ~ Popular Hymns

~ "Chisholm did not write this hymn because something great and miraculous had taken place in his life. No, he wrote this because over his entire life he had learned to see the greatness of God." ~ College of the Open Bible

~ "... simple realization that God is at work in our lives on a daily basis ... The hymn reminds us that God doesn't only work in dramatic or miraculous ways, but also in simple, everyday ways. It also reminds us that Jesus has never failed us in the past, so we have no reason to doubt his faithfulness in the future." ~ Greg Scheer, 1994; Hymnary

"The LORD, the LORD, the compassionate and gracious God, slow to anger, abounding in love and faithfulness, maintaining love to thousands, and forgiving wickedness, rebellion and sin. Yet he does not leave the guilty unpunished; he punishes the children and their children for the sin of the fathers to the third and fourth generation."

~ William's musical talent was evident at a young age. He even became a substitute organist at the age of 12. God called him to become a Methodist minister in 1891. Mr. Runyan served as an evangelist from 1903 - 1923 for the Central Methodist Conference.

~ The tune Faithfulness in was composed by Mr. Runyan in 1923 for Mr. Chisholm's text. "Mr. Chisholm and I were devoted co-workers, and I wrote harmonies to some 20 or 25 of his poems. This particular poem held such an appeal that I prayed most earnestly that my tune might carryover its message in a worthy way, and the subsequent history of its use indicates that God answers prayer." ~ Mr. William Runyan; 1943; Hymnary

~ God gave William many other jobs after 1923 including being a pastor in Arkansas, an editor of Christian Workers Magazine and the Hope Publishing Company, and taught at the Moody Bible Institute (where Great is Thy Faithfulness became the school hymn) until he retired. The song was used frequently during the Billy Graham missions in Europe in the 1950s. Mr. Runyan composed many tunes and texts for hymns during his lifetime.

Great is Thy Faithfulness!

~ Enjoy this thought provoking article / Bible study entitled "Great is Thy Faithfulness" at Bible.org by Richard L. Strauss. It gives many Bible references and explanations about God's faithfulness to His people.

The Psalms Tell of God's Faithfulness

Do you have a favorite?

Every good and perfect gift

coming down from the Father

of the heavenly lights,

who does not change

More in the Psalms!

Pick one that speaks to you. :)

Learn to Play Beautiful Piano Arrangements! - (These may be a little overwhelming at first, but with a little "faithful" practice, you can do it, brothers and s 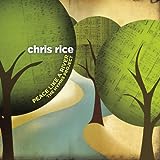 May the LORD now show you

Have you experienced God's Faithfulness? - God loves you & wants to reach out to you, friends. =D