I discovered the Swedish group Hedningarna more than 10 years ago, when a friend of my roommate came back from archeological digs in the Gotland (a Swedish island). She spent her summer listening to Hedningarna and bought my roommate one of their CD ("Tra"). It was an instant love affair. The kind that makes you wonder how you could have lived before without their music.

Who is Hedningarna anyway?

Hedningarna means "The Heathens". Their music is an interesting mix between Scandinavian folk, electronic and rock. Some of their pieces even have a gothic appeal. This "techno-gothic" sound was very present on the album "Tra", making it their most successful album in term of sales.

Hedningarna is a Swedish band inspired by Swedish as well as Finnish traditional folk songs.The group is currently formed by 4 instrumentalists. Two of them have been with the group since the beginning in 1987: Hallbus Totte Mattson and Anders Norrudde. The other two, Magnus Stinnerbom and Christian Svensson joined the group in 1999 and 2000 respectively. These guys can play an amazing assortment of instruments, including many ancients: lute, hurdy-gurdy, mora-oud, mandora, Swedish bagpipe, willowflute, moraharp, goathorn, viola, hardingfela, basmoraharp and many more.

The original group was formed by Bjorn Tollin, Hallbus Totte Mattson and Anders Norrudde in 1987 and a first album was release in 1989.

In 1991 two female Finnish singers joined the group: Sanna Kurki-Suonio and Tellu Paulasto. This Swedish-Finno version of the group lead to their 2 best and most acclaimed albums: "Kaksi!" in 1992 and "Tra" in 1994.

In 1996 Tellu Paulastro left the group and she was replaced by Anita Lehtola. In 1997 Ulf Ivarsson, a bassplayer, joined Hedningarna and the album "Hippjokk" is released. He will leave the group in 1997.

In 1999, "Karelia-Visa" is released and after a three week tour in the USA, a new member, violin player Magnus Stinnerbom, join Hedningarna.

In 2000, Sanna Kurki-Suonio is replaced by Finnish singer Liisa Matveinen. Anita Lehtola and Bjorn Tollin left the group. Anita is replaced in 2001 with the return of Tellu Paulastro (now Turkka).

In 2003 a compilation album is released and after a Scandinavian tour, the Finnish singers left definitively.

One of the only music video By Hedningarna: Vargtimmen - One of my favorite song by hedningarna 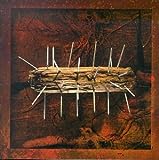 Tra
I discovered Hedningarna with this album and love what I heard . Tra packs a lot of punch and if you have to have one Hedningarna album in your collection this is the one. It's from their best period (1991 to 1996 ) when the group was made of Bjorn Tollin, Hallbus Totte Mattson, Anders Norrudde, Sanna Kurki-Suonio and Tellu Paulasto. Amazing music, you won't get bored. I listen to them since almost 20 years and it's still as fresh and interesting as it was the first time.
Buy Now

One of the too few video of a live Hedningarna performance! From their album Hippjokk.

"Knarklaten" (the Bulldog) perfomed lived. You won't find this track on any of their album, but on "Nordic Roots" volume 3

websites with information on Hedningarna

This track is on the "Tra" album. Sung in Finnish by Sanna Kurki-Suonio and Tellu Paulasto. If you need a little motivation to do your fitness training, play "Pornopolka".

What is represented on Hedningarna's Kaski cover? 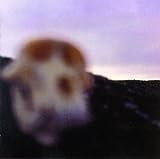 Ok, I haven't found any information regarding the

Kaksi album cover. Is it a blurry picture representing something, or just some doodle / modern art?

And if someone have a definitive answer (with proof) I'd be interested to know. So let's do some brainstorming here, your guess is as good as mine!

Does this album cover represent something??

Did you know about Hedningarna before coming here? 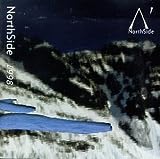 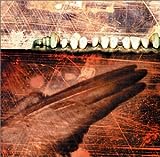 If you enjoyed Hedningarna music, don't miss some of these artists

"Nordic Roots" will be a good pick to sample some of the best Scandinavian Folk-Rock artists. It includes tracks from Hedningarna, Vasen, Groupa, Hoven Droven, Hege Rimestad and many more. A great album that will make you want to discover these artist's work.

Swedish group "Garmarna" is another sure choice if you liked what you heard here.

"The Wizard Women of the North" features Norwegian, Swedish, and Finnish female musicians.

And of course, you have to listen to one of "Varttina" album. The finish group is probably the leader in Scandinavian folk revival music. They certainly have open many doors to younger artists.

I hope you enjoyed Hedningarna!