Hugh Hefner was born on April 9, 1926 in Chicago, Illinois. Hefner is the oldest of two sons born to Grace and Glenn Hefner. His father, an accountant was very strict. He was a Methodist churchgoer, prohibitionist and in many senses a Puritan.

In June 1949, Hugh Hefner married a university classmate, Mildred Williams. They had two children, Christie in 1952 and David in 1955. Their marriage ended not long after Mildred admitted to having an affair.

Hugh Hefner worked as a promotion copywriter at Esquire from 1951-1952 when the magazine moved to New York.

In December 1963 Hugh Hefner started Playboy with $10,000. Initially the magazine was going to be called "Stag Party", but since there was another magazine with that name, it was changed to Playboy. The first "Playmate of the Month" or at that time, "Sweetheart of the Month" was Marilyn Monroe. Marilyn had done a nude photoshoot in 1947 when she was a struggling actress. Six years later at the height of her career, Hugh Hefner bought the rights to the photos for $500 and used them to launch Playboy. The 48-page issue sold 53,991 copies. After the success of the first issue, the rest was history.

In 2005, Hugh Hefner and his three girlfriends, Bridget, Holly and Kendra of the time started their own reality TV show, Girls Next Door.

Do you know these Hugh Hefner facts? Test your knowledge.

Now there is a new Playboy Club! In 1988 Hugh Hefner closed down the last of the Playboy clubs. But in October of 2006 he opened the NEW Playboy Club On The 52nd floor of the Fantasy Tower at the Palms Hotel Casino. The playboy bunnies now wear a newer outfit that has been designed by Roberto Cavalli.

The Playboy Mansion is located at 10236 Charing Cross Rd., Beverly Hills, California. The mansion is built on 5.7 acres in 1927 and was bought by Hugh Hefner in 1971. The mansion has a private zoo, aviary, tennis courts, large swimming pool and a grotto. The Mansion is the only private residence in the city of Los Angeles with a permit for fireworks.

You can buy a video game called Playboy: The Mansion and simulate being Hugh Hefner. The game is rated M for "Mature," and definitely includes some steamy hanky-panky.

Buy Someone You Love The Cool Video Game "Playboy: The Mansion"

Buy Some Real Playboy Memorabilia and Help A Good Cause

Frequently, Hugh Hefner or one of his girlfriends, will donate clothing or some item to charity. These are usually sold by an agency QLu. Each item comes with a Certificate of Authenticity, to show that it is real and original. The cool thing is that a part of your money is donated to a good cause. You get a cool item and give money to someone in need. What could be cooler than that?

For example, Brigets Charity is the Jeremy Murphy Assistance Fund, for a soldier seriously wounded in Iraq.

For The Ultimate Playboy Collector!!

Playboy: The Complete Centerfolds
Now, for the first time ever, Playboy has gathered together every Centerfold from every issue into one luxurious collector's edition. That's over 600 beauties. They've reproduced these Centerfolds exactly as they appeared in the magazine to create a full-size, deluxe volume. Paging through this colossal, chronological collection provides a breathtaking view of their evolving appreciation of the female form: from the fifties fantasy of voluptuous blondes to the tawny beach girls of the seventies to the groomed and toned women of today. Housed in a handsome leather briefcase lined with velvet, this impressive tome is the ultimate indulgence for every passionate collector.
Buy Now

Dress For Success - In a Hugh Hefner Smoking Jacket, (without pipe)

Before buying check to make sure it is without pipe. 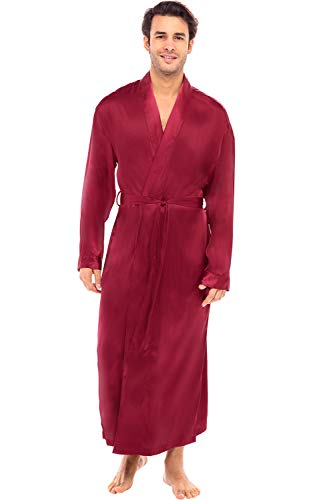 Smoking Jacket With Pipe - Before buying, check to make sure that the Hugh Hefner pipe is included! 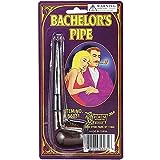 Final Things To Do!

Let Us Know Your Thoughts About Hugh Hefner