The Life of J.S.Bach and Jesu Joy of Man's Desiring

Why Jesu Joy of Man's Desiring?

There is something about the life Bach led as a "jobbing musician" and family man that I find much more appealing and personal than the fame and genius of Handel, his contemporary. Bach led a very different life, and despite his huge stature in music, did you know he had to be rediscovered by Felix Mendelssohn in the 19th century before the world could enjoy the fruits of his labours fully?

Image of Bach in the Public Domain, edited by myself. Please do not copy this version.

Bach as a family man.

Bach had 20 children but only ten survived to adulthood. In those days infant mortality was high and childbirth was dangerous. He was actually married twice. The four children who survived out of the seven from his first marriage to Maria Barbara were Catharina Dorothea, Wilhelm Friedemann, Carl Philipp Emanuel, and Johann Gottfried Berhard. Anna Magdalena Wilcke became his second wife and the couple had 13 children of whome six who survived to adulthood. The six who survived were Gottfried Heinrich, Elisabeth Juliana Friederica, Johann Christoph Friedrich, Johann Christian, Johanna Carolina, and Regina Susanna.

Of Bach's thirteen surviving children, five went on to become professional musicians and four became famous composers in their own right. These five were Gottfried Heinrich Bach who was accomplished in his time, Carl Philipp Emanuel Bach, Johann Christian Bach, Wilhelm Friedemann Bach and Johann Christoph Friedrich Bach who were all renowned composers so you see when you refer to "the composer Bach" it is potentially confusing.

What Instruments did Bach play?

Musicians often pride themselves on how many instruments they can play. Once you have the basics of understanding music and the will to practise the physical techniques it is not too difficult to become a multi-instrumentalist. It is more difficult to attain competence on several instruments though unless they are related. In Bach's day if you wanted to compose you really had to understand the mechanics of instruments unlike today when we can use samples and composition programmes on the computer.

Bach's main areas of expertise were keyboards, strings and voice. He played the organ, the harpisichord and the clavichord (an ancestor of the piano) and sang in a choir. He also played violin and viola.

Why arrange Jesu Joy of Man's Desiring for Orchestra?

Yesterday I arranged Jesu Joy of Man's Desiring by J.S.Bach for amateur orchestra. Well, to be accurate, I was arranging it - I finished the job this evening. Well, when I say job, it was not a commission - I did it because I love Johann Sebastian Bach, I love his music and he fascinates me as a person. Like Bach I try to make a living as a composer and arranger. Unlike Bach I am not great or famous but it is a vocation. 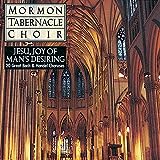 Hasn't it been done before?

Oh yes, of course it has! Many many times and undoubtedly far better than ever I could. I wanted to make a small scale arrangement for guitar and flute (a combination I love) but I looked at this huge old score with strings and choir, soprano, alto and tenor clefs and old fashioned rhythm notation and I thought... why not? I am going to learn so much from this about the orchestra, about these weird old clefs, about Bach's style and about what really matters! Lots of good reasons to spend three days labouring over a hot laptop...

Bach's three most popular tunes have been names as Toccata and Fugue in D minor, Jesu Joy of Man;s desiring and Air on a G String. Do you agree? You can chime in on the poll!

What is your Favourite Piece of Music by J.S.Bach

What is your favourite piece of music by J.S.Bach

It seems strange to us these days that by the end of the 19th century Bach was all but forgotten as a composer. He had huge influence on the early studies of many musicians including Mozart and Beethoven. The 48 Preludes and Fugues were the basis of early piano technique but counterpoint had fallen out of favour in the Classical Era and the simpler harmonic style of Haydn, Mozart and others had contrapuntal music on the rocks. It was left to Mendelssohn to rediscover and popularize the music of this great man and find a whole new audience for some amazing compositions.

So what was a Klavier and how could it be bad tempered? It seemed like an odd title to a youngster, but well tempered I learned meant these pieces were written for an entirely new instrument! The piano developed from the klavier and by developing a tuning system called equal temperament, composers were enabled to exploit the colours of all possible keys without them sounding horribly out of tune! J.S.Bach was one of the first to exploit these new ideas!

Bach's music never descended into complete obscurity. His chorale melodies were often sung as hymns in church like Nun Danket Alle Gott and the 48 Preludes and Fugues were the must go to collection of pieces for would be professional pianists. They explored every possible key on the instrument and thus were great for developing musicianship but before "equal temperament" this would not have been pleasant to hear. A piano that is perfectly in tune in C major is going to sound pretty dreadful in B major or in A flat. It was necessary to develop a tuning system for the klavier or clavichord (an early form of piano) that was slightly and equally out of tune across the whole range. Bach's 48 Preludes and Fugues was a technical celebration of the new tuning system.

A Simple Explanation of Equal Temperament

Many modern composers and other arrangers have sheet music downloads of Bach, some of which you can see here.

Some Popular Recordings of Jesu Joy of Man's Desiring 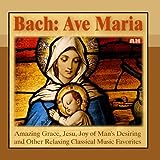 Does Bach's music have relevance today?

What is so special about Bach's music?

Bach and Handel were writing at the very pinnacle of the Baroque era. Whereas Handel was mainly writing oratorio and opera for a public audience, Bach was writing for secular patrons and working as an organist. They both wrote both sacred and secular music for voices and instruments and were developing harmony alongside counterpoint. Bach's use of counterpoint was amazing and to this day his genius shines through in instrumental compositions. I remember as a young student being assigned to "harmonise chorales in the style of Bach" - at the time this was a chore, but it taught me a lot about harmony and using voices in music. Bach's music continues to be popular with all ages and in fact he influenced an entire generation of rock guitar players!

I hope you found this page interesting, and that you will call again! Thank you for visiting!

Do you enjoy Bach's music? - Is there a favourite Bach piece you would like arranged?