Jimi Hendrix was a complicated man. His guitar style was extremely personal by necessity because of Jimi being left handed in a world made for right handed people. Jimi Hendrix, electric guitarist, musician, songwriter and Woodstock Performer. It still amazes me how many people still want to know more about Jimi Hendrix, 40 years after his death.

Hendrix was blessed as a songwriter, musician and one of the most original electric guitarists of all time. His style ranged from blues to hard rock, modern jazz, and soul. Hendrix had some weird "inner connection" to his music, like he felt it all the way down to his soul. He was a musician at an early age and could just feel the music. Before actually getting his first real instrument, he would "play" guitar with a broom or a one-string Ukulele. Hendrix began to teach himself to play a real guitar at the age of twelve, when his dad finally gave him a real guitar.

Hendrix was left-handed and had to restring his guitars upside down. Unlike the right handed guitar players, Hendrix was forced to turn the guitars in the opposite direction from how it would be played and left the strings at the bottom, unless he rearranged them.

Take the poll while you're here, watch some Hendrix videos and enjoy! For more on the Woodstock festival visit Woodstock, and Grateful Dead.

Woodstock is known for the "three day" music festival held on Max Yasgur's farm. What most people don't know is that Woodstock was 4 days long, continuing on Monday August 18, 1969. Due to bad weather and logistical problems causing long delays, Jimi Hendrix did not appear on the Woodstock stage until Monday morning, August 18, 1969. The attendance had been reduced to about 180,000 thousand, many of whom merely waited to catch a glimpse of Hendrix before leaving.

What Guitars Did Jimi Hendrix Use?

Jimi Hendrix seemed to go through as many guitars as he did strings. His favorite guitar to use was the Fender Stratocaster. Better known as the "Strat" and the most famous guitar brand associated to Jimi. He started playing Strats in 1966, mostly during stage performances and recordings.

Hendrix borrowed a Fender Telecaster from Noel Redding to record "Hey Joe" and "Purple Haze", a white Gibson SG Custom for the Dick Cavett show in the summer of 1969. Jimi owned a Flying V that he'd painted psychedelic designs on, the Flying V used at the Isle of Wight was a unique custom left-handed guitar with gold plated hardware, a bound fingerboard and "split-diamond" fret markers that were not found on other 60s-era Flying Vs.

With its stunning and unusual Purple Sparkle polyester finish, matching headcap and gold anodized pickguard, the guitar features mods requested by Mascis himself-including an Adjusto-MaticTM bridge, reinforced tremolo arm housing and a satin-finished neck. The Dinosaur roar comes from dual vintage reissue pickups and the barrage of controls the Jazzmaster has always been known for-a three-position toggle switch with volume and tone knobs and, for this model, a two-position slide switch with volume and tone controls configured as a 'lead tone circuit' (up) and a 'rhythm tone circuit' (down).

Unsafe at any speed! Buckle up boys and girls, because this CVT will take you on a ride to the wild side of Gretsch. Newly designed Mega Tron pickups howl at the wind, and the ultra slim design means you can take this baby on the go

Love Fender Stratocaster Guitars? - Here Are More To Choose From!

This was Jimi's favorite guitar to play. As you can see, there are many to choose from. Find one you like today! 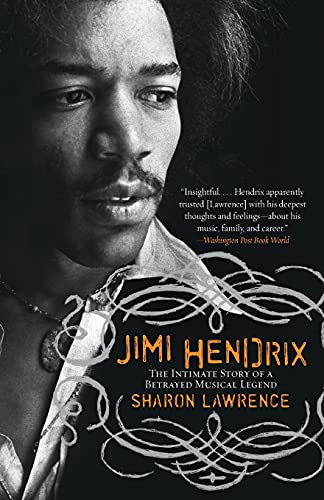 Was Jimi Hendrix Murdered? - Murder or Overdose? Take The Poll!

Until I started researching this lens, I was totally unaware of the "unusual" circumstances surrounding the death of Jimi Hendrix. Some research suggests that he died of an overdose of sleeping pills and red wine. Seriously? It wasn't from Heroin or LSD or any other of the many "psychedelic drugs" so many rock and roll entertainers had died from during this era.

During the 1960s, drug overdosing was out of control. It was the reason given for almost everyone that died. It was reported that "psychedelic drugs" or "mind altering drugs" were the cause. It was the constant "norm" for deaths of serious rock and roll entertainers back then.

Oh, it would have been so easy to cover up a murder back then, everyone was doing psychedelic drugs and many "died from overdoses" but did they? Or was it something different? Was it murder? There are questions about the death of Jim Morrison still circulating. He didn't die in the bathtub, he died in a bar bathroom. Hmmmmm.

Other research suggests the circumstances surrounding his death are "Plausible".

Plausible: apparent reason or valid truth, arguable, can be supported by argument as believable; credible

A conspiracy is defined as an agreement between two or more people to commit a crime, fraud, or other wrongful act.

Conspiracy theory is different. A conspiracy theory states that a small group of international elites control and manipulate governments, industry and media organizations worldwide and conceal information from public knowledge.

Jimi Hendrix died on September 18, 1970. It is rumored that Jimi Hendrix was murdered. Were the sleeping pills and red wine a cover up of a conspiracy?

At St. Mary Abbots Hospital the report was, "that the patient seemed to have "drowned" in his own vomit and there were large amounts of red wine in Jimi's lungs and hair. His hair?

Bannister was the on-call registrar at St. Mary Abbots Hospital the day Jimi Hendrix died and is now backing up the roadie's theory, saying it: sounded plausible because the volume of wine" found in Hendrix's lungs, hair and on his body.

Bannister said "We worked very hard for about half an hour but there was no response at all. It was an exercise in futility."

"The amount of wine that was all over him was just extraordinary. Not only was it saturated right through his hair and shirt but his lungs and stomach were absolutely full of wine," he said. "I have never seen so much wine." We had a sucker tube down his trachea, the entrance to his lungs and to the whole on the back of his throat.

"We kept sucking him out and it kept surging and surging. He had already vomited up masses of red wine and I would have thought there was half a bottle of wine in his hair. He had really drowned in a massive amount of red wine."

The account fits with one given by James Wright, a 65-year-old former road manager who worked for Hendrix's manager Mike Jeffrey.

Wright has claimed taking out a $2m life insurance policy on the star, amid concerns about his increased drug-taking, told him Hendrix was "worth more to him dead than alive".

He alleges that Jeffrey confessed to him that he had ordered the killing a month before his death in a plane crash. With the manager and the girlfriend dead, there is no one left to give us any new information. Were they both "murdered" too?

Wright's version is that Hendrix was killed on the orders of Jeffrey, by a gang who broke into his hotel room, forcing wine down his throat until he drowned. Jimi had ingested the sleeping pills already and was so relaxed, explaining why there was so much in his lungs and hair.

There "unusual" circumstances surrounding the death of Jimi Hendrix. Take the Poll and leave your comments and opinions here. Overdose was the "common" cause of death back then. A lot of entertainers died and all we kept hearing was drug overdose. I do believe that law enforcement could have covered up anything they wanted to during this particular era, before all the science forensics came into play.

Murder or Overdose? To bad we will never know.

What do you think happened to Hendrix?

If you have taken the time to stop by, please leave comments and opinions. I love to hear from you!