Got Blues? Get a Sample of Joan Armatrading and Her Blues Music

In the seventies Joan Armatrading had playing time on LA rock radio. KROQ for one. I would hear any of her songs just once and I was instantly impressed. Very early in my adult life I was attracted to the blues. That head bobbing beat suits me fine. If you have good guitar, a mellow voice and maybe harmonica I will listen.

I still like Armatrading's music, but there is no radio airtime for her anymore. Explore and see what you think about England's blues master. She has been working more than ever.

There Is Much To Admire in Joan Armatrading

Joan started playing the guitar as a child. Her mother traded two strollers for it at a pawn shop. In her early concerts you saw a thin woman with an afro and simple clothes. Pants. Now you see Joan with her guitar and still in pants.

She is a singer, a song writer and a guitarist. All these talents are evident in her latest CD Into the Blues. She was awarded a Grammy nomination for Best Blues Album 2008. The first UK female to get such a nomination.

For the past fifteen years I lost connection to her music. I am glad I revisited Joan Armatrading.

What My Research Revealed

Joan Armatrading was born in St. Kitts in 1950 and moved with her five siblings and parents to the industrial area of Birmingham, England as a small child. She quit school at sixteen to work and help the family. Her guitar was always nearby. She traveled to London in the early 70's to explore her chances in the music world. There were hits early. Love and Affection and The Weariness in Me.

The early songs are the ones I'm familiar with. Researching for this lens introduced me to her new work and I like it.

Into the Blues showcases Joan's guitar abilities and, of course, the deep mellow steady voice singing the lyrics. She never strays from the words and delivers them without embellishments or extra notes up or down. She has range and will sing in falsetto when she chooses to. 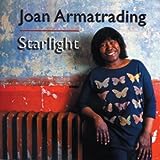 Facts About a Blues Artist

Get All the News on Joan Armatrading's Official Website