But, don't take my word for it, take a listen: - John Michael Talbot

[info. from Wikipedia:] John Michael Talbot was born on May 8th, 1954 to "a Methodist family with a musical background in Oklahoma City, Oklahoma", and began "learning to play the guitar at an early age." In 1969, At age 15 he dropped out of school and began playing guitar for Mason Proffit, a country folk-rock band formed by his older brother Terry. Read the Wikipedia article.

[From his bio:]"After meeting some of his heroes and seeing how they really lived their lives, Talbot came to an inescapable conclusion. 'There were some real tragic scenarios being played out,' he says, 'and it caused me to stop cold and do some serious thinking.'" That thinking led to a revelation... in 1973...that caused him to reconsider the choices he had made." (Read more of his bio.here . )

[more from Wiklipedia:} [Thus, In 1973, he left Mason Proffit and began]" a spiritual journey that led him through Native American religion and Buddhism to Christianity. [Then,] he and his brother, Terry, joined the Jesus Movement, recording the album "Reborn" which was re-released by Sparrow Records (originally released as "The Talbot Bros." on the Warner Brothers label)." Read more of the wikipedia article.

When this LP was released in 1974, it wasn't considered a christian rock album. For many, it was simply the newest Mason Proffit album.

[From Amazon:] High-class country rock album from Mason Proffit graduates John and Terry Talbot. Less electric and kickin' than bands like the Outlaws, but more of a rootsy feel than the Eagles and all their imitators thanks to an acoustic emphasis and use of banjo, dobro, steel guitar, and harmonica. Hawaiian guitar leads grace the beautiful acoustic piece 'Trail of Tears'. Fast pickin' on hoedowners 'Comin' Home To Jesus' and 'Moline Truckin' (the latter was deleted when the album was re-issued as Reborn on the Sparrow label). Several mainstream label musicians assisting to create consistent professional sound throughout without a hint of fluff.

Who is John Michael Talbot?

[info.from Wikipedia:] John Michael Talbot is an American Catholic singer-songwriter-guitarist and founder of the monastary community, "The Brothers and Sisters of Charity." Read the Wikipedia article.

[From an Amazon review: John Michael Talbot] "is a 'supremo virtuoso' at musical composition, and a wonderful singer/songwiter/guitarist."

Start of John Michael Talbot's solo career: - His 2 best albums according to some:

The first is his first and foremost album after his Christian conversion.

[From Wikipedia and the Amazon review:] " Reading the life of Saint Francis of Assisi, he was inspired to [study] at a Franciscan center in Indianapolis. {soon after his second album,'The New Earth], He became a Roman Catholic and joined the Secular Franciscan Order in 1978. [He] stopped recording[for a year, while] he started a house of prayer, The Little Portion, [which] he moved to Eureka Springs, Arkansas on land he had purchased during his Mason Proffit days. He founded his own community, the Brothers and Sisters of Charity, at Little Portion Hermitage as an "integrated monastic community" with celibate brothers and sisters, singles, and families." Read more of the wikipedia article, or get his biography.

In addition to being a brilliant singer / songwriter, John Michal Talbot is also an author in his own right, with several books published, primarily focusing on the monastic life. Check out the one of them listed below: 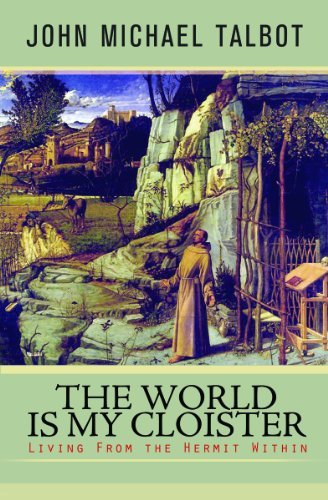 The World Is My Cloister: Living from the Hermit Within
Buy Now

[In 1979, John Michael Talbot] started [recording] again but under the auspices of the Catholic monestry which mean't initially and for a time his musical expression and freedom was stifled to a degree (and still is)."

(After "John Michael Talbot" and "The New Earth")

Amazon Spotlight Personal Review I: - One of John Micheael Talbot's best, if not the best.

This one is great for starting the day and also for ending it (the first half is really for morning and the last half is really for evening.) I have this and I usually start my day with it. It's a great way to start your day right. There's a brief instrumental with bells, as a summon to worship, then he sings "Come Worship the Lord," followed by "As Morning Breaks, I look to you, o' Lord to be my strength." This is followed by a prayer song for forgiveness and cleansing based on Psalm 51, then one based on Psalm 86 which pleads with God to hear followed by one based on Psalm 23 ("The Lord is my shepherd"). These are enough to start any day right, which is probably why they are listed as "morning" on the cover. I think this was originally vinyl and this was the first side. The rest are labeled "evening" and include "Peace Prayer" Peter's "Philippians 2:1-5" and others. --JMB 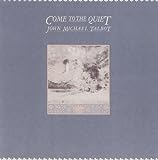 Come to the Quiet
Buy Now

The first song on the above album, with action directions:

1980 The Painter With Terry Talbot

1981 For the Bride and Troubadour of the Great King

1983 No Longer Strangers with Terry Talbot

1989 The Lover and the Beloved

1993 Meditations in the Spirit

1995 Chant from the Hermitage

[From the Amazon review:] "Wisdom is a breath of fresh air. It was a trip back to the differing nuances of his Regathering and Heart of the Shepherd work. I love Wisdom. Swift to Hear, Slow to Answer is a beautiful, meditative peace with JMT's guitar riffs in the background adding a beautiful flair to a neo-classical piece. Just a great work that will be way too under appreciated." 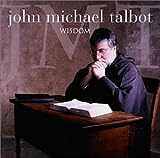 Get a sampeling of John Michael Talbot's albums all in one place: - Amazon Spotlight Personal Review II:

Personal Review by me (JMB-[faithfuljim]): I have this and It's great. It has the best songs from 16 of his albums and covers the gambit from Christmas to Easter and in between.
Tracks include "Come Worship the Lord, Glory to God, Holy is His Name, Lillie's of the Field, The Pleiades and Orion, I am the Bread of Life, Hiding Place, Wonderful Counselor, The Master Musician, Come Holy Spirit,--J M. B. (faithfuljim) 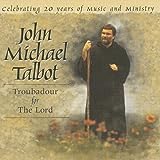 Troubadour for the Lord
Buy Now

His relationship with Michael Card

The background of the following album:

Here, in John Michael Talbot's own words, from the liner notes of the album is how he and Michael Card ended up making an album together:

"Years ago, Billy Ray Hearn introduced me to the music of Michael Card and for years we have considered working together. That desire materialized early in 1995 and th is project is the result.

'Brother to Brother began as a 'no-brainer' at a fast food place in Nashville. Michael had sung on my "Meditations on Wisdom" album and he purposed a project on which I would do 5 or 6 of his songs and he would do 5 or 6 of mine. It would work well due to our mutual respect for each other's music and ideals.

Very quickly, the project took a much more serious twist. As we spent time and sang together, we developed from two solo artists into a true duo. We also discovered deep common ground in both Spiritual and artistic convictions.

Musically, after the initial shock of realizing how much fun we were having working together, we tried to incorporate various world musical influences that express the catholic or universal aspect of both Catholic and non-Catholic Christianity. The project soon became one of the most enjoyable and challenging I have worked on in many years.

I have this one too and I really enjoy hearing at least some of the songs daily. it really is great, both because of the songs and because of the harmony--JMB. As the Amazon review says: "--a great album by two of the most honest Christian recording artists of recent years. This is filled with sincere, intense imagery with a style all its own, powerful more because of its truth than because of its already-excellent playing. This CD spends the most time in my player. Anyone who enjoys folk-driven hymns or thought-provoking lyrics rather than some of the fluff other artists are releasing will definitely enjoy this album. I would say it is a must-have album for anyone who buys Christian music in order to feel worshipful or convicted; this CD draws you in and then sends you out rejoicing!"

The opening song is a really beautiful duet about the church and pastors. Then comes the duet of "come worship the Lord" from the "Come to the quiet" album. This is followed by "Glory to you o' God." Then there's the advent suite and several numbers about the incarnation followed by one about the crucifixion and one about the communion. 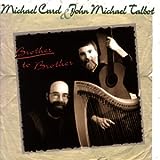