Why I'm making this page: "The Limeliters.

The Limeliters are another of the now little-know but then great folk groups of the 60's folk and they were unique because of the incredible energy and effort they put into their performances, but mainly because their lead singer was the golden voiced Glen Yarborough.

The Limeliters were formed by Lou Gottlieb (bass), Alex Hassilev (baritone), and Glenn Yarbrough (tenor) in July 1959. They were active from 1959 until 1965, when they broke up. They reunited in 1976 and were still active and performing as late as 2010, but without any of the original members, since Hassilev, retired.

They sing 4 of their favorites

The success of The Limeliters: - (info. gleaned From Wikipedia)

Their success was immediate. 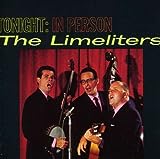 Their 3rd and 4th albums:

Their 3rd and 4th albums:

Here (below) are their 3rd and 4th albums together on one CD from Collector's Choice. These albums contain some really amazing renditions-in particular their neat . Medley of Hard Traveling and Mount Zion, their haunting renditions of "Wayfaring Stranger," and "Everywhere I look this Morning," as well as their humours treatment of "Harry Pollitt" and Mama Don't 'Low" If you like their sound, this is CD to get.

Two Classic Albums from The Limeliters: The Slightly Fabulous Limeliters and Sing Out!
Buy Now

A string of best selling albums followed. First was their children's album, "Through Children's Eyes" in 1962. [From the Editorial review:] "Each of the original Limeliters, surprisingly enough, chose this album as their most satisfying. In the midst of their hectic rise to the top of their profession, the group decided to record a children's album, live (in the best hootenanny tradition), featuring a chorus of 70 elementary school children from Berkeley, CA. The result is what the folk process is all about: children learning songs from the 'town troubadours.' Any youngster in the early '60s, could sing along with this record and learn such classics as The Lollipop Tree,' 'The Riddle Song,' 'This Train,' 'and singalongs like 'Join into the Game' and "B-A Bay." Also included are country music's Carter Family's "Stay on the Sunny Side" and a moving medley of "America the Beautiful" and Woody Guthrie's "This Land is Your Land," sung at a time when the song could still mean something for youngsters. This album is still available on cassette, and copies were sold by the Limeliters during their concert appearances in the '80s and '90s. Alex Hassilev and Lou Gottlieb were amazed by the middle-aged former kid fans who eagerly asked them to autograph their worn-out, tattered LPs. It's still a great album. Get it for your kids." ~ Cary Ginell, All Music Guide 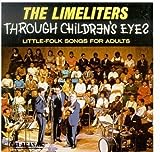 A few more best selling albums by the Limelliters

Then, came their specifiacally Christian album, "Makin' a Joyful Noise" in 1963 (I list this one separately further down with the question of their beliefs) and many others.

They had many best selling albums following "Through Children's eyes." Here is a partial list from the Wikipedia discography:

The break-up of The Limeliters

In 1963, Glen Yarbrough left The Limeliters. Gottlieb and Hassilev recruited former Gateway Singers tenor Ernie Sheldon (r.n. Ernest Lieberman) as Yarbrough's replacement, and continued the Limeliters but only as a recording act.

in 1965, when their RCA Victor contract expired , Gottlieb and Hassilev formally retired the act.

The return of The Limeliters: - (info. gleaned From Wikipedia)

The return of The Limeliters: - (continued:)

The little-known Christian Album by The Limeliters: - Makin' A Jouful Noise

I had this 1963 album on vinyl before I sold my records. I recorded it to cassette and still listen to it often. It's really great--a great way to enjoy the sound of folk music while being Spiritually inspired and refreshed. (If you still use vinyl, you can get the original LP listed below) SO WERE THE LIMELITERS CHRISTIANS? Who knows? I'd say probably for them to make an album like this, but, of course, they could have just done it for commercial reasons. Yet some of their other songs do also have Christian implications, Like "A meeting here tonight. Anyway, Take my word for it, this a great album. Too bad it's not on CD yet, but I listed the LP below. They do a wonderfully beautiful version of "Amazing Grace." Other songs include "Come and Dine," "Revive us again," "Where shall I be when that great trumpet sounds?" What wonderous love" and "How bright is th' day.." 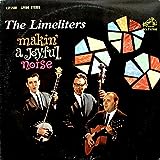 Could The Limeliters have been Christians?