"Eterna Flotacion: Los Monstruito" is an opera by Oscar Edelstein (Argentina) was commissioned in 2006 by the experimental wing of Buenos Aires' opera house Teatro Colón. Based around the political era of Carlos Menem, it was the first work to cover this period. The libretto was written by Edelstein, adapting the poems of national poet Enrique Rodolfo Fogwill (15 July 1941 to 21 August 2010).

According to the press office of Teatro Colón, "Eterna Flotación: Los Monstruito is the title of an Argentinean opera that was one of the most attractive premieres proposed in recent years by CETC (Centro de Experimentación del Teatro Colón) of Teatro Colón - the opera house of Buenos Aires - as much as for the brilliant artistic paths of it's authors, both emblematic in their respective fields, as for extremely controversial nature of it's thematic content."

"The aria that Marisú Pavón (Blanca) sings in Act I with Luis Saltos's on stage harmonica and the faltering breathing of the orchestra is memorable. Pavón shines from moment to moment." Federico Monjeau, Clarí­n

"The spectacle grips you because it is carried out by a group of notable artists who to every movement give evidence of having worked with a delivery rarely observed on stage. There, especially both the exceptional masculine protagonists, put the soul and the body in a gruelling, admirable, and even amazing acting." Juan Carlos Montero, La Nación

The original text for the opera is by Rodolfo Enrique Fogwill, and was adapted into a libretto by Oscar Edelstein.

Rodolfo Enrique Fogwill, proposed Oscar Edelstein for the project and Edelstein started the work of composing the opera in 2005. He made the libretto directly from two poems of Fogwill, "Contra el Cristal de La Pecera de Acuario" (Against the Glass of the Aquarium) " and "El Antes de los Monstruito" from the book "Lo Dado", transforming them into a continous discourse that forms a dramatic text.

The bubble burst in November 2001 leading to a run on the banks and what has been called the "tango crisis." Indeed the recent economic crises in Iceland, Greece and Spain have brought back to mind the painful collapse of the banks in Argentina that began when Domingo Cavallo (Minister of Economy) in the 1990's liberalized the economy and introduced the "Convertibility Plan" of one peso to one dollar. The "party" that followed is the subject of "Los Monstruito'" (The Monsters).

The turmoil of the second half of the opera is calmed in the final moment with an aria for soprano set to Argentinean poet, Juan L Ortiz' poem, "El Rio (The River)"

“In all its levels, the musical discourse of the work is subject to the same moral 'fall' that affects the text; techniques [musical] 'deteriorate and fall' together with the form and style; thus, also the idea of beauty, music, poetry - they travel by luck or memory towards concrete political power; the ‘fiesta’ (party) and the end of the ‘fiesta Argentina.’

The river is the only plane that is desired and remains unruffled.” Oscar Edelstein

Described in his obituary, by Guardian critic Nick Caistor, as the “Outspoken writer who captured the violence and unpredictability of life in Argentina’, Rodolfo Enrique Fogwill was a professor at the University of Buenos Aires, publisher of a legendary poetry book collection, essayist, and specialized columnist in communication subjects, literature and cultural politics. He was an award winning Argentinean sociologist, short story writer and novelist.

Oscar Edelstein is considered one of the most important and original composers in Argentina. His work is profuse and crucial in the map of Latin American contemporary music, new opera and performance. Always pushing the musical lines between the classical, the contemporary and the popular, his music has been described as the first time that Latin America has led the avant-garde. His career is distinguished by a defiant spirit of independence and constant desire to break new ground. Having been awarded important prizes throughout his career, in 2011 he was honored with a prestigious award from the National Arts Foundation of Argentina for his out-standing artistic achievement.

From Press office of Teatro Colón:

“Eterna Flotación: los monstruito’ “ is the title of a new Argentinean opera that is set to be one of the most attractive premieres proposed in recent years by CETC (Centro de Experimentación del Teatro Colón) of Teatro Colón, the opera house of Buenos Aires, as much as for the brilliant artistic paths of it’s authors, both emblematic in their respective fields, as for extremely controversial nature of it’s thematic content...

Chosen by Rodolfo Enrique Fogwill, on behalf of the Centre for Experimentation of Teatro Colón, Oscar Edelstein started the work of composing the opera in 2005. He made the script literally from two poems of Fogwill, "Contra el Cristal de La Pecera de Acuario“ (Against the Glass of the Aquarium) " and "El Antes de los Monstruito" (Before the Monsters) from the book ”Lo Dado“ (The Given), to transform them into a continuous discourse that functions as a dramatic text...

"Against the glass of the aquarium fish tank" is frankly an allegory. Like Platon thought of his allegory of the cave, Fogwill elaborates an allegory of the fish-tank: it is impossible not to identify oneself, alarmed, with one of those fish bathed in luke warm light, swimming, brushing the glass and supposing that behind the crystal the shadows are human, "As if there were worlds / outside of the fishbowl”, or "Effects / our dreams against the glass”, and “always invoking a noise / of broken / crystals / envisioned.” The prison is Argentina or the universe that the fish-tank allegorises? It’s society in general? Culture, awareness, being? The human condition? The poem can be read in all these ways and others, what matters is the encounter with something that touches the conscience having read, the mental pleasure of the findings that the murmured flow of voice weaves and alternates, as happens with the chords of a piece of music.

The opera is divided into two acts each with eleven moments.

In the first act ”La Pecera“ (The Fish Tank) the characters are blury and floating constantly under a weak blue light, with text from the poem of Fogwill, "Contra el cristal de la pecera de Acuario"

The second act - "Los monstruito" develops the characters and their situation. "El antes de los monstruito" (Before the monsters) is the last of three poems that compose the book " Lo dado" (The Given). 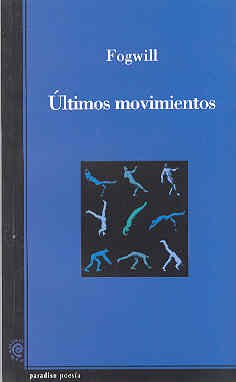