The Man From UNCLE - The Hub Affair

The Man From U.N.C.L.E television program was only on the air four short years, but it left an impression on the entire world. At the time this show was developed, the US was involved in a Cold War, Viet Nam War, and a culture war. The program was successful in that it literally brought the world together to fight evil.

Each episode was well written, and contained four acts. Each each secret mission was referred to as an 'affair.' The precept of the program was simple, yet complex. The heroes of the show were not only our favorite secret agents, but those of us who watched at home, as well.

The Man From Uncle: The History Affair

In the early 1960s, Norman Felton, wanted to produce an action adventure spy program. To get details and ideas, he went to the best source he could find for help. There was only one who best met that criteria, and he was none other than Ian Fleming, author and creator of James Bond: 007.

The Man from U.N.C.L.E. television program was developed by Sam Rolfe based on ideas suggested by Norman Felton and Ian Fleming. Ian's biggest contribution to the program was naming the main character, Napoleon Solo. Mr. Fleming's other character contribution was "April Dancer," aka "The Girl From U.N.C.L.E."

The Man From U.N.C.L.E. series began on a serious note, with scripts written similar in structure to the James Bond character developed by Mr. Fleming. By the end of the second season the program had developed more of a tongue in cheek humor with the character, Illya Kuryakin, taking on a larger role in the program. At that point, The Man From U.N.C.L.E. was one of the most popular programs in the world. Between 1964 and 1968, The Man From UNCLE was nominated for numerous Emmy, Golden Globes, Grammy, American Cinema, and Logie Awards.

The Man From UNCLE Affair

Who is your favorite Man From UNCLE?

The Men From UNCLE 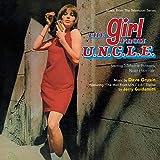 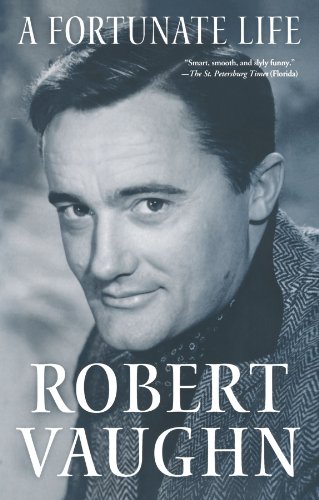 The Man From UNCLE: The Amazon Affair

More than 100 episodes of The Man From UNCLE were televised between 1964 and 1968. During this time their cast of characters, villains, and associates would include such known celebrities as Robert Culp, Jill Ireland, Ann Francis, Slim Pickins, Joan Crawford, Boris Karloff, Joan Collins, Jack Palance, Janet Leigh, and many more. You can see them all on DVDs available from Amazon.

The Man From UNCLE: The eBay Affair

The Man From UNCLE spawned an entire market of merchandise. When growing up, I didn't know anyone who didn't watch The Man From UNCLE. Every kid on the block wanted a Man From UNCLE communicator pen, board game, comic book, or shoulder pistol. eBay has a variety of U.N.C.L.E. items for sale by owner. If you are a collector, you may find something unique to add to your collection.

Each episode of The Man From Uncle ended with the following credit:

"We wish to thank the United Network Command for Law and Enforcement without whose assistance this program would not be possible."

UNCLE does not exist, and never has.

The Man From UNCLE is and always has been one of my favorite television programs (as you can tell from this production!) My special thanks to those who were helpful in providing comprehensive information about this phenomenal show. Your links are included on this page so others who seek additional information can find you more easily. As of this date, all links herein have been checked for validity.

The Man From U.N.C.L.E. is Copyright Â© Warner Bros. Entertainment Inc. The Man From UNCLE artwork herein is based on photographs provided by Lisa's Video Frame Capture Library.

Are we nostalgic yet? Did you have a thing for Illya or Napoleon? Did you watch the TV show religiously when it was on? Do you remember playing secret agent with your brothers or the neighborhood kids? How about the comic books and board games?

I would love to hear about your UNCLE experience, and what you think about the prospects of The Man From UNCLE return to the cinema or television.

Thank you for taking time out of your busy day to visit.