Im sure many of you are familiar with the cute, funny and entertaining cartoon characters Mickey Mouse and Donald Duck. Here are some interesting facts about these two world’s most recognised cartoon characters:

Mickey Mouse wear pants but no shirt while Donald Duck wear a shirt but no pants (well..i was actually laughing too after realizing this fact). Although Donald Duck never wear pants, whenever he is getting out of his shower, the duck always puts a towel around his waist. 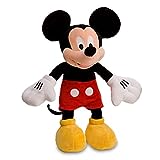 The original name for Mickey Mouse was Mortimer Mouse, however, Walt’s wife Lilian Disney did not like that name as it sounded too pompous and suggested the name Mickey instead. Donald duck, widely known for being annoyed easily and his explosive temper, he has a full name which many people do not know – Donald Fauntleroy Duck.

According to wikipedia, Mickey Mouse has been officially honored as the most popular cartoon character of all time and Donald Duck being the number three after the Bugs Bunny of Warner Bros who takes the second position. 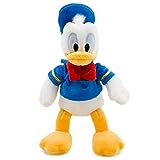 One of the most identifiable voices of all animated characters is the voice of the Donald Duck. The voice was performed by Clarence “Ducky” Nash up until 1983. After that, from 1985 and onwards, it was Tony Anselmo who became the voice of Donald (after being trained by Nash). The Mickey Mouse’s original voice was Walt Disney (1929 – 1946) before it was handed over to Jimmy MacDonald (1946 – 1977). Mickey Mouse is also the first cartoon character to talk, his first words were “Hot dogs!”.

In the 40’s Donald Duck was so popular (even more popular than Mickey Mouse) that he featured in more cartoons than Mickey.