Your guide to Twin Cities Indie bands and what's hot on the Minneapolis music scene.

Minnesota music fans (and anyone else looking for something new) stop on in to discover and listen to new music. You'll find interviews, history and of course music from Minnesota music legends as well as new up and coming Indie bands.

If you are a Minnesota musician drop us a comment and we'll be happy to feature a blurb and your latest music video on Youtube or even some live concert footage of you and your raving fans.

What is the Best Radio Station in the World? 89.3 The Current - One of the Best things to Happen to the Minnesota Music scene

Well ok maybe not the World, but Minnesota Public Radio hit a home run when it started 89.3 The Current back in 2005. It isn't often you are able to catch the very first song of a new radio station, but I remember clearly the moment 89.3 The Current aired its very first song - "Shhh", by the local hip-hop group Atmosphere. I knew then that this station would be something special.

If you love heart pumping, goose bump giving, dance in your underwear around the house music I implore you to check out The Current (available anywhere via live streaming). Here are a few of their in studio live performances - Enjoy!

Below, listen to a great in studio session at The Current with Adele back in 2010. (while not a Minnesota musician we won't hold that against her too much)

Even at 22 years old you could tell she had something special. Now seven years later she has exploded into the music world. Well over 2 BILLION views on her "Hello" video on Youtube! (not too shabby eh?)

A wonderful interview and live in studio renditions of "Someone Like You," "Rolling In The Deep" and "Chasing Pavements." Hope you enjoy a listen to this charming interview and performance.

Adele Interview and Live Performances at The Current studio

The beautiful and heart wrenching lyrics of the above rendition of "Someone Like You" were co-written (with Adele) by Minnesota music legend Dan Wilson.

Dan originally of MN music fame Semisonic and Trip Shakespeare has had his hand and pen in many wonderful top hits over the years.

Dan has written for and/or produced some of my favorite indie bands and up and comers as well. Mike Doughty, Birdy, Halsey, Andrew Bird, Phantogram, Cold War Kids, Noah Cyrus and of course Minnesota's own Jeremy Messersmith.

Check out some of the musicians to keep an eye on in the world of Minneapolis Music (and St. Paul too). Discover someone new, take a look at their website, buy their album and support the great new artists coming out of the Twin Cities and surrounding areas. 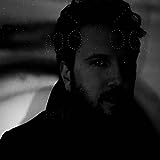 Wild Dark Metal
Mason Jennings Originally a native Hawaiian, Jennings is a MN musician transplant and he has made raving fans and friends all over the world since his debut album in 1997. 20 years later he is still going strong making breathtaking music with his distinctive sound. The 2016 release Wild Dark Metal, despite sounding like a raging metal album, is still Jennings signature acoustic strumming and buttery voice like you are used to. One of my favorite offerings in 2016 this album goes well with a glass of wine and a crackling fire and of course good company.
Buy Now

The Power of Musical Expression - Music for the head, heart, and body

Music has a very powerful effect on people, but each of us listen to music in a different way. Some of us take a cerebral approach and love the structure and form.

Others listen to music from their hearts and have a very emotional response to the lyrics; the lyrics are the most important element.

And still others have a physical response a whole body stimulation if you will.

How does music effect you? (don't worry you don't have to include pictures, it's just a poll...)

How do you listen to music?

Featuring Channy of Roma di Luna Polica is a Minneapolis band with a stunning debut album "Give You the Ghost" that came out in 2012 - check out these enchanting music videos starting with "Lay Your Cards Out"!

Polica now several years after that amazing debut has released three studio albums. After Give You the Ghost, came Shulamith in 2013 and United Crushers in 2016.

Have you enjoyed any Minnesota music recently? Tell us about it! Scroll down a bit and lay down your comment... Favorite bands, favorite songs, songwriters, etc..