My American Idol Discussion Site - You can play too

Phillip Phillips did win Season 11. I will keep some of the details here for a while of the various eliminations. Jessica Sanchez was runner-up.

This is a place to exchange viewpoints on the American Idol TV Show and the contestants as the 2012 season moves along, There will also be modules about past seasons and contestants as well, if you wish to talk about them as well.

See my lens on Scotty McCreery's new 2012 Christmas Album, with iTune links, below, as well! ;-)

Here are your new Top 10, going to the live shows for America to vote!

Who was your favorite?

We are now down to the Top Two in the Finale. Not too hard to see why Phillip won. I suspect it was by a substantial margin.

Who is your favorite of the Top Two, now?

Will a guy or a gal be the winner this year? - Why do you think the way you do?

Will a guy or a gal win this year?

Jermaine Jones (B) - dismissed from show due to outstanding warrants #12

The Top 10 Performances of Season 11

My early favorite - a country singer!

These are mine - which are yours - leave a comment 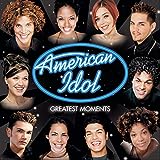