Why I'm making this page about the New Christy Minstrels

I'm making this page about "The New Christy Minstrels because they were one 60's folk group that was truly unique. The New Christy Minstrels, were started in the 60's by Randy Sparks. In the midst of the folk revival, Randy Sparks came up with a really unique concept. He said he wanted to start a group that combined the folk sound with the choral sound, a really unique concept indeed--and he succeeded. The result was The New Christy Minstrels. The choral sound was achieved by the sheer number of the group's members (Originally 14, but soon down to 10-count 'em) singing in harmony. The folk sound was achieved first by their use of acoustic guitars and other folk instruments and later also by the addition to the group of Barry McGuire, whose rough voice added an air of folkiness to the groups sound, especially when he had solo parts.

You can follow (below) their start and their history. As you will see (below), the group had many member changes in it's brief history, but, they still managed to maintain that great choral folk sound.

The start of the New Christy Minstrels - (info. gleaned from Wikipedia)

Here, according to Wikipedia, is the gist of how The New Christy Minstrels started:

Get their first 2 albums on 1 great CD: 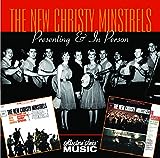 The New Christy Minstrels Presenting & In Person
[From Amazon:] "Presenting captures the group's youthful, happy sound in all its glory. ..In Person presents [them] in a live setting, and... they handle the multiple vocal parts with the same aplomb..." --Ronnie D. Lankford, Jr., Rovi I had this and it really is a great sounding CD.--JMB
Buy Now

The really fun side of the New Christy Minstrels: - Their first studio album - (A bit of historical histeria:)

In a way, the minstrels could be called a fun group. But here's their really fun side. 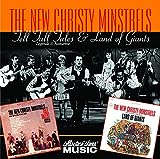 Tell Tall Tales! Legends and Nonsense / Land of Giants
The first one (from the one above) is really funny, the 2nd sort-of-so with american legends like Paul Bunyon, Joe Mazerak, Casey Jones and others. it makes for a great 2 CD set.
Buy Now

The move scored by Randy Sparks - I wish I could see it! (But I don't have a DVD player--I may get it anyway!)

DVD. This is a civil war comedy for which they wrote, sang and played the original soundtrack--a really great musical accomplishment. The movie in which they played and sang the soundtrack. Unfortunately I never saw it, but I use to have CD below which has the music on it, and just from the music I can recommend the movie--I'd really like to see it.

Another great 2 album CD! The above soundtrack and more!

I had this and it's a great double CD. Either one by itself would be worth the price. First, the great soundtrack from the above movie-- A work of folk genius!--Some are instrumental, played with weird instruments like the comb and wax paper added; some are sung and very beautifully so, like the haunting "Today," which became quite popular on its own right -- plus the great songs of the westward movement in "Ramblin'." --James M. Becher

One reviewer on Amazon wrote: "I can't believe that they put both of my favorite New Christy Minstrel albums on one CD!" My sentiments too --JMB

Another great 2 album CD! The above soundtrack and more! 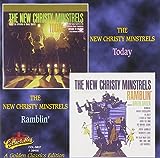 The decline of The New Christy Minstrels: - (gleaned from Wikipedia again:)

According to a review on the Amazon website, written by Colin Burgess in May 9, 2005, Many of the original group re-formed under Sparks around that time...

Were the New Christy Minstrels (individually or as a group) Christians?

In 1988, they compiled their greatest hits album:

Have you heard of the New Christy Minstrels before coming to this page?

How do you like the sound of the New Christy Minstrels 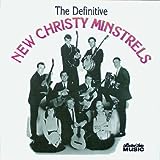