A Tribute to Nusrat, Courier of the Spirit

Nusrat Fateh Ali Khan has been described as Pakistan's finest cultural and artistic export. He was countless people's first introduction to Qawwali music, a tradition of ecstatic singing and musical improvisation associated with South Asian Sufism (specifically the Chishtiya or Chishti Sufi order) and Sufi poetry dating back to the 12th century. He performed and taught around the world as a way to share his beliefs and musical tradition with people of many backgrounds; and had a reputation for entrancing hundreds or even thousands of people at once in a kind of spiritual elevation or ecstasy, comparable to that experienced by Sufi poets composing their verses. He departed this world far too soon, in the opinion of many; but his influence lives on in a large collection of recorded music, as well as the performance and recordings of several groups of younger-generation Qawwali singers.

However, Nusrat's aim was not only to share his music and faith, but also to build bridges among cultures, faith communities, and Western and Eastern world views; and to give the world a more positive view of Islam, Muslims and Sufism. This work is being continued today by a younger generation of Qawwali groups and other Sufi musicians; and this cultural and musical exchange between East and West is especially important and needed in today's climate of conflict, more than ever before...

*Note: Here is my Epinions review of Nusrat's album The Day, The Night, The Dawn, The Dusk (Shanachie, 1992).

One Artist Opened Up a World of Music

Personal reflections on the influence of Seattle's favorite Qawwali singer

People used to call him "the Pakistani Pavarotti" and "the Elvis of the East." He allegedly had a cult following in Japan who believed he was a reincarnation of Buddha. However, Nusrat Fateh Ali Khan referred to himself as merely "a courier of a spiritual message" (paraphrase); and wrote, in the preface to

a 1992 biography, "I...am a sinner, a man whose heart is impure and dark." I like to remember him not only as my all-time favorite musician, but also for such things as the dinner parties I had with him and his group, and for the shopping list he gave me and fellow concert organizers during a visit and performance in Seattle in 1995. Before meeting him, a lot of people expected him to be otherworldly, mystical and aloof from earthly concerns; in reality, he was genuinely down-to-earth, friendly and approachable. He was said to "sing the heavens down to earth", but he kept his feet firmly on the ground. Western reporters coming to interview him were always surprised by this.

I first met Nusrat here in Seattle in early 1993 while he was an artist in residence at the University of Washington. He taught there during the fall and winter quarters (Sept. 1992-March 1993), four days a week, entering and exiting the School of Music building with no fanfare whatsoever. There's a very famous video of the first time he gave a public concert at the University; it's called "Nusrat! Live at Meany", and is still available in

VHS format. I missed that concert, before I had really encountered his music; but I quickly made up my mind not to make that mistake twice. The first concert I saw was at the Paramount Theater in downtown Seattle in December 1993. Even before then, however, I had begun collecting Nusrat's recorded music on cassettes, from record stores and local South Asian groceries and video shops. It was not long before I discovered that repeated listenings to qawwali recordings had apparently cured me of seasonal depression; it seemed to have a natural mood-elevating effect, serving to "wake up" the brain on a physiological as well as emotional level. It also inspired an interest in the Indian classical music tradition that informed and inspired the musical structure of qawwali composition. I started attending concerts by classical Hindustani and Carnatic singers and instrumentalists around Seattle, and began studying classical tabla drumming in the fall of 1993.

I got to know Nusrat a little better while doing publicity for his concerts in Seattle in 1995-1996. I also met all the members of his group at the time, including his nephew Rahat Fateh Ali Khan, who is the current group leader; all very nice, down-to-earth, humble folks, despite their fame and considerable talent. Nusrat himself was usually very quiet; when he spoke at all, it was in a near-whisper. He rarely talked about himself, but he enjoyed meeting and conversing with other musicians (I'm a folk musician here in Seattle); and he would ask them all sorts of questions about their music, instruments, favorite groups, and the like. I found that his English had improved a good bit since 1993; I had several conversations with him in English without an interpreter, and I recall that he had a goal of becoming fluent enough in English to do interviews with U.S. and British reporters without needing a translator. Unfortunately, at that time, he was already suffering quite badly from complications of diabetes; but he was determined to keep performing as much as he could. In addition to national tour promoters, he relied quite a lot on networks of local promoters, organizers and publicists, both pro and volunteer. I was one of the volunteer publicists here in the Northwest. And since he had lived and taught in Seattle for a while, he thought of this city as a kind of "American home base."

I was one of the people who wanted to take classes with Nusrat, and I spoke to him a couple of times about this in 1995 and '96. I wanted to introduce him to Celtic music as well; I gave him an album by one of my favorite Irish folk groups (Makem & Clancy) for his birthday in '95. I am one of many who grieve deeply that he was snatched away at such a young age, before this dream could be realized. Before I stumbled across Nusrat and his traditional qawwalis, I listened to little besides Celtic and American folk music. But here was music with a passionate and positive spirit, and a high-powered energy that easily rivalled the most dynamic Irish and British folk-rock bands. Besides feeling amazed at how deeply these long, improvisation-filled songs affected me, I was also led to wonder, "What other kinds of music around the world have I been missing out on through sheer ignorance?" Now, I frequently listen to music from Africa, the Middle East, South Asia, Scandinavia, South America and elsewhere; and I am constantly seeking out new and unfamiliar musical traditions and their practitioners. Hence, it is not an exaggeration to say that a single amazing artist opened up a whole world of music to me; and for this and many more life-changing experiences, I am greatly indebted to Nusrat Fateh Ali Khan, and to his musical ancestors. He will not be soon forgotten; and his spirit and influence figure prominently in world music, now more than ever.

Speaking of Qawwali... - Our new feature includes lectures and interviews regarding Nusrat, Qawwali and Sufi traditions.

Lecture in English on Qawwali; part of a symposium on "Understanding Qawwali", held in March 2013.

These songs tend to be very long by western musical standards; give yourself plenty of time to burn (LOL)...

Sufi Soul on Amazon - Nusrat and More in the Qawwali Vein 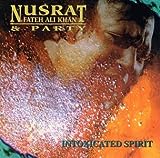 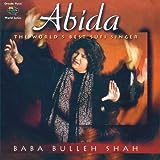 For this new collection, I picked several live performances by Nusrat himself; but also included videos featuring a number of other qawwali groups that I've seen and heard in Seattle over the past 20 years...

The Qawwali Lover's Corner - Drop us a message on Nusrat, Qawwali, your favorite recordings, etc.