Why am I making this page about Noel Paul Stookey?

The start of Noel Paul Stookey - PRE-Peter Paul and Mary:

(info. gleaned from a biography on allmusic.com)

According to Wikipedia, Noel had been raised a Buddhist by his parents.

But he felt something was missing and began seeking for that something more which would help him to realize the hope about which he was singing. He spoke to Bob Dylan who told him to read the Bible, which he did. Thus when a young man spoke to him about salvation through Jesus, he readily accepted.

In the fall of 1969, Noel's best friend and singing partner, Peter Yarrow (Peter of Peter Paul and Mary) was about to be married and Noel wanted to write a song for the wedding which would convey Noel's Christian convictions while respecting Peter's Jewish faith.

On a midnight flight between Peter, Paul and Mary concert dates in San Jose and Boston, he prayed and asked God how His divine presence could be there at Peter's wedding. The result, in his own words, was that "the melody and the words arrived simultaneously." Thus, not wanting to take credit for the song, he donates all the proceeds to charity. He recorded it for his 1971 album "Paul and" (below) and, as a single, it reached #24 on the hot 100, and #3 on the easy listening chart. Read the Wikipedia article

Take a listen to this great song:

They put the word "and" after his name, so that die hard fans could collect the solo albums of each member of the group and put them up on their wall in order to spell out the group name.

[From Amazon] This, his first solo album features the original version of WEDDING SONG [and] ...borrows from a diverse sylistic palette; folk ballad, bossa-nova, classical and rock. The CD is sprinkled with Stookey's identifiable 'audio trademarks' (sound effects, inside musical references and a lightness of spirit) yet manages to maintain a sincere and inspirational musical message of redemptive Love. 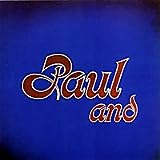 3.Noel joins with the group, Bodyworks:

3. In 1980, Noel joined with a Christian ensemble called Bodyworks and recorded a Christian album with them, simply called "Band and Bodyworks".

4. In 1982, he recorded another Christian album with Bodyworks called "Wait till you hear this" 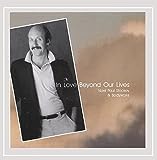 In Love Beyond Our Lives
Buy Now

5. He also wrote the song "For the Love of it all," which was recorded with Emmylou Harris and included on the Peter Paul and Mary album "Lifelines" which was released in 1996. It's not on any of his albums except his holiday album, "There is Love,"

From the start, Noel had always been something of an amature comedian. In 2004, he made a comedy album called "Virtual Party" There are a few songs on this album, but it's mostly spoken. ( Read the allmusic article)

. I had "Something New and Fresh," and I really enjoyed it. The folksy quality reminded me of some PPM songs and the Christian and family emphasis of the lyrics was refreshing 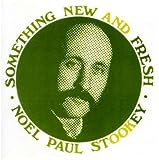