If you haven't watched Orphan Black, which airs on BBC America and Space, you need to start. It is one of the best new Sci Fi shows of 2013 and an incredibly addictive series to watch. It reminds me of the first season of Lost, in that you are always left going "what the hell?" and in serious need of finding out what happens next.

I actually missed the first season during its original airing. I got to see it all when the Space network aired a marathon of Orphan Black. Truth be told, I am kind of glad that I got to see it this way, I think the week to week wait for the next episode would have been torture. I know I am already eagerly anticipating seeing season 2 starting on April 19th, 2014.

Right now in anticipation of the second season you can see all of the episodes from season one for free here on Space.ca. Also on Saturday April 19,2014 they will be running a Season 1 marathon leading into the Season 2 premiere.

If you missed season one of Orphan Black you can watch all of the episodes online. This is a great way to see if you like a show and want to purchase the series. Check out episode one and see if you can resist watching the rest of the series.

This is the incredible first season of Orphan Black. Revisit the story and characters before the start of season two. Plus you can show your friends what an incredible show that they missed. Share with them the best new show of 2013.

This is the first episode of Orphan Black. It is a fantastic start to the highly addictive series.

The series starts with Sarah Manning seeing a woman in distress and she starts walking towards her. When she gets close, the woman turns around and you see that she looks just like Sarah. Just as the connection is made, the woman steps in front of a train killing herself.

While Sarah is immediately stunned and horrified she quickly gets it together and grabs the dead woman's purse. While she is puzzled as to how or why the woman (Beth Childs) looks just like her, she doesn't care that much. She is more interested in the woman's money and how she believes it will solve all of the problems in her life.

She starts to impersonate Beth to try to get her money so she can escape from her abusive ex-boyfriend with her daughter and brother. This is when she finds out that Beth's life may have been more complicated than her own. Another woman, Katja Obinger, appears who looks identical to her, this freaks her out a little more. When the car they are both in gets shot at, killing Katja, she has to find out what is going on.

You can get posters from the show of your favorite scenes and characters. 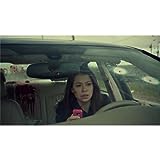 Sarah escaping from the shooter. 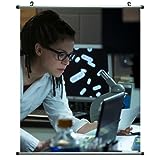 Cosima in the lab 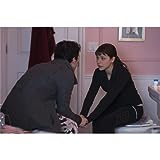 Felix and Alison during her "intervention".

Who Is Your Favorite Clone?

One of the most amazing parts of this series is that Tatiana Maslany convincingly plays seven different characters on the show. Yet you actually forget that they are all being portrayed by one woman. This is a testament not only to how good of an actress Tatiana is, but also the talent of the people working on the show.

The people who film the show seamlessly make it appear that all of these characters are actually present interacting with one another. The hair, make up, and wardrobe people do a fantastic job of creating a different look for each of the characters. Tatiana makes each character their own person, with different accents, speech patterns, and body language. This is a woman who could/should not only get nominated for lead actress and supporting actress, she should also win.

Below you can check out the video clips they are releasing for season 2, plus the season 2 trailer.

We start with Sarah on the run in the rain. When she stops at a diner and tries calling the other clones, she finds out all the lines are out of service. The only number that works is Pauls.

What Do You Think Will Happen Next?