This lens explores Oscar Micheaux's life, his body of work and his legacy.

Before Spike Lee, there was Oscar Micheaux.

A true pioneer, Oscar Micheaux was the first African American to make a feature film. Many have cited him as an influence, including filmmakers Spike Lee and Robert Townsend.

At a time when most African Americans were relegated to subservient roles, and few could even dream of business ownership, Hollywood reflected that reality by depicting Black people as servants and casting them in stereotypical roles. Oscar Micheaux wrote roles that showed the full range of occupations, activities and achievements of African American people.

Oscar Micheaux: The Great and Only: The Life of America's First Black Filmmaker
Buy Now 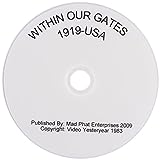 Within Our Gates
The story of an African American woman raising funds to build a school. Just as relevant now as it was then. Also contains scenes of lynching.
Buy Now 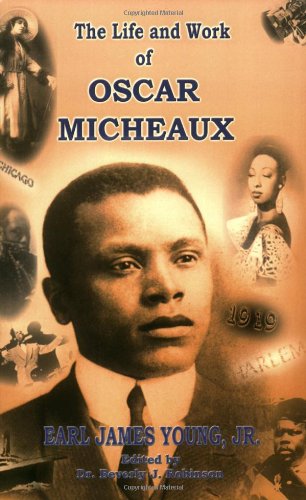 All four of Oscar Micheaux's grandparents had been enslaved in the United States.

His maternal grandparents moved from Kentucky to Illinois.

His paternal grandmother, Melvina, was born in Alabama and moved, with her family, to Illinois after the Civil War. She was known as a strong character who was very active in her community.

Micheaux's family were clearly ambitious and had a great deal of pride in their race. Micheaux was a follower of Booker T. Washington, a forerunner of Marcus Garvey. Like Garvey and, later, Malcolm X, Washington encouraged African American people to pursue financial independence.

One of Oscar Micheaux's uncles, Edward Michaux, moved to Liberia, where he became a prominent politician.

Oscar Micheaux was born in Illinois in 1885

He lived in South Dakota for several years, where he worked as a farmer while writing several of his novels, including The Homesteader. He later made this into his first silent film in 1919/20.

He later moved to Kentucky with his family. 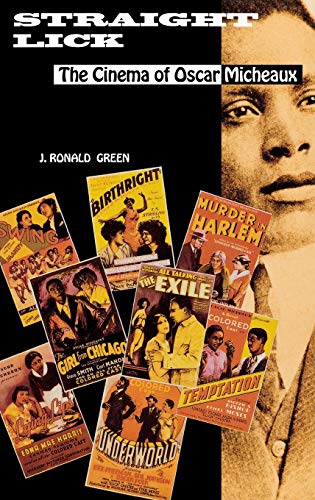 Faces in the Mirror: Oscar Micheaux & Spike Lee
Though separated by decades, Micheaux and Lee faced similar challenges and issues: both spoke to issues of race beyond the conventions of their time and endured harsh criticism for doing so. Together they put a distinctive vision of 20th century black life on the screen, and in doing so, a distinctive vision of the nation.
Buy Now

Oscar Micheaux as an Entrepreneur

Micheaux toured the country promoting his films. He had them screened in Black-owned cinemas as well as persuading white cinema-owners to hold Black-only screenings.

He would finance his films by visiting Black cinemas and showing photos of the actors to the cinema owners, who would then pay him up front. He would use the money to finance his next venture.

He was very successful at raising finance for his films and distributed them himself, rather than relying on distributors. Black entrepreneurs and filmmakers today can learn a great deal from his methods.

However, he died broke.

Micheaux worked at a variety of jobs while writing and self-publishing his eleven novels. An enterprising young man, he sold his novels door-to-door before deciding to turn them into films.

He wrote, directed and produced over 40 films.

His feature, Within our Gates, was his response to the viciously racist Birth of a Nation. Cited as a classic by many white filmmakers, Birth of a Nation portrays the Ku Klux Klan as heroic figures.

The legendary actor, singer and activist Paul Robeson had his first film role in Micheaux's Body and Soul.

His rapid filmmaking often led to poor quality films. He avoided doing multiple takes, and frequently filmed each scene in just one take. In this, his films were the forerunners of those produced by Nollywood in recent times. See also: New Nigeria Cinema.

Unfortunately, most of Micheaux's work has been lost or destroyed.

Video clip from Oscar Micheaux's Within Our Gates

The legacy of Oscar Micheaux

Although many of Micheaux's films have not survived, his example has inspired many modern-day filmmakers.

Robert Townsend was inspired by Micheaux to form his own film company, which produced Hollywood Shuffle.

Spike Lee also cites Micheaux as an influence. Lee formed his own company, 40 Acres and a Mule, which has produced many classics including She's Gotta Have It, Do the Right Thing, Jungle Fever and Malcolm X.

Actor and Director Tim Reid was also inspired by Micheaux.

Quotations by and about Oscar Micheaux

"One of the greatest tasks of my life has been to teach that the colored man can be anything." - Oscar Micheaux

"[Oscar Micheaux was t]he most prolific black - if not most prolific independent - filmmaker in American cinema." - The Producers' Guild of America

"Oscar Micheaux has been my idol. He inspired me to do my first film." - Robert Townsend, Actor/Producer

Like Booker T. Washington, Oscar Micheaux had leadership qualities including making his own opportunities, taking risks and working hard to achieve his goals.

Here are some quotations from Booker T. Washington.

Associate yourself with people of good quality, for it is better to be alone than in bad company.

Character, not circumstances, makes the man.

Dignify and glorify common labor. It is at the bottom of life that we must begin, not at the top.

Excellence is to do a common thing in an uncommon way.

Few things can help an individual more than to place responsibility on him, and to let him know that you trust him.

I have learned that success is to be measured not so much by the position that one has reached in life as by the obstacles which he has had to overcome while trying to succeed.

If you want to lift yourself up, lift up someone else.

No race can prosper till it learns that there is as much dignity in tilling a field as in writing a poem.

Success is to be measured not so much by the position that one has reached in life as by the obstacles which he has overcome.

There are two ways of exerting one's strength: one is pushing down, the other is pulling up.

There is no escape...man drags man down, or man lifts man up.

We all should rise, above the clouds of ignorance, narrowness, and selfishness.