Ben Hur- Ben Hur was not a real person he was a character in a novel entitled Ben-Hur “ A Tale of The Christ by Lew Wallace in the 1800’s. It was a very popular novel and the movie Ben-Hur is just as memorable. Released in 1959 its director was William Wyler and it starred Charlton Heston as Ben-Hur. Other stars that appeared in the movie were Jack Hawkins, Stephen Boyd, and Hugh Griffith.

The movie is about two men , one is Ben-Hur a wealthy prince and merchant in Jerusalem. The other man is his friend Messala a Roman citizen and tribune (an elected official in Roman Republic. Things go bad when Messala begins to take rule of the town and wants Ben-Hur to name names and give him the names of the people who are speaking out against Rome. Ben Hur is devoted to his faith and refuses to do it. This leads to a series of events in which Ben-Hur becomes a galley slave and has revenge on his mind. In the end after witnessing Jesus on the cross talking about forgiveness and he realizes that is what he needs to do as well.

Ben-Hur was a great success at the movies. It was the second highest grossing film of all time behind Gone With The Wind. It saved MGM from financial disaster from its first release in 1959 and then its second release 1969 it showed that this film was timeless and the story one that people wanted to hear.

The Ten Commandments this movie released in 1956 was taken from a silent picture and it is epic in every way. Cecil B. DeMille directed and produced it and the movie had a great many stars in it. Charlton Heston, Debra Paget, John Derek, Yvonne De Carol, Edward G. Robinson, Anne Baxter, and Yul Brenner.

The Ten Commandments was nominated for seven Academy Awards and it was shot on location in Egypt, Mount Sinai, and Sinai Peninsula.

The movie is about the book of Exodus and the story of Moses. The movie is four hours long, but it has to cover a lot of material from Moses as a young boy being hidden from sure death, through his years as a young man when he becomes a general and then he begins to try and help the slaves in the area. Later Moses is called by God and he gets the stone tablets of the Ten Commandments. While he is away some of the Hebrews he has led begin to fall into sin and when Moses returns his is so angry he smashes the tablets. God is displeased and puts them into exile for forty years in order to kill off the people who turned against him. Moses is not allowed to return to the Promised Land and lets Joshua (a follower of his) take over.

The movie The Ten Commandments was very popular in its release being the highest grossing film of the year and it remains one of the most popular films ever made. This is movie making at its very best and it is great that this movie of Moses has enriched people that know of the Old Testament and that it has introduced people that didn’t know about the Old Testament the story of Moses and his life serving God and his people.

Some The Greatest Story Ever Told Trivia

The Greatest Story Ever Told came out in 1965 starring Max von Sydow, Dorothy McGuire, Charlton Heston, Jose Ferrer and so many other stars that some complained that it distracted from the message the movie was trying to convey. One example is John Wayne as a Roman Centurion which really was a bit of miscasting. The movie was directed by George Stevens and produced by George Stevens. Once again the time length of this movie is about four hours long. I can’t imagine watching it at the theater you have to have great endurance. The movie is about the life of Jesus from his birth to his death and resurrection. There were mixed reviews, but it is a movie worth seeing.

The Greatest Story Ever Told--So Far: Why Are We Here?
Buy Now

Some Jesus Of Nazareth trivia

Jesus of Nazareth was a television miniseries that premiered on Italian television, in the United Kingdom and the United States in 1977. It starred Robert Powell, Anne Bancroft, Ernest Borgnine, and Olivia Hussey. This was a six hour miniseries. This movie takes four books from the New Testament to tell their story, so we get the birth of Jesus, the miracles he performed, and his resurrection. The star Robert Powell who played Jesus was told not to blink the director requested it and it really made Jesus a commanding figure. Liberties were taken on the script and some fictional characters were written in to make the story flow better. It is still a movie that is faithful to the Gospel sources. 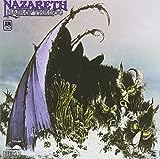 Hair of the Dog
Buy Now

Some trivia for The Bible

The Bible miniseries this show was aired between March 3 and March 31 2013 on the History Channel and it proved to bring great ratings to the network with 10.9 million viewers. It was a great undertaking for the movie spanning the book Genesis at the beginning of the Bible and ending with Revelations. The cast of the film wasn’t well known so they wouldn’t distract the audience. Mark Burnett and his wife Roma Downey produced the series and they got together with a wide range of pastors and academics to get the facts straight. It is a wonder the series got launched at all when the first pitched the idea they were told to make the movie without mentioning Jesus that is blasphemous. The movie met with mixed reviews, but it got people talking and it got people watching and that is what a good movie will do.

These movies have years between them but their themes are all intertwined. They are movies that came from the Bible, in most cases, and breathed life into the stories. These movies will help to keep the Bible one of the most popular books ever written. It will also help to show the world what a powerful story the Bible has to tell and how we all benefit by the sacrifice God and Jesus made for us. The world would be a better place if we all kept these teachings in mind.

Which of the movies mentioned, in this article, is your favorite?