Sacha Baron Cohen likes to push the envelope in his productions by using satire to expose the bias of America. Through becoming the characters, he can best reveal how America responds other cultures. His films are hilarious on the outside, but disturbing underneath when the reality shines through. While filming some scenes, he felt he could be in danger for his life or he truly was threatened because he couldn't explain what he was really doing without sabotaging his goal.

Borat: Cultural Learnings of America for Make Benefit Glorious Nation of Kazakhstan uses America's impressions of the Middle East by adopting the very stereotypes pinned to them, and throwing it back in our faces. Borat is offensive in countless ways. He's anti-Semitic, homophobic, and misogynistic. Of course, it's all a test to see how America responds. 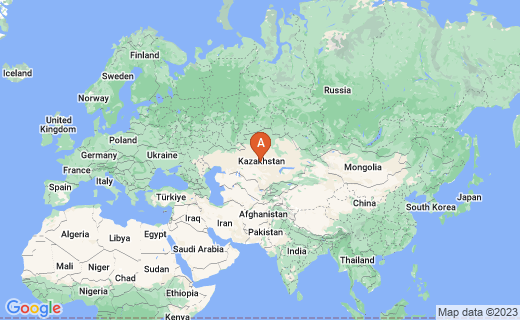 Borat is antisemitic. Sacha is making fun of extremist prejudice by being as absurd as possible about Jewish stereotypes. For instance, his culture has a tradition called "The Running of the Jew." Two people dress up in giant costumes. One is a man and the other is his wife. The object is to outrun them the same way in the Running of the Bulls in Spain. Another example is when he and his partner end up staying over the home of a Jewish couple. Borat is convinced the couple turns into insects, so he and his partner escape.

While in America, Borat does not realize when he is around homosexuals because he is unfamiliar with the term "gay." Unknowingly, he attends a gay pride event, has a party and takes a shower with the men in his hotel room. It isn't until later that he is informed his new friends were all gay. Later, at the rodeo, he talks about homosexuality with another man, informing him how in Kazakhstan homosexuals are put to death. The man he is speaking with claims that America is trying to have the same law. Over the years, homophobia has been declining, but there are still many people who believe homosexuality is more than just a sexual orientation.

Have you seen "Borat?"

Borat is misogynistic. During his interview with a feminist group, he brings up his understanding that women have smaller brains than men to support his argument against women having rights. As far-fetched as this may be, the history of medicine has invented false research to prove weaknesses in women. For more information on how the medical field has targeted women, please read my article "Female Hysteria: Gender Inequality as a Medical Condition."

When Borat hitches a ride, the guys confirm Pamela Anderson is not a virgin. When discussing women in general, the guys share how wrong they think it is for women to sleep around, yet they clearly enjoy watching women being promiscuous for film. Sacha exposes the double-standard of gender inequality in this scene.

Many Americans believe we are more civilized than third world countries because we have more money, but this isn't true. In the dinner party scene, Borat has learned before-hand how to properly dine in America, but after he uses the bathroom, he returns with a bag of his excrement. Of course, people in third world countries wouldn't actually do this, anyway, but the American guests at the party comment on how different they believe they are from Borat's culture back home; therefore, they are unable to realize Sacha is fooling everyone.

Borat exposes the hatred of Iraq by announcing the "war on terror" is just to kill the people. Most of the audience continues to blindly celebrate this idea. Many Americans are so angry with the Middle East that they don't realize their own prejudice. The United States is used to perceiving itself as the most progressive and successful country. Most do not realize we are still behind other countries; regardless, the audience at the rodeo show is later surprised to hear Borat's national anthem for Kazakhstan in which he says it is "the greatest country in the world/All other countries are run by little girls."

Have you seen "Brüno?"

Brüno exposes the homophobia of America by showing how difficult it is for out gay men to become famous. In his home land of Austria, Bruno is loved, but in America he struggles to transition to its media culture. What's interesting is the real gay rights in Austria are limited, so even if Brüno were a real person, his home land would still be somewhat oppressive.

As a fashion model, Bruno is superficial. When interviewing a fellow model, he agrees with how difficult modeling can be, but he is making fun of the real model's declared struggle that walking and being watched is hard. By comparison, there are far more exhausting careers than modeling.

Bruno chooses unintelligent ways to become famous. He goes in search of the most popular charities, none of which he understands. For example, when "Save Darfur" is brought up, he says he wants to take a charity to the next level by doing something no one else has ever done, and asks, "When's Dar Five?" At the end of the film, he becomes famous and puts together his own celebrity charity music video with satirical lyrics.

Bruno is constantly distracted by sexual thoughts. For example, when he is with the gay converter, and asks if he should stop playing the flute, he is mocking the pastor's belief that gays think more about sex than heterosexuals. Furthermore, when Bruno is told the pastor was never gay, he comments that it's ironic that he has such thick lips. No matter how ridiculous Sacha makes his character, people still take him literally.

There was controversy from the lgbt community over the film, which is surprising considering poking fun at stereotypes is nothing new. If Will & Grace can use satire to make fun of these stereotypes, and be embraced by the community, why can't Sacha?

The type of satire Sacha uses always reminds me of Monty Python, only in Sacha's films not everyone involved is an actor. Prank shows have always existed, but I can't think of many that use it to get to political truths. It's upsetting that so many do not understand the brilliance of Sacha's work. Hopefully, over time America will gain interest in other cultures around the world, but most are too comfortable staying in their own bubble to open their eyes to the damage they're doing by choosing to remain ignorant.