The next U.S. presidential election is some years away. However, it is never too early to prepare for 2016. Seth Godin is not a politician nor is he an attorney. Majority of politicians have a law degree. However, that is not part of the requirement to run for political office.

Seth Godin is self-made entrepreneur. He is a successful businessperson, author, public speaker and the king of marketing. He is the master of quotes, a great speaker and an inspiration to us all. If nominated, he would qualify to take an analytical look at the way government should be ran.

Godin is the founder of Squidoo. A social website allowing the free users to make their own articles or "lenses" that was launched in March 2006. As the CEO of Squidoo, he is already considered President of all the lensmasters.

Note: On August 15, 2014, Godin announced that Squidoo was acquired by HubPages, and Squidoo's content was transferred to HubPages on October 1, 2014.

Eligibility for the Presidency - As written in the Constitution

In the U.S. Constitution Article II, Section 1, and Clause 5 the three requirements to hold office as president are:

Seth Godin qualifies for number #2 and #3 of the presidential requirement. Born on July 10, 1960 would certainly qualify him as older than the age of 35. He lives in New York with his wife and two sons.

For the first part of the Constitution Article II, where it states that he needs to be a natural born United State citizen puts a question mark or if he qualifies here. According to internet records, Godin was born in Mount Vernon, New York. However, rumors and photos have shown up that puts a dark cloud over this matter.

Of course, this is not the first time that a presidential nominee had to prove that they were a natural born citizen. Look at President Obama for example.

We Are All Weird

A Bald Man is a Smart Man 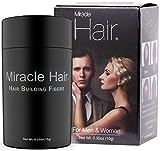 Miracle Hair – Hair Loss Concealer – Highest Quality Natural Hair Building Fibers Thickens Thinning Hair Instantly for Men And Women 10 Grams (30 Day Supply)
You know what they say, "Too smart for your hair." But if you really want to get some hair growth back on your head then you should try Miracle Hair - Hair Building Fibers.
Buy Now

Is Seth Godin a Conehead - You decide

Is there anything to the rumor that Seth is related to the coneheads? There are some similarities here don't you agree?

If this is true, then he would be considered an alien.Yet born on American soil, that would make him an American citizen.

Photo Credit: Conehead on Wiki and Godin on fastcompany Plus a little work from Sandyspider.

Mork and Mindy - The son they don't talk about.

There have been some rumors that Seth could be the son of Mork from Ork and Mindy from Earth. An Orkan child is born as an elderly looking person and then ages backwards. This would make Seth Godin older then Jonathon Winters (his brother from Mork & Mndy). Because he does look younger than Winters. This would make him the older child.

If this rumor is true, why did they keep their first son a secret?

Mork and Mindy live in Boulder, Colorado. Mork was not born in the United States or even the earth. Mork came from a small planet called Ork.

This would make Seth Godin half alien but still a legalized citizen since he was born in America.

Photo Credit: Mork & Mindy and Seth's Blog Plus a little work from Sandyspider.

Have you watched the movie 'Invasion of the Body Snatchers'?

Alien pods are duplicating humans while they sleep. The sleeping humans die while the pod person who looks just like them lives on.

Photo Credit: Seth's Chia Head is shown in Are You Selling Baldness Cream to Seth Godin?

Seth Godin believes in respecting one another and keeping promises.

Author of many books

Best marketing books for success - Click the links below the photo to view these books on Amazon in various formats from eBook, Kindle, Paperback, Hardcover, CD

See all of Seth Godin Books on Amazon here

Will you vote for Seith Godin as President? - Thanks for the thumbs up, sharing with your friends and comment