For people who both love to read and listen to music, songs inspired by literature are a great melding of two enjoyable worlds. It's fun to be able to see so directly the song writer's inspiration. When you enjoy listening to a certain band and then come across a song of theirs that's based on a book you enjoy, you begin to like that band just a little bit more. There are many songs that were inspired by literature. This list is just my favorite songs or my favorite books that I found a song about. 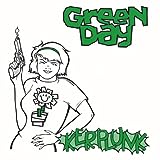 Based on: Catcher in the Rye by J.D. Salinger

Catcher in the Rye is a coming of age story set in the late 1940s, with Holden Caulfield being the main character and narrator. Holden Caulfield is telling the story of his last days at his high school before getting kicked out. He has high aspirations for himself, as he wants to save the innocence of all the children - or be a "catcher in the rye." By the end of the novel the reader realizes he hasn't really done anything with his life, nor is he on a path that would lend itself to accomplishment. The song Who Wrote Holden Caulfield is about someone who wants to do something but can't quite remember what it is. "Frustration makes him crazy," so he may be so overwhelmed by his hopes for himself that he ends up doing nothing and "always ends up sitting." 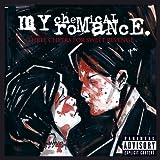 To the End (My Chemical Romance)

Based on: A Rose for Emily by William Faulkner

A Rose for Emily is a short story by William Faulkner about a mysterious old woman who lives in a small town. She's a bit of a town curiosity, as no one except her one servant has been invited into her house in decades. When she dies (in her seventies) the townsfolk discover the man who was supposed to be her fiancé (when she was in her thirties) decomposing in the master bedroom. In the story it is implied that she kills her suitor because he refuses to marry her - "he was not a marrying man." The story is from the point of view of a towns person who has been listening to the town gossip about Emily and sees the story unfold. The song To the End is partially from the perspective of the would-be wife. In To the End the listener gets the sense that the man and the woman in fact got married. It seems as though the groom had his doubts, so he had to "say goodbye to the vows [he] take[s]." Then the bride leaves the groom in their marriage bed and proceeds to spend all of his money. 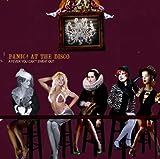 Time to Dance (Panic! At the Disco)

Based on: Invisible Monsters by Chuck Palahniuk

Based on: Alice in Wonderland and Through the Looking-Glass by Lewis Caroll 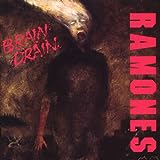 Based on: Pet Sematary by Stephen King

Stephen King is a fan of the Ramones and references some of their songs in his books. The Ramones wrote a song based on Stephen King's book Pet Sematary, about a mysterious burial ground that brings dead pets and people back to life.

Based on: Stranger in a Strange Land by Robert A. Heinlein

Stranger in a Strange Land is about a human who is born and raised on Mars and then is returned to Earth. The song Friends is about the cannibalism ritual that happens when a Martian dies in Stranger in a Strange Land. The song focuses on the closeness that is supposed to come from eating another individual to "grok [their] essence" in this "celebration and the deepest pact of friends."

1984 is a dystopian novel about a tyrannical government that has complete control of its citizens. In the song 1984 David Bowie examines the slow descent into tyranny that sneaks up on the people. It starts with a little control, in the name of safety, and eventually grows to, well... Orwellian proportions. People look the other way when it starts, "shooting up on anything, tomorrow's never there," but "beware the savage jaw of 1984." David Bowie actually wanted to write an entire musical based on 1984 but was prevented from doing so, so some of the songs that would have been a part of it ended up on his album Diamond Dogs. 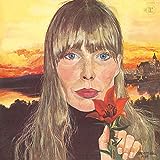 I Think I Understand (Joni Mitchell)

Based on: Lord of the Rings by J.R.R. Tolkien

Joni Mitchell discussed her inspiration for I Think I Understand during the Mississippi River Festival. Joni was particularly inspired by the part where the elf Galadriel gives a vile of light to travelers about to embark on a treacherous journey. Joni felt that Galadriel was giving these travelers "a memory of a beautiful time." Tolkien's Wilderland is "just like life" according to Joni, and "when forests rise to block the light that keeps a traveler sane, I'll challenge them with flashes from a brighter time." 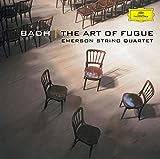 Godel, Escher, Bach is Douglas Hofstadter's epic tome that examines how random and meaningless symbols gain meaning. As the title suggests, Hofstadter draws on Bach to help illustrate how simple notes have been brought together to create beautiful and complex music. 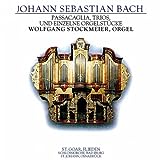 Articles About Songs Based on Literature

Do you have a favorite song that was inspired by literature?