A Sampling of Posters From the Star Wars Universe

Star Wars movie posters have always been a way for kids to show off how well they liked the film. I know that when I was a kid I had one from each movie proudly hanging on my wall. As I got older I eventually decided that movie posters hanging on a wall was a bit childish and, of course, took them down. I'm not sure what came of them, though I suspect they ended up in the bottom of a trashcan. Now that I am a little bit older (and wiser) I realize what a mistake I made. I wanted those posters back and was willing to pay for them. The good news for me is that there were a lot of other Star Wars fans that decided to keep their posters and some willing to sell them. In the end, I was able to not only buy the exact posters I had when I was young, but have them framed as well.

For those people wanting to start a collection of Star Wars posters or simply want a cool piece of artwork to take up some space on the wall, it can be a bit daunting to choose from the variety available today. While I can't promise they'll be worth anything in the future, I can show you some of my favorite posters and I can guarantee that anyone paying you a visit will notice them quite fast. With any luck you'll be able to decide on a poster that makes you dream when you look at it. Dream that you are in that galaxy far, far away.

My hats of to New Wave Creation which was the company that designed this poster. I love how you think that this is just a very plain movie poster that doesn't make any sense - until you see the shadow.

Which side of the force would you be willing to embrace to gain its powers?

These are very rare; experts say that there are less than 10 known to even exist. Expect to pay for an original one.

Another beautiful movie poster in which original printings are not easy to find and almost all you find will be folded. I love the iconic hero pose with the bad guy looming in the background. This is probably why this version is the most collected, most well known and most reprinted of them all. The art was done by Tom Jung.

This is the holy grail when it comes to Star Wars movie posters. It is quite rare as it was replaced with another version not long after it was issued. The artwork was done by Greg and Tim Hildebrandt. Expect to pay at least $10,000 for one in like new condition.

I love how the colors just pop out on this one.

Own a Piece of the Movie 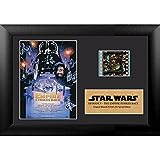 Star Wars was so popular that a lot of theaters were still playing it one year after it's initial release in 1978. These posters were given to those theaters. These are rarely seen and rumored to have print runs of under 500. Be careful of counterfeits.

Darth Vader had definitely became an icon by this point in time. Is it any wonder he is on the poster alone?

This poster was sold during the release of the movie at theater counters with the purchase of a Coke. The amazing artwork was done by Boris Vallejo, a well-known artist that specializes in fantasy paintings.

I love Boris Vallejo's artwork depicting a key moment in the film. One wonders why this wasn't one of the main posters used to promote the film.

Reprints are 27 x 40 and are actually on thicker and better quality paper than original printings. There is so much going on in this film, is it any wonder that many Star Wars fans consider it the best of the series?

Yoda never looked so good and the artist you have to thank for that is Ralph McQuarrie. I myself have been wanting to get this Star Wars movie poster for a long time. I may just have to settle for a lower grade.

I always find it amazing how foreign movie posters can look so cool and this is saying something back then because the posters from the States looked good as well. Today a lot of foreign posters look better than those released in the U.S. 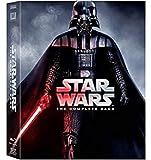 Which bounty hunter would you most like to see a movie about?

I think this version looks a lot better than the "hand holding lightsaber" one. The artist was Kazuhiko Sano.

Return of the Jedi (by Mondo) - Alamo Drafthouse / Mondo Poster

Mondo is a little department inside the movie chain company Alamo Drafthouse. They specialize in having great artists of today re-do movie posters. Although they have done several associated with this franchise this one by British poster artist Olly Moss is one of my favorites. Good luck finding it.

Star Wars Lego Toys - If you have posters from this film hanging on your wall, then you'll love these.

One thing that I would love to see is Star Wars poster redone using the Lego toys that are coming out. Just think how cool that would look. Are you reading this George Lucas?

Be very careful about buying this poster from anyone claiming it is an original printing. Most of these you run across are either reproductions or counterfeits. A very popular poster that resulting in a lot of copies and commemorative editions. The artwork was done by Drew Struzan.

Other Star Wars Sites - You may want to check out.

What do you think about some of these Star Wars movie posters? - Or about the Star Wars franchise in general?