My Summer of Love Virtual Concert

Summer of Love for the Animals

My Summer of Love Virtual Concert will benefit our abandoned and mistreated animals. Many of the groups and individual musicians (like John Denver and Marvin Gaye) who will appear at this virtual concert were activists for a variety of worthy causes, so it is fitting that the proceeds from this lens will go to the Humane Society of the U.S.

On August 15, 2008 the state of Louisiana finally put the act, banning cock fighting, into effect. The Humane Society is offering a reward to report violators. They are also reaching out to save the pets who have been abandoned due to house foreclosures. During Katrina, the Humane Society rescued hundred's of animals from what would have been a slow and painful death. The Humane Society continues to celebrate animals and confront Cruelty.

My Summer of Love Concert features our favorite artists (mostly from the 60's and 70's), though many of them are still going strong today. The Love Fest would take place out in the Chandelier Islands off the coast of Louisiana. You can only get there by boat and it's easy to get stranded on a sandbar when the tide goes down, but with these fantastic artists and groups the islands would be rocking and no one would care that they were marooned. Proceeds from this virtual concert will go to the Humane Society because our animals have suffered so much in the last few years and the Humane Society has been there to help through it all.

There is a big Hooray in order for Louisiana on August 15, 2008, because the horrible "sport" of cock fighting has finally come to an end in this state! I guess this is a case of better late than never. The Humane Society is offering a big reward to anyone who will report illegal cock fighting and will need plenty of money, because there are some unbalanced people down here who think it's part of Louisiana culture.

Peace, Love and a Better World

Raising Our Consciousness - the Activists

Some groups raised the nation's consciousness about the environment, poverty and other important issues.

I begin the concert with the sweet sounds of John Denver. John was concerned about the oceans and the mountains, from sea to shining sea. The Calypso was his tribute to the work done by Jacques Cousteau, but my favorite is Annie's Song.

Make You Want to Get Up and DANCE!

Whenever I hear these songs I can't sit still! I want to sing along and dance the night away.

Tina Turner the dancing queen is up first. You just can't sit still when her version of Proud Mary is playing.

Tina Turner All the Best 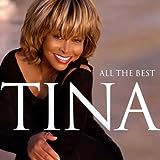 All The Best
Buy Now

Rod Stewart's music was good for slow dancing... you know the rest periods when your date got to hold on to you. He did some fast ones, too, that got your blood pumping. Here's my favorite, Maggie May.

These two individuals and the group are truly talented musicians who could play and sing.

We'll begin with Billy Joel, the Piano Man. His songs were the best, in my book. 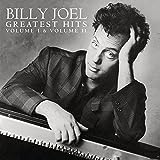 Sir Elton John sang about the times, both happy and sad. Here's one of my favorites, Rocket Man.

Earth Wind and Fire had a funky beat that I loved to dance to and they were all great musicians. The horns were fantastic. How many of you remember the Midnight Special that came on TV every Saturday night. Here's Shining Star. 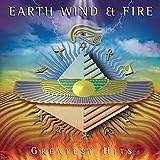 Prevent Over Population - Spay or Neuter Your Pets

This page is dedicated to the abandoned and mistreated pets of our country. Perhaps you'll help one of the organizations that helps these animals.

Proceeds of the sale of the custom stamps below goes to the Humane Society of the United States. Show your love by purchasing and using these beautiful stamps to support such a worthy cause.

Leave us a note.