Tenggelamnya Kapal Van der Wijck Becomes the Most Expensive Movie of the Production House. The movie "Tenggelamnya Kapal Van der Wijck" recognized by Sunil Soraya, the director, is the most expensive movie ever produced by Soraya Intercine Films. However, he was reluctant to disclose the figures. "Most expensive, perhaps forever," Sunil said, while laughing, on Tuesday ( 19/11/2013 ), when met at the office Soraya Intercine Films, Menteng, Central Jakarta. The movie is expensive because setting of the story be made as much as possible exactly the same with novel similar entitled by Haji Abdul Malik Karim Amarullah aka Hamka. Where the setting of the movie's story is told in the 1930s. Including the shape of the vessel "Van der Wijck", that sailed and sunk circa 1930s was created as closely as possible. Even with cars that passing by, must be the same as that circulates around the year. "We are looking for a collector," he continued. However, the problem, car collector owned it problems with the engine. Hence the crew bring spare parts from Germany. What about the clothing worn by the Talents involved in the movie? Samuel Wattimena involved. The country 's famous designer, understand trends in fashion that year. "Research clothing is difficult. Who researched the design. But he (Samuel Wattimena) understands. Indigenous Padang also understood, songket, marriage clothes and so on," he said.

The Producer Claim that "Tenggelamnya Kapal Van Der Wijck" The Most Expensive Movies of All Time. After passing through such a long process, The movie "Tenggelamnya Kapal Van Der Wijck" ready to hit theaters started coming December 19, 2013. The movie that adapted from the novel by Buya Hamka is touted spent fantastic. Sunil Soraya, as director and producer, even claiming his work this time as the most expensive film ever. "Most Expensive anyway, probably forever," he said, after a press conference at the office Soraya Intercine Film, Menteng, Central Jakarta, Tuesday (19/11). The amount of money that an unusually fantastic began to be issued since the time of the research. For the writing of the script alone, took two years. That does not include construction sets and Authentic property by setting the story of the past. "I make this script work be repeatedly revised up to 2 years. Scripts that we have had to have a taste," Sunil promote. 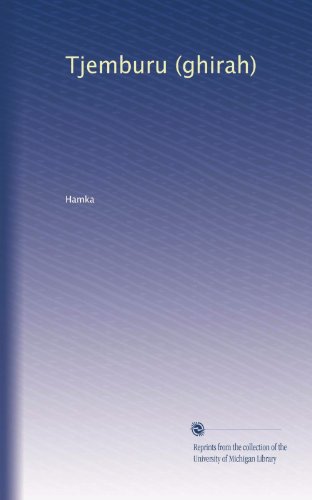 Pevita Pearce experiencing Difficulty In Acting Roles as Women from the Past. Not easy for Pevita Pearce to portray different characters with her. In the movie Tenggelamnya Kapal Van Der Wijck (TKVDW), Pevita portrayed Hayati, gentle woman who lived in the era of the 1930s. Hayati elegant diction was not in accordance with the outspoken. "The difficulty is Hayati live in 1930, while I was a girl from modern Jakarta," said Pevita in current road shows the film TKVDW on State Islamic University, Jakarta, Monday (18/11). In addition, the 5Cm movie star also had difficulty In Acting Roles as as the Minang woman. "Learning Padang language plus Malay accent. Yeah, every movie must have a challenge," she said. Opportunity to act in this movie is a matter of pride for her. Moreover, the film is lifted from Hamka's best-selling novel work which was released in 1938. "When I knew it will be contrived movie, I 'm taking part. It's okay, so what are the roles, holding lights are also not told why LoL. Well, finally got the major role," he says. The film also by Herjunot Ali and Reza Rahadian. The film will be released December 19, 2013.

Pevita Pearce: Today is the Most Hectic Point of My Life

Pevita Pearce: Today is the Most Hectic Point of My Life. Beautiful artist Pevita Pearce does not want to waste her youth just for fun. Various case tried by the girl that born on October 6, 1992. Outside of his career in the entertainment industry, he pioneered a career in the business world, while also pursuing his obsession continuing education in college. "Today is the most hectic point in my life. Lectures, accessories business, and denim as well," she explained, met after the press conference movie "Tenggelamnya Kapal van der Wijck" in the office of Soraya Intercine Film, Menteng, Tuesday (19/11). With the myriad of existing busyness, would Pevita afraid of lose the joy of his youth? "It does not matter. I'm sp young, there are many who want to achieve it. Tired of hell, but I'm happy," said the movie star "5Cm". In between work activities and lectures, Pevita claimed to still have time to spend with his friends. Times like that it uses to unwind.

This Movie Makes Pevita Pearce Challenged. Pevita Pearce admits that the movie titled "Tenggelamnya Kapal van der Wijck" as the most challenging movie in her career in the world of acting. Therefore, the setting of the film ranges from the 1930s. "Character setting like the 1930s, I have never experienced living at that time," she said on Tuesday (19/11/2013), in the Office of Soraya Intercine Films, Menteng, Central Jakarta. Hence, he had to do some research about life in the 1930s. He asked many questions at the same time asked comments to people who have read the similar entitle work by Haji Abdul Malik Karim Amarullah aka Hamka. Inevitably she also read the novel first published 1939. She is also working extra hard when he joined the acting coach. She was grateful to have a good team work. "So, we tried hard all magic moment in every scene," She continued.