Besides being a very funny and entertaining program, The Golden Girls actually made older women visible on TV, Until then, few women over "a certain age" appeared on TV at all, much less starring on a program. "The Golden Girls" appealed to women who felt all but invisible on TV and even addressed many of the issues that these women dealt with in their middle and older years. This ground-breaking program addressed issues like menopause, dating the "second time around", nursing homes, etc. In its 7 year run, over 175 episodes were filmed. The program won 11 emmys including at least one for each star of the show.

Rue McClanahan and Bea Arthur had worked together, playing best friend years earlier in the Norman Lear program "Maude". Betty White had worked on several sitcoms, including the Mary Tyler Moore Show, which was also a program that gave women more exposure on the air.

There is a story that the producers of the "Golden Girls" originally wanted Rue for the roll of Rose and Betty for the role as Blanche. Rue had played the the ditzy Vivian on "Maude" and Betty had played the sex-crazed "Happy Homemaker" Sue Ane Nivens on the "Mary Tyler Moore Show". But the women didn't want to be typecast, so they decided to switch roles. (In retrospect, it was a good thing not just because of the level of naivite Betty brought to the character of Rose and the sexual tension Rue brought to the role of Southern Belle Blanche, but because their switch is what convinced Bea Arthur to take the role of Dorothy). Though Estelle Getty played Bea Arthur's Mom, she was, in reality, younger than both Bea and Betty White.

The chemistry between the characters made the entire program very believable and many of the experiences the characters went through hit a nerve in the viewers. Even younger women could identify with much of what the "Girls" were going through. That chemistry and the identification their viewers felt made the program a big hit for the 7 years it aired and forever after in reruns.

Here We Go Again: My Life In Television
Buy Now

They were not only known...

They were not only known for "The Golden Girls"; Betty White, Bea Arthur and Rue McClanahan also had other pursuits. Betty had been on TV for many years, having two eponymous TV programs, being the "Happy Homemaker" on "The Mary Tyler Moore Show" for several years, appeared many times on game shows, like Password and Match Game, for example. Bea was the original Yente the Matchmaker in "Fiddler on the Roof" on Broadway and she and Rue starred together in the TV program "Maude". 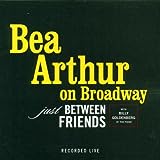 I hope you enjoy these videos of the "Golden Girls" actresses.

My First Five Husbands...And the Ones Who Got Away: A Memoir
Buy Now

Which "Golden Girl" is your favorite?