The Greatest Rap Group (And Record) of All Time

When The Sugarhill Gang released their single Rapper's Delight in 1979, rap (or hip hop, as it's known now) was considered a fad. It was the hula hoop of the music industry: it might attract a few ardent admirers, but it didn't have any staying power. It wasn't a threat to more traditional or established forms of music, so there weren't a lot of people really following it. Nevertheless, Rapper's Delight went on to become a Top 40 single - the first rap song to achieve that accomplishment. Moreover, it become a worldwide hit. Needless to say, the Sugarhill Gang - made up of members Master Gee, Big Bank Hang, and Wonder Mike - became household names.

Of course, it's not just the success of the record that makes The Sugarhill Gang the greatest rap group in history. It's really the impact. As stated, no one really cared about rap and rap acts prior to the release of Rapper's Delight. However, the group's success proved both the broad-based appeal and staying power of the genre. In other words, The Sugarhill Gang made rap a viable and successful (not to mention profitable) music form that the recording industry suddenly had to take note of. Rap acts suddenly began getting signed to major labels, and the rest is history. But the Sugarhill Gang is the reason that history exists. 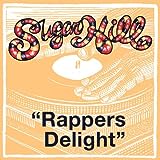 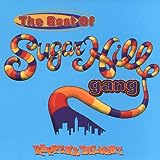 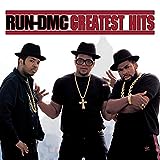 Is there anybody on the planet who doesn't know those words? Those are the opening lyrics to Rapper's Delight, which is unquestionably the greatest rap song of all time. It was released in 1979, at a juncture when rap wasn't even fully established a a music genre. And yet, this single essentially came out of nowhere and rocked the music industry back on its heels. The song became not just a hit in the U.S. (becoming the first rap single to crack the Top 40 at #36), but around the globe, becoming a worldwide phenomenon. It topped the charts in most places at either number #1 (e.g., the Canadian and Dutch charts) or #2 (for example, Norway and Sweden) - with the U.K. being a notable exception (#3).

Basically, the song introduced rap to the world at large and made music executives aware of a new genre that had appeal to far more than just a niche market. The success of the song opened doors to rap acts and prompted the promotion of rap music to put it on par with other respected music genres. But far more than the commercial success is the song's sheer prevalence and longevity. Almost everybody has heard the song and knows the lyrics, which may be why even today - over 30 years after it's release - the song is constantly used in various media such as television and films, and the lyrics are consistently used by other artists. That can be said of almost no other song in rap/hip hop, which is an industry that seems to pride itself on being all things fresh and current.

In short, 20 years from now, when all other rap songs are regularly forgetten a year or two after their release, people will still know the lyrics to Rapper's Delight.

While I've stated my reasons for declaring the Sugarhill Gang and Rapper's Delight the Greatest Rap Group and Record, respectively, of all time, there are some other indivudals and group who did their part, and I wouldn't want to leave them completely unacknowledged. This list will not be all-inclusive (otherwise I'd be here all day), so I may continue to add to it as I update this lens. Moreover, these acts are in no particular order and some of them may even have come a little after the Sugarhill Gang's heyday:

Grandmaster Flash and the Furious Five

Okay, can you really have a discussion of Rapper's Delight and not launch into the lyrics just a little bit? Since the full-length version was on the song was actually about 15 minutes long (and I have no intention of typing all of that out), this portion of the lens is really more of a tease than anything else:

to the hip hip hop, a you dont stop

to the rhythm of the boogie, the beat

and me, the groove, and my friends are gonna try to move your feet

see i am wonder mike and i like to say hello

to the black, to the white, the red, and the brown, the purple and yellow...

Who do you consider the greeatest rap group (or individual) of all time?