Who were The Highwaymen?

The Highwaymen were another original great sounding folk group from the 60s folk revival. They were one of the few folk quintets (groups of 5). According to Wikipedia, they were "a...collegiate folk group, which originated at Wesleyan University." They had 2 top Billboard hits, "Michael" in 1961, and "Cotton fields" in 1962.

The logo of The Highwaymen:

The start of The Highwaymen: - [info. from Wikipedia]

1958, Dave Fisher, a freshman at Wesleyan University, who...had sung in a doo-wop group, got together with four other freshman, Bob Burnett, Steve Butts, Chan Daniels, and Steve Trott, to form a folk quintet which they called the Highwaymen, with Dave becoming their arranger and lead singer.

The first big hit for the Highwaymen: - [info. gleaned from Wikipedia:}

WHY did Dave choose this subject matter? - What do you think?

Did Dave Fisher choose this song because he had religious or Spiritual leanings?

Why did Dave Fisher choose to arrange a Spiritual?

For more on Spirituals, check out this hub:

The early career of The [original] Highwaymen - [info. from Wikipedia and The Highwaymen website:]

The Career of the Highwaymen (continued)

A concert at MIT: 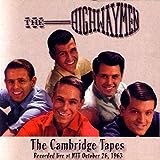 The end of the Highwaymen:

The later career of The Highwaymen: - [Info. gleaned from Wikipedia]

For more on the Highwaymen, you may want to check out their website.

You can get four of their best original studio albums all in one place with this great 2 CD set. I have several of these songs on other CDs, and they really sound great - I couldn't imagine those songs being sung by another group. I'm sure you won't be sorry with this set. 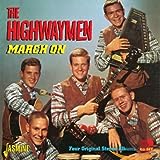 Check out some of my other folk music hubs: