When I know I'm going to need to buy a gift for someone, I listen to them carefully for clues and ideas. So recently, when we had a conversation about the Beatles, I realized that almost everyone would have memories of their music and that of John Lennon.

Some people grew up with this music. Others who didn't have that privilege may have only discovered this music in 1980, when John Lennon was shot outside his home in New York City. This brought about a revival. Ever since the 1960s, the Beatles have rarely been out of the news for long.

Beatles and Lennon music is still incredibly popular today. Paul McCartney and Ringo Starr are still public figures and they are often in the news. The last time I looked Lennon's widow, Yoko Ono had over 4.5 million followers on Twitter. And how many times is Imagine played on the radio?

Lennon was an advocate for peace. His methods might seem strange to us today. An example is the bed-in when he and Yoko spent two sessions of week-long periods in bed to protest about the Vietnam war. Yes, it was pretty loony but oh boy, did it get attention. He used his power and a musician and an ex-Beatle to make a protest in a way that attracted worldwide media attention. 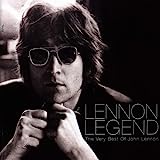 Legacy of a legend

There could really be no other name for this superb album than Legend because that's what John Lennon was.

I fully expect that my great great grandchildren will listen to his music. (And this limited edition album could very probably become a family heirloom.)

But more than that, through the music they will also discover the concept that John was trying to convey.

Peace, love and no more war - simple goals surely? And as John would say 'imagine...'

Let It Roll: Songs by George Harrison
When the Beatles were no longer playing together they launched into their own separate careers. At the time, many people wrote in their columns that they weren't good musicians and that they wouldn't be able to survive on their own in the music business. They were proved wrong as album above shows - and so does this one, also from a man who is no longer with us
Buy Now 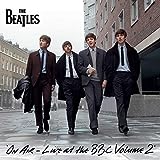 On Air - Live At The BBC Volume 2 [2 CD]
Many people agree that this is the best compilation of The Beatles' music for ever. This contains twenty nine tracks that were recorded over a period of time at the BBC in London. The booklet that comes in the package makes the CD better value than simply downloaded the MP3s.
Buy Now