The Time Traveler's Wife movie is a love story with an unusual twist, that of time travel. Whether or not you have read the book by Audrey Niffenegger you will enjoy this movie if you enjoy a good romantic movie. Definitely a chick flick that was perfect for Valentine's Day, it was tolerable for two of the three men in my household. The third male member of my household was working.

The movie is not so much about the time travel itself as it is about the problems caused because of the uncontrolled time travel of Henry. Imagine if you disappeared and appeared elsewhere at totally ramdom moments...leaving all of your worldly belongings behind when you did so.

The movie does share many of the situations Henry finds himself barenaked in when he leaves one time period and journeys to another one in his life when he visits his wife Clare as a child and as an adult. He even manages to visit himself as a child and as an older adult. The big story, however, in this picture is the relationship and the love story between Henry and Clare and how it manages to survive the upheavel of Henry's abrupt departures and absences.

"I travel through time.

In fact, you and I are friends in the future when you are a lady."

Amazon says, "The Time Traveler's Wife weaves together destiny and devotion, past and future to turn an extraordinary love into an extraordinary love story." It is a love story for sure. One in which a girl and a woman has a bond with a librarian who is able to time travel, albeit involuntarily. They learn that they have to treasure every moment they are together because he may be gone when they least expect it.

The Amazon customer reviews do a good job of telling us a lot about this story. Chris Pandolfi says that in this story "you leave today and enter a world of yesterday and tomorrow." I think that is a wonderful way of describing this movie. Others praise the adaptation of a good novel, discuss how it covers the subject of timelessness verses time and inspires one to make the best use of the time we have together on this earth. O. Hassanian says, "The love, the pain, the joy and the tragedy equal a movie worth watching."

See all the Amazon customer reviews, both good and bad, by clicking right here.

All told, I would say that this was a beautiful blu-ray movie with a wonderful soundtrack. However, for more technical specifics, I always turn to the experts. In this instance, here is a bit of what blu-ray.com had to say about this movie.

"The Time Traveler's Wife features a sumptuous 1080p/VC-1 transfer brimming with rich colors and dramatic primaries." I would agree, some of the scenes, like the meadow were truly beautiful as this film was "properly primed and polished for mass consumption. Fans of the film will be ecstatic." Blu-ray.com gives the video transfer a 4.0. That's pretty decent.

With regard to the sound, blu-ray.com says, "Warner's able-bodied DTS-HD Master Audio 5.1 surround track is just as impressive." Remembering that this is not an action-packed movie, it does a great job of sharing the particularly quiet moments. "Another solid offering from Warner Brothers." Blu-ray.com also gives the audio a 4.0.

The extras? Well, you do not have to be an expert of any sort to decide that the two extras shared on this film are just not enough. My son had the special features screen up and all I found myself thinking was, "Where are the extras?" The ones that are provided feature two supplements, one called Unconventional Love Story and the other, Love Beyond Words. They share the stories of the characters and of the adaptation of the book to movie format.

If you need more technical details, be sure to visit blu-ray.com's review by clicking right here.

The musical score for The Time Traveler's Wife was created by Mychael Danna and it has a somewhat quiet and restrained mood and is largely classical in format. However, it does feature the beautiful song (I love it) by Lifehouse called 'Broken,' which is featured in the film and in the music video. It also includes Broken Social Scene's version of Joy Division's 'Love Will Tear Us Apart' which I also enjoyed. 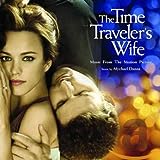 The Time Traveler's Wife
"As usual, Danna turns out another fantastic score that is lush and beautiful. Highly recommended if you're into easy going, romantic scores." ~~ Matthew M. Osborne Matthew would add that you should carefully consider the format you choose as he considers the CD-R to be of lesser quality as it is not pressed by the manufacturer and that it will deteriorate with age. If you are a serious music collector, make sure you choose this, the actual CD from the manufacturer, and you will have it forever.
Buy Now

Did you like the book or the movie better? 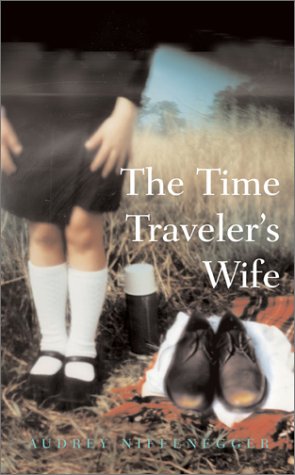 The Time Traveler's Wife
Put the book and the movie together for a beautiful and romantic gift.
Buy Now

"I've been waiting for Henry all my life." ~~ Clare