Lion dances usually perform during Chinese New Year and other popular or important events such as wedding ceremony, opening business celebration, Lantern festival etc. Lion dance can bring us good luck and helps us avoid misfortune (if properly performed). Lion dance are more popular than dragon dance and this is perhaps because it takes only 8 people to perform the dance whereas the dragon dance needs at least 16 people and this also means that they require a bigger ‘hung pao’ (red packet contains money inside).

Cai qing means ‘plucking the green’, it is the climax of a lion dance event. The performance of Cai Qing usually can be seen during the Chinese New Year where the lions will come to the shops or houses of the people who celebrate the Lunar New Year. The ‘green’ here refers to a piece of raw vegetable that is tied with a piece of cord or string to an hung pao (red packets stuffed with money). The lion will retrieve this ‘green’ and this act is condisered very auspicious because the chinese characters for raw vegetable (shen chai) sound similar to the characters for getting rich.

Sometimes the lion dance is accompanied by Qilin, the Chinese unicorn. Two of them are dancing and playing together happily and cheerfully.

Many people see the lion dance only as an entertainment but in actual fact, beside done for entertainment, the lion dance was actually used to exorcise evil spirits and bring prosperity. Before the performance, the ‘lion’ must go through the eye dotting ceremony where the special trained people will bring down the spirit from heaven into the lion. in this ceremony, they use the blood of a live rooster to dot almost every parts of a lion. 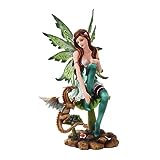 Dragon dance symbolizes the bringing of good luck as well as success in the coming year. Dragons, being known as the governors of the rainfall; the dragon dance was first performed by the ancient Chinese as a means of appeasing the Dragon King into releasing the rain onto the drought stricken lands of the farmers. Today, the dragon and lion dance is an integral element of Chinese New Year celebrations. Dragon dances also can be seen in Lantern festival around the world.

Similar to the lion dance, dragon dance is basically performed as to scare away evil spirits and attract prosperity or good luck. During the dance, the performers hold poles to raise and lower the dragon. Oftentimes, there is a man holding a ‘Pearl of Wisdom’ with a pole and entices the dragon to follow him to the beat of a drum. In this view, as if the dragon is searching for wisdom and knowledge.

In the dragon dance, the people believe that the longer the dragon the luckier they will receive. The same musical instruments for lion dance (drum, cymbals and a gong) are used to accompany the movement of the dragon. The dancers need to coordinate their movements properly with each other, correct timing is also crucial to avoid tangling up and falling over. If one person make a mistake, it can disrupt the rest of the dancers as well. This can create a ‘ripple effect’ which would spoil the performance.