One of the most beautiful voices in traditional Scottish song, if not the best, surely belongs to Karen Matheson.

Whether singing in Gaelic or English her velvet tones lend an ethereal quality and atmosphere to Scottish love ballads and haunting Highland tunes.

Find out about the best that she has to offer from her marvellous back catalogue of both haunting and joyful Scottish Folk music. 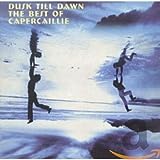 The albums of Karen Matheson of Capercaille

Hailing from Argyll in the West of Scotland, she has sung with the band Capercaillie since the early 1980s.

They quickly became one of the foremost bands specialising in Scottish Folk Music.

Since then Karen has also released her own solo albums to critical and popular acclaim.

To experience the true flavour of traditional Scottish music you need look no further than the angelic singing of Karen Matheson.

An acoustic album inspired by traditional Gaelic songs, although Karen also sings some in English.

She recalls some of her childhood memories on some tracks and on others Donal Lunny supports on the bouzouki. 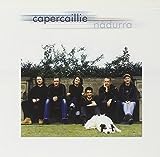 Taken its name 'Nadurra' from the Gaelic word for 'naturally' this reflects the fact that Capercaillie returned to their roots with this album.

The fiddle, tin whistle, accordion and other Celtic instruments are much to the forefront here.

It marked a return to the emphasis of traditional music after a period where they evoked a more contemporary sound.

The Dreaming Sea by Karen Matheson (1996)

In her debut solo album Karen recorded a variety of songs including a marvelous version of the Sandy Denny song 'One More Chance'.

She explores jazz influences on the album and also with Country and Western music. The music is beautiful with gentle instrumentation and arrangements with her voice as soothing as ever. 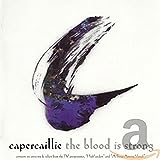 The Blood is Strong by Capercaillie (1995)

This album contains 25 tracks and was written to accompany a TV series of which one episode was narrated by Sean Connery.

The shows chronicled the the impact of the Gaels on societies and culture all around the world as well as the history and heritage of the Highlands of Scotland.

Almost all the songs are very short at less than 2 or 3 minutes with a blend of sprightly and atmospheric tunes. Being a soundtrack album many are instrumental.

In collaboration with the talented songwriter James Grant Karen recorded this sophisticated album in 2002. Its music is more mellow than her previous work with Capercaillie.

There is also less Gaelic and more English lyrics and overall it has a more modern feel. It contains wonderful songs with some tinged with sadness and that typically melancholic flavour of many Scottish tunes. 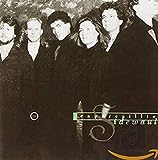 According to their liner notes on this album 'Waulking' songs were sung to accompany the rhythm of the beating of cloth on table.

This relates to the making of cloth such as the traditional processing of tweed in Scotland.

Electric bass and synthesisers share the studio with accordions, recorders and acousitc guitars.

There are also jaunty reels and jigs to liven things up.

Roses and Tears by Capercaillie (2008)

A mixture of traditional Gaelic songs with their own modern material and the old and new sit well together.

With excellent musicianship backing up Karen's exquisite vocals their fans hopes that rumours this would be their last album would be unfounded.

The addition of harmony fiddles and uilleann pipes add a richness to the sound. 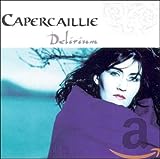 This was the breakthrough album for Capercaillie that projected them from local folk clubs into the national scene in Scotland.

It was produced by Donal Lunny and is regarded as a classic roots album.

With a highly melodic, sometimes even mystical quality it is full of catchy tunes and satisfying music.

Live in Concert by Capercaillie (2002)

Recorded in Glasgow at the Celtic Connections Festival and perhaps surprisingly their first ever live album after almost 20 years recording.

Not content with playing out a greatest hits package of songs they rearranged some well-known tunes and also played previously unreleased material.

Recorded in Southern Spain this album incorporates different styles such as Spanish and North African in a fusion with Scottish traditional music.