Yanni To Perform In San Francisco and San Jose

World renowned pianist, keyboardist, and composer Yanni is soon to arrive in the Bay Area for part of his 2011 North American tour which includes forty performances throughout several parts of the U.S. as well as Canada, Mexico, and Panama.

Yanni is well known for inspirational pieces which often include a blend of vocal and instrumental themes as well as electronic beats. When put together, these sounds create a type of music that his fans have described as new age, although Yanni himself prefers the term “contemporary instrumental”.

Yanni, born Yanni Chryssomallis in 1954 in Greece, is a self-taught musician who started his career with two Grammy nominated albums Dare To Dream in 1992 and In My Time in 1993. Yanni’s breakthrough success came with his 1993 album and video, Yanni Live At The Acropolis, which sold over seven million copies worldwide.  On March, 1997, Yanni became the first Western artist to perform at the Taj Mahal in India and at the Forbidden City in China. In November, 2004, Yanni undertook his first North American tour which included over 140 shows and had a total audience of over one million fans which, according to Billboard magazine, made it among the largest grossing. His second North American tour in 2009 was also a big success with sold out shows in Radio City Music Hall and full houses throughout Mexico. 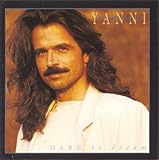 Yanni’s 2011 North American tour began at Mexico back in January and has since been a tremendous success. He is expected to perform in several cities of California in including San Jose on May 6 at the San Jose Civic and San Francisco on May 7 at The Warfield Theater. The shows will introduce music from his latest album, Truth of Touch, and they will be performances that are sure to impress audiences. 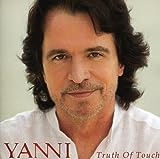 For more information on concert dates, ticket prices and purchases, or to contact a representative of Yanni-Wake Entertainment, go to www.yanni.com.