With roots going back to Portugal and Spain, Carlito means -- paradoxically enough given the title of this article -- “free, strong man”.

The name is a diminutive of another common Spanish name, Carlos. It inspires images of smallness, as the ending -ito means “small” or “little” in Spanish.

The name Amir comes to us from several Arabic and Hebrew dialects. It can be translated to mean “prince”, or “treetop”, and gives a general sense that the person bearing the name is of elevated social status.

In the modern era, where one’s rank in society is less fixed than it was in the past, a name like Amir simply sounds cute. Because it’s so short, the name rolls off the tongue like a chirrup, conjuring a “charmed” feeling in whoever says it.

Interestingly, Amir is more commonly seen as a surname than a first name. As a first name, however, it reached its greatest popularity in 2016.

Adonias traces its origins to the Hebrew dialect. It means, literally, “my lord is Jehovah”.

Aside from its obvious religious connotations, which may influence your decision to name your child it one way or the other, Adonias sounds phonetically pleasing. It has few sharp syllables and rolls from the tongue, and with some creativity can be shortened to a variety of cute, diminutive forms.

Okay, I should just say it now: Fabian means “bean grower”. Not the cutest of connotations, I’ll admit, but if anyone asks at a party as to the origin of your son’s name, you can always make something better-sounding up. Maybe “brave”. Or “cute”. Or, if you’re feeling bold, “destined to be a successful freelance writer on Hubpages”.

If only life were so simple.

The name Thompson has Aramaic origins, linking it to modern Syrian names like Salim, Samal, and Ghassan. Taken alone, it means twin. Used as a surname, it means “son of Thom”. Go figure.

That opens up a whole new line of dialogue, though. Who out there names their child Thom? And what compels these children, these Thoms, to slap their descendents with the label “I am Thom’s son, unless Thom’s son was my dad, then I’m actually Thom’s grandson” for perpetuity?

If you’re still here, I want to thank you personally for putting up with my ramblings.

Niko is an American name often interpreted as a shortening of the name Nicholas, which itself was derived from the name of the Greek god of victory, Nike.

While Nicholas itself is a Finnish name, its popularity, as well as those of its derivatives, have been on a steady rise in the United States. This trend may be explained by the rising popularity of STEM among the general population; Expecting parents may be looking increasingly towards scientists such as Nikola Tesla when considering what to name their future children.

Who wouldn‘t want to be named after this guy?

Very French in origin, Antoin is a name that means… well, the jury’s still out on that one. The best I can say is that it probably means “worthy of praise” or “beyond praise”.

Antoin actually is the French way of writing Anthony, which has retained high levels of popularity since antiquity. It’s small wonder that the name is such a mainstay in the modern world: It’s been around forever. Just ask Marc Antony.

Stuck thinking of the perfect name for a character, child, or pet? Look no further than The Name Book: It offers thousands—I’m not joking, there are literally thousands—of high-quality names tried and tested by thousands of parents throughout history to help you find just the one you need. I use whenever I need a quick, snappy name for one of the characters in my novel, which happens more often than you’d think. 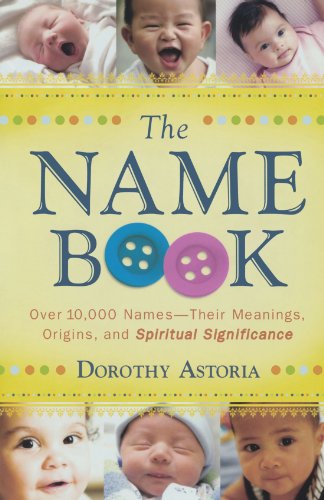 The Name Book: Over 10,000 Names - Their Meanings, Origins, and Spiritual Significance
Buy Now