Should a Parenting License be Required for All People who Raise a Child?

Do You Think That A Parenting License Should Be A Requirement for All Parents?

A Classic Must Have! 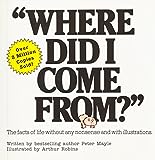 Where Did I Come From?: An Illustrated Childrens Book on Human Sexuality
Buy Now

Why Should a Parenting License be Required for all Parents?

Children are not born with instruction manuals, but if they were, would parents voluntarily study them? Conceiving a child takes absolutely no skill at all. If a man and a woman can manage to undress and lay down together, they can create a life. This action of little skill should not in turn simply hand people the parental rights to a child’s well-being. Billions of people lack their own healthy life skills and should not just be entrusted to successfully guide the wholesome path of another human being before proving that they can maintain their own sense of healthy direction first. The Federal Government should require all people to earn a parenting license before raising children.

What type of person this baby becomes has everything to do with the parent who raises him.

Government required parenting licenses will reduce the overwhelming number of child abuse and neglect cases in the United States. Abuse ranges everywhere from neglect, maltreatment, psychological abuse, physical abuse, sexual abuse, and medical neglect. The quantity of child abuse cases reported annually to child protective agencies are extremely high. Keep in mind that these do not include the number of abuse cases that go unreported. In addition, when the extremely high number of abuse reports are compared alongside the number of children born
each year, the ratio of abuse per child is nothing less than shocking. The average number of children born in this country every year is slightly below 4 million, according to recent information from Centers for Disease Control’s National Center for Health Statistics (“CDC Births”).

Children are Victims of Many Types of Abuse

One Child Abuse and Neglect study that was done in the year 2011 shows that “6.2 million children were referred to Child Protective Services, 3.7 million children were investigated for maltreatment and 676,569 children were determined to be victims of abuse or neglect” (First Star). The agency designed to protect children should consider changing their title from CPS to PCS Post Child-abuse Services, especially after learning that 3.7 million children were investigated for maltreatment which, according to the Centers for Disease Control and Prevention Press Release, is “linked to many emotional, behavioral, and physical health problems. Associated emotional and behavioral problems include aggression, conduct disorder, delinquency, antisocial behavior,
substance abuse, intimate partner violence, teenage pregnancy, anxiety, depression, and suicide” (“CDC Press”). The big question on everybody’s mind is … why?

Why is this happening to so many children? People are creatures of habit, and most of the time are not even aware that they act out on habit. Many parents of today were abused children themselves and unless they are taught a better way to treat their own children, they are limited to one way of parenting. The high number of abused and neglected children eventually grow into the adults in every society everywhere, who then raise their own children and the cycle continues. Educating parents on how to raise children without violence and neglect would be a great abuse preventative action and should be a requirement. Therefore, legally enforcing parent education for every person who wishes to raise a child will significantly reduce the number of abuse and neglect cases all over the country.

Required parenting licenses will have a positive effect on social and economic costs.
Child abuse cases not only accrue direct costs but also accumulate indirect costs with each incident. Unfortunately, the actual number of incidents are difficult to pinpoint because many are covered up and go unreported. Currently the way that the child protection system is set up in the United States, a child is removed from the physical custody of the abusive parent immediately following the abusive incident. Nothing is done to prevent the abuse while large amounts of money are spent treating the aftershock of the abuse. The system is flawed because it unfortunately takes action only after it is too late to prevent deeply rooted scars that have a negative effect on the rest of society. According to one PBS article, “[child abuse] will have a lifelong effect on a child in many different ways, including mentally, emotionally and
psychologically, effecting their self-esteem, their self-confidence and their ability to function normally in society” (Westman).

Excellent Parenting Should be Mandatory

Without requiring people to become parentally educated before raising our future members of society, how can our country ever expect to improve? According to a report released by the Centers for Disease Control and Prevention in February of 2012, “The total lifetime estimated financial costs associated with just one year of confirmed cases of child maltreatment [including] physical abuse, sexual abuse, psychological abuse and neglect] is approximately $124 billion [dollars]” (“CDC Press”). There is a never ending multi-billion dollar pit aimed towards repairing damage and tending to wounds of abused children who eventually turn into adults who continue to suffer because they cannot function in society. The post-repair system sounds nice in theory but it is about as logical of a prevention method as putting a bandage on top of a tumor. In order to begin making noticeable positive changes in our society that will carry over into future generations, we must shift our aim towards the root of the problem; educating the ignorant and incompetent parents.

Youth Crime can be Reduced Significantly 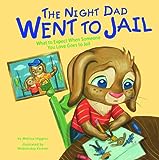 The Night Dad Went to Jail: What to Expect When Someone You Love Goes to Jail (Life's Challenges)
Buy Now

Required parenting license will reduce youth crime rates and violent juvenile offenses across the Nation. Children are products of their environment, and when they fail to receive a warm welcome into life by their trusted yet incompetent parents, they are destined to become the rotten apples that do not fall far from the tree. Misguidance, parental abuse and neglect, poor role modeling,
priorities other than the child’s well-being and simple parental ignorance all have heavier impacts on youth than most people care to acknowledge. The highest peak in criminal activity for young adults is during the hours that they are not in school, which clearly states that adolescents are not receiving adequate parental supervision, positive attention or rightful treatment at home.

According to juvenile offender statistics from the United States Office of Juvenile Justice and Delinquency Programs, there is a direct link between adult criminal activity and juvenile criminal activity, “Nearly one-third (29%) of all violent crime committed by juvenile offenders occurs between 3p.m. and 7p.m. In comparison, 26% of all violent committed by adult offenders occurs between 8p.m. and 12p.m.” (OJJDP). Children are little sponges that soak up information surrounding them and then interpret that information based on reactions from the adults in their lives. Incarcerating a juvenile offender for the parent’s lack of dedication and parental education does absolutely nothing to solve the crime problem that threatens the well-being of that child or other children in our country. Something is horribly wrong with parental demonstration of skills and values (or lack there-of) being modeled to the children of America. Negative juvenile behavior will never improve without the parent’s full comprehension of the impact that their own words, actions and lifestyle have on children, and therefore must be taught. Education for parents on how to raise non-violent children in non-violent homes should be a requirement for all parents who raise children.

Children Are Not Born Violent.

A required parenting license will prevent child bullying in schools. It is important for children to learn how to communicate and express their emotions in ways that are socially acceptable. Even more important is that parents know how to teach their children how to do so. Children are not born knowing how to hate each other. Hate is a behavior that is learned from observations and interpretations in and from the child’s environment as they seek their own identity. Bullying behavior in a child at school starts in the home, as the U.S. Department of Health and Human Services share that “Adolescents who bully others are more likely to have been physically hurt by a family member and/or to have witnessed violence in their homes” (OAH).

When children are not given the tools of respecting themselves and others, they are likely to become bullies or victims of bullies in school. Surveys done by the American Academy of Child and Adolescent Psychiatry concludes that up to “as many as half of all children are bullied at some time during their school years and at least 10% are bullied on a regular basis . . . [and] have often been the victims of physical abuse or bullying themselves” (AACAP). Children who are either bullies or victims of bullying show distinctive signs that undereducated parents are not able to recognize, which would explain the ridiculously high number of bullies and bully victims in this country.

Learn How To Spot Red Flags

There are many red flag signs that children will unconsciously display through emotion, body language and other subtle clues that indicate trouble. Parents without parenting education are not taught how to tune in to the needs of their child. A parent who is not educated in parenting is likely to avoid their child’s odd behavior by giving the child negative attention. Labels like ‘spoiled brat’
and even spanking them can have devastating effects that cause children to act out in school. Raising a child to have self-confidence, security, and validity are among the things that parents will learn and develop through parent and child education licensing courses. Increasing the number of attentive, present-minded and child-oriented parents who focus on mutual respect between family members will effectively shape happier children. If obtaining a parenting license would result in having happier children, reducing tendencies towards child violence and bullying during school hours, why wouldn’t every parent be willing to participate? If a parent is not willing to educate themselves on the importance of guiding the life of a child, they should not be allowed to raise one. Therefore a parenting license should be required for every person who chooses to raise a child.

Improve the Parent, Change the World

In order to make positive and lasting improvements in our country, we have to first tear down the policies that were built on top of rotten foundations. Public health agencies together with policy makers need to require that everyone with the desire to raise a child must prove more willingness and show more effort than simply getting naked and sleeping with someone of the opposite sex. They must attend, participate and complete mandatory parent licensing courses to not only prove that they are dedicated to the happiness and the well-being of the child, but also to teach them how to be good parents. Everybody in the United States regardless of social status, ethnicity, religion or lack of religion should be given a fair opportunity to earn the privilege of raising a child by proving to have competent parenting skills. Being a good parent should be a priority, not an option and being a good parent must be a maintained privilege, not a given right. If people are required to earn a license prior to driving a motor vehicle, they should be required to earn a license before being entrusted with the gift of another human life.

Changing the world one parenting class at a time. 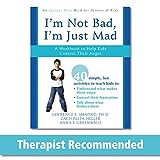