Abstract Thought: Is Humor a Helpful Learning Tool for Children?

As the song goes, “Time keeps on slippin into the future.” It seems like just yesterday my wife told me she might be pregnant, and now we are a mere three months away from the momentous occasion: the arrival of our first son or daughter to love and shower praise upon. I never knew anticipation of such an event could make one so happy, proud, nauseous, and scared all at the same time.

Like any new parent, I worry about all the variables in the raising of our child, from the complex to the mundane: cloth or paper diapers, time-out or the occasional spanking, education, and all the stuff that runs endlessly through a parent-to-be’s mind.

But as of late the thing that keeps cropping up in the old noggin is abstract thought. When faced with presenting an abstract thought to a child, do we avoid the topic, lie to our children, or push ahead as normal?

Child psychology books provide helpful insight into what a child can and can't process. 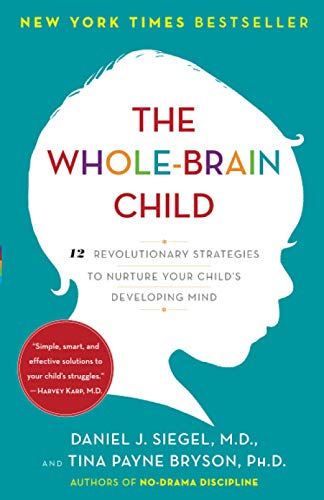 Abstract Thought and the Adolescent Mind

It is understood that children vary in their development of abstract thought and that all children start out understanding things quite concretely. As a result, a parent might, with good conscience, tell his or her child that the lifeless dog on the side of the road has simply gone to sleep.

But another school of thought will tell us that rather than fibbing a bit, we should do our best to explain the abstract concept, in this case death, as well as we can from the beginning and continue to reinforce the concept over time.

This brings us to our main focus: humor. Whether it is the basic joke, pun, sarcasm, prank, or metaphorical speech that enriches our life on a daily basis, all of these social institutions are, like death, a complex process requiring abstract reasoning to understand.

In my own upbringing, I can’t remember a time without humor. Many practical jokes have been brought down through the years as family tradition. I look back on them fondly, and sometimes laugh so hard I cry. The stories are a commonality to be shared with my family, a kind of oral history that is relived with every new generation.

Before we delve further into the right or wrong of these acts, let’s look at ten sources of humor regarding children within my family, some common and some not so common.

A good rule of thumb: for every 1 joke you let children figure out on their own, you should explain 10.

UNDERSTANDING AND PROMOTING THE DEVELOPMENT OF CHILDREN'S HUMOR
Buy Now

Sometimes we just don’t catch the misusage. For example, until I was 15 or 16 years of age I had an Uncle Led. It wasn’t until my teenage years that I realized Led was an awfully strange name, and that it was far more likely he was my Uncle Ed.

This was through no fault of my parents. You simply can’t catch the difference. Try saying Uncle Ed and Uncle Led aloud. Unless you listen very carefully, you just can’t hear the variation.

But then there are other mispronunciations that parents just find to be “too cute,” and allow and even encourage. My older brothers and sisters referred to their pillows as “tillas,” and when they watched Dragnet the organization the co-stars worked for was the FPI not the FBI.

When I played a game of basketball, I would say the ball was “Out of bounce,” rather than “Out of bounds,” a misstep I still make on occasion today.

Most of us know of a song by the Beatles called “Ticket to ride,” but my wife and her siblings grew up singing a different version, “She’s got a chicken to ride.”

This particular joke has become somewhat obsolete. The “Please Stand by” sign used to commonly appear on television sets when networks were experiencing technical difficulties. Although the sign is still used today, it is now a rarity.

At my household everyone knew what to do when the television said, “Please Stand by.” We would all stand in a line beside the television, and eventually this would correct things.

It would be a few years before I realized one’s physical relationship to the TV had no bearing on how quickly it returned to service.

When I was a kid there was one way to make the vehicle dome light work. You rubbed it like a Genie’s lamp, and more often than not this caused it to light up, but sometimes you just didn’t have quite the right touch.

With click-lights that actually do come on by touching these days, this, too, is a trick that is becoming lost to time.

The following prank was executed by my mother at the expense of her children. It is one of my all-time favorites for two reasons: my mother still denies having ever done it and my mother did far fewer of these types of jokes than my father.

Have you ever noticed that there are large, orange balls on power lines, especially near airports? Well, as a child I did, and so did my siblings. At one time or another each of us asked about them, to which my mother matter-of-factly replied, “Those are to protect the power lines from floods.”

As embarrassing as it is to say, it was years and years later before I questioned my mom’s hypothesis. My thought process was as follows: Those power lines are close to 30 feet high. I think if we ever get that much rain, we’ll have far more to worry about than wet power lines.

As for the actual use of these orange balls, I don’t know for sure, but I would think they are a warning for low flying aircraft.

The traffic light trick is an oldie but goodie. There are a number of variants, but the trick is to convince your children you have some unknown power over the stoplight.

As an adult, we know we can sometimes just make out the changing lights positioned for cross-traffic. We know this will result in our light changing soon.

The trick is to time out the beep of your horn or a whistle or hand gesture to the turning of the light to green, making your children think you have some power over it.

There are a number of holiday traditions that involve having your children believe in a supernatural power. The most widely practiced is the existence of Santa Claus for Christmas. My fondest memories of Christmas are from when I believed. My saddest Christmas was when I was told otherwise.

A certain magic and mystery was gone for me forever after that, like the death of a dear friend, but if I had it to do all over, I don’t think I’d change a thing.

Kids sleep soundly, for the most part far more soundly than adults. As a result, it is not uncommon for a child to fall asleep in one spot and wake up in another one.

My wife’s parents would tell their kids they must have teleported, denying any hand in the moving of the child from the living room to the bedroom or the changing of the child into pajamas.

A like-minded prank, when I was a child I had a bunk bed. My older brother and his friends would move me from the top bunk to the floor. Upon my awaking, they would tell me I must have rolled off in my sleep.

As a child, I don’t remember having that much of a physical fear of having my hair cut, but I did like to keep my hair long and messy. My father was a fan of the burr and flattop for the young boy.

Growing up on a farm, there was never any shortage of dogs, and with farm dogs you have plenty of large dog ticks. During my haircut my father or uncle would pull one dog tick off after the other.

This was, of course, a slight-of-hand to discourage me from growing my hair long. The dog ticks were collected earlier from dogs and as my hair was cut, my father or uncle would pretend to pull them off.

There are a number of tricks intended to keep children from eating things you think they should not eat. The classic is gum taking 7 years to digest. I was notoriously bad about swallowing gum and was reminded again and again to no avail that it would take 7 years to run through my system.

As for myself, I thought this sounded pretty cool, so I ate the seeds anyway, but to my chagrin, I never grew any vines.

Do you have mostly positive or negative memories regarding family humor in your upbringing?

This last prank to round out our list of 10 was not perpetrated by my father or mother, but my brother Anthony. It is by far the meanest prank on this list, but makes me laugh to no end.

My brother Anthony was a lot older than me. He was visiting from college and went to the high school football game with the rest of the family. I was just a little boy, maybe in kindergarten.

The high school was raffling off a football, and my father had bought a ticket in my name. It was halftime and I heard my name over the loudspeaker. Anthony quickly turned to me and said, “They need you to go suit up and play.”

The scene that followed was me being dragged from the bleachers kicking, screaming, and crying to the prize: my very own regulation football.

Raising children is difficult. You never know how a concrete mind will react to an abstract concept. As for hard concepts, like death, you must be very careful. You must ask yourself, “Is this child ready for the whole truth or just a partial one?” “Will this child be better off going to the funeral or just staying home?”

The only answer is good judgment, and this can be very tricky.

Likewise, humor should be handled correctly. Abstract thoughts can be confusing and even potentially dangerous to the child, but that being said, with just a few guidelines such activities can be very beneficial.

The main thing you should ask yourself is, “Can the misunderstanding of this joke lead to any major problems?” If the answer is no, then go ahead.

Do you think humor can be a gauge of a child's intellectual development?

Let’s look at it this way, as a child my family constantly presented me with humorous, abstract ideas. It was my job to come around and make sense of them. I didn’t have to figure it out that moment, that month, or that year, but when I finally did, it represented maturation in my mental development—a reasonably safe and fun way for those who loved me to facilitate and gauge my advancement into adulthood.

These little games we play with our children, if handled correctly, are actually learning tools and a barometer of maturation. Besides that, they are just good fun, and I can’t imagine not playing them with my own child.