Children speak another language from adults.

Children see things literally and can’t seem to understand why we get angry. They do what they think is what we have said and get confused so easily when it turns out to be wrong. Yet, we know we didn't speak in a foreign language. I have listed some examples of how children follow the directions they are given below. They are true, to a point, but I’m hoping you get a good giggle out of it after a hard day with the kids (or the boss). See it from a humorous side and smile.

“Pick up your jacket.”

To a child’s way of thinking, you have just told them to pick up the jacket. You didn’t tell them what to do with it once it is picked up. Their logic is to pick it up from where it was and toss it to another spot. They did what you told them to do and do not understand when you get angry about it.

“You had better clean your plate!” 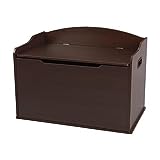 Oh what a can of worms you open with that one. Children don’t truly understand the concept of clean, even when their environment is kept clean all around them. To them, having their favorite (at the moment) toys right where they can get at them is keeping the room organized for easy playing. That’s why they get upset when you pick up those organized toys and toss them in the toy box. The same with all those clothes; they only had them on for a little while, after all, and they might want to wear them again. As for the dirty dishes, glasses, and silverware, well, they might need to use them at another time and so they left them there so they wouldn’t have to go to the kitchen to get more. What is wrong with us adults that we can't see that?

“Get that stuff out of here!”

This one could mean so many different things to a kid. For instance: if any of your things are anywhere near where you pointed, they might decide that your stuff has to go, not theirs. In that case, you might find your car keys in the trash and your briefcase out in the back yard filled with mud (for the mud pies for dessert). Also, they might decide that the vase sitting next to your keys is a good hiding place for their frogs and spiders and they might also decide that they need to hide their tiny soldiers and dolls in the toes of your shoes (for safe keeping).

“Get that dog out of here!”

Well, you want the dog out because he is racing around chasing the ball they are tossing and/or he has muddy feet. The child, however, believes that you want the dog out of THAT room only. So they will take the dog up the stairs, into the kitchen, into the coat closet, perhaps even to another side of the room (since you didn’t say get the dog out of the room, that is acceptable, right?) Also, they might just take the dog into the kitchen and then bring the dog back. After all, you didn't say for how long, did you? Once I started thinking like a kid, my whole perspective changed. Yup, now I know they do it on purpose.

"What? I couldn't see them there!"

And get the brown pair of shoes that is on the floor next to the black boots.” Sounds pretty straight forward and easy, right? Wrong! The child will race up the stairs and stand in the middle of your bedroom for about 10 minutes turning in circles screaming “I CAN’T FIND THEM, WHERE ARE THEY ?” You then give them the directions again adding that they actually have to open the closet door. Now they will open the closet door and look at all the clothes hanging there and shout “I DON’T SEE THEM !” You will then give them the directions again adding that they will have to look at the floor. They will look at the floor where their feet are and shout “THEY AIN’T HERE !” At that point you will race up the stairs, stand next to the child and point to the shoes 1/2” away from their feet. They will say “Oh, you didn’t say over there!”

Kids seem to have a built in patch over their eyes that blocks out certain areas, especially the ones at which they have been specifically directed. Or maybe it is their way of getting you to do the job since you did have to run up the stairs and get the items you had originally sent the kid up to retrieve. Perhaps their radar hasn't properly adjusted itself yet. Hmmmm, it could be the answer, but I doubt it.

“Don’t leave your shoes there, someone will trip on them.”

Now, because you have begun to see their pattern of reasoning, you add “Take them to the closet and put them where they belong.” You go finish whatever it is you were doing, confident that this time you were exact enough to get the job done correctly. However, you forgot that you were dealing with a child, whose ideas are somewhat warped. They will pick up the shoes, turn in a circle for a bit, see the closet door and toss them (not set them) in front of the door. You walk in, see the shoes lying haphazard in front of the door (where you almost trip on them) and ask the child why they put them there; and the child says, “You said they go in the closet, but I wasn’t over there yet.” A totally different language.

Be honest, do see these things happening with your children? Remember, be honest?

The kids have been playing in your living room....

... all day long (because it’s raining out and they didn’t want to get wet so they brought their outdoor toys indoors to play) and you finally have a moment to yourself and you want to watch a bit of TV. You walk in, see the mud on the floor, the toys everywhere (including on your brand new beige couch) and the kids are nowhere to be found. You shout for them and get answers from various parts of the house, but no kids. You tell them to get in the living room and they shout back “WHY?” Now you are about ready to break through the roof so you yell once more for them to come to you in the living room. They slowly trickle in and you point to the mess. “What is all this?” you ask. Your wonderful, intelligent, beautiful children look at you as if you have two heads and say “TOYS!” You answer that you know they are toys, but why are they in your living room. And these same, wonderful, intelligent, beautiful children giggle and say “It’s raining out!” Finally you shout at them to clean up their mess and get the mud off the floor.

I need another paragraph for this one because : they argue a bit that they will do it later, then they sigh and slowly move towards something and you leave the room before you get angry enough to do something irrational. Several moments later, you hear squealing and laughing coming from the living room and you go to find out what is happening. You arrive just in time to see one of your wonderful children toss a skateboard over the couch. It hits the coffee table and knocks the vase of real flowers and water onto the floor. It then slides off of the coffee table into the mess. Another child picks it up and tosses it back. It lands against the TV, cracking the screen before falling to the floor with a loud “THUMP”. The first child turns, picks it up and raises it to toss once more and then freezes because they see you standing there. You ask what they are doing and they say, in all innocence, “We’re picking it up like you said!” Then you notice the blanket that you used to drape the new beige couch sitting in a pile near the door. You pick it up and it is covered in mud. You ask the children what is that all about and you get smiles and “you said to clean up the mud on the floor, so we did.”

If you’re a parent, you’ll know exactly what I mean. You are trying to get ready to go to a doctor’s appointment. You tell the kids to get their things together so you can leave. Ten minutes later you are still waiting and you shout up the stairs to ask what they are doing. They shout back that they are getting ready. You wait another ten minutes and you race up the stairs to find out what is keeping them. They are sitting in the middle of the hallway playing with the cat! And they have no socks, no shoes, and they are still in PJ’s. You are fit to be tied. You get angry and shout at them to leave the cat alone and get ready, you will be late! The children slowly get up and go to their various rooms and a few minutes later you hear “Mom, what do I wear” from one room, “he’s wearing my shirt” from another, and “do I have to go” from a third. You get even more angry and tell them to just get dressed so you can go. One of the kids comes out with a purple shirt and green skirt. Another has bright red socks and a bright blue pair of shorts with a yellow shirt. Another is wearing a different set of PJ’s saying you wouldn’t tell them what to wear. Frustrated, you take them as they are.

Outside, before you have even unlocked the doors to the car, they begin to argue about who will get the windows. You try to be fair saying that so and so had it last time so the other one gets it this time. This starts a totally new argument about how you don’t pay attention and they haven’t sat near the window for the last four trips and the others are all screaming that neither have they been able to sit near the window. Finally, you tell them where they will sit and that you don’t want to hear another word from them.

Finally at the doctor’s office, you open the door to let them out and find that your purse has been tipped over and the cup you had coffee in has been opened and spilled all over your purse. You ask who did it and no one is responsible. You ask why they didn’t tell you about it and you get “You said you didn’t want to hear another word from us so we didn’t say anything because we didn’t want to get in trouble for speaking.” You walk into the office and while you are walking to the check-in counter you see several other children dressed like yours. You smile and think that at least yours has better taste.