Have you ever noticed how dads and moms don't parent their children the same way? I get out a good bit with my kids and can’t help notice the differences. Is one approach better than the other, and does it really matter?

The other day, I took my kids to a very crowded water park. Since I was still recovering from my last adventure down Sliding Rock, I was benched along the sidelines on a white lounge chair near some smelly garbage. Actually, I think it may have been a dead animal, but I didn’t feel like investigating this time. My observations of Mom vs. Dad parenting styles that day matched what I have been seeing for years. Though every family is different, the parenting styles I witnessed supported the general stereotypes we associate with mothers and fathers.

Do the Details Really Matter?

Three young boys of descending height walked by, all with shaggy, uncombed hair and smears of white sunscreen all over their backs. I was guessing they had applied sunscreen to each other in some sort of impromptu paint ball game, but then I noticed Dad at the head of the line holding the sunscreen, leading them to the pool area.

The mothers I saw applying sunscreen to their children, painstakingly wiped around each and every strap, eyebrow, nose and lip. Not a dab of sunscreen showed and no one complained of stinging eyes, though it sure did take an awfully long time.

So, Dad was fast and got the job done. Mom took extra care and though it took longer, her kids were covered as well. The bottom line is that all the kids were protected from the sun, and none were complaining. Isn't that all that matters?

In the Kiddie Area

In the Deep End

Living in the Moment vs. Multi-tasking

The majority of the moms that day were sitting in the shallow water with the babies and toddlers - keeping their little hats from falling off, stopping them from wandering too far away, playing peek-a-boo, and reapplying the sunscreen - all while carrying on a conversation with the other moms about the best place to buy diapers. There was not a single dad in the shallow toddler area.

The dads were all in the deep end throwing a ball, or leading the way to the water slide. The whoops and hollers from the big slide belonged mostly to the adult males. The dads were having a great time.

Tell me if this sounds familiar. You are at a zoo, aquarium or maybe it's a museum. A family passes by, and you notice Dad separated from the group, reading an informational plaque on an exhibit. He moves from area to area taking in all the sights. Mom, however, is stumbling along, reaching in her bag for crackers, tissues, or whatever is needed by the noisiest child. The mom has never read a plaque at one of these attractions. She doesn’t have time, because she is busy either taking care of everyone else, or anticipating the next problem or need.

Whether it is intentional or not, though, the dad gets credit for being a leader. He is doing what you should do at the museum. He is demonstrating appropriate behavior for his kids. He is living in the moment and having fun. And that is what dads do - show the way. Mom, of course, gets credit for holding everything and everyone together.

The dads at the waterpark are also living in the moment and enjoying the fun time. Dads are best at focusing on one activity and are especially good playing with the older kids. Dads are usually less comfortable in the shallow end with the constant nurturing that is required. Moms do best in that area. 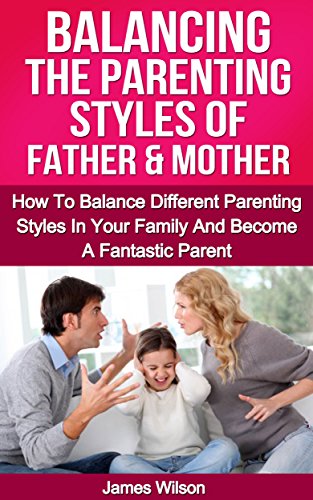 Tuned In to the Kids

I did see one dad with a toddler daughter near the rows of lounge chairs. She was crying and inconsolable. Dad kept asking her what was wrong, and was getting very frustrated at her lack of communication. What he could not see from my view was her sunburned bottom, as her bathing suit was riding up in the back. He finally figured it out, but was relying so heavily on the screaming two-year-old's ability (or inability) to vocalize her problem. Why can't she just answer me?

As we left the park at the end of the day, I heard a little boy say to his father, "But, we didn't get any lunch." The dad replied, "You said you weren't hungry."

Has this ever happened to you? Dad has a day off, and Mom finally gets a few hours to herself. Maybe some down time, but more likely, she has scheduled a dentist, doctor and eye appointment all on one day because this may be the only chance she gets. She spends about an hour writing notes and setting out all the clothes, supplies and food that the kids will need while she is gone.

Five hours later, she returns. The kids, who have been happy the whole time, immediately cling to her and complain about being hungry. Turns out that Dad did not feed them lunch. Mom glares at Dad, who shrugs his shoulders and says, "They said they weren't hungry." Mom doesn't have the energy to explain to Dad.....again..... that meals must be served so the kids will eat. She drops her bags and starts fixing the PBJs.

This difference here is about who is more tuned in to the basic needs of the kids. Moms win on this one. Moms are the nurturers, the worriers, the planners. She knows when her little ones are in pain, she knows what they will and won't eat, and she worries about...........everything. Dads, though, do a good job playing with the kids - joking around, even rough housing a little to teach boundaries and self control.

Moms are more likely to

Dads are more likely to

Kids can benefit from all of the above. The different parenting approaches of men and women can work together if the parents have good communication skills. That way, at least the kids will all be fed!