Elmer and the Rainbow- A book Review 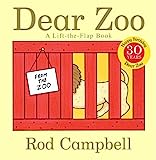 Elmer and the Rainbow

Elmer , the patchwork elephant, was sad when he discovered that the rainbow had lost its colour after a storm. He searched high and wide for the end of the rainbow so that he could domate his colours to the rainbow. He wanted to restore the dull and colourless rainbow to its former glory.

While searching for the end of the rainbow his friends his friends wondered if he would become a grey elephant like the rest of them when he give up his colours to the rainbow and if his plan would work.

Elmer wasn't scared and worried that he would become a dull grey elephant like the rest of the elephants if his colours were to leave him. Instead he was happy that he was doing something useful.

I recommend this book to all parents of young children as it teaches them how to be generous. It also shows that happiness can be obtained by  being generous and helpful.