Funny Stories About Teaching Children The Value Of Money

With over 15 years of banking experience, Yvette Marshall, has extensive knowledge on small business setups, and money management.

If you have ever seen the commercial where three boys converse about a car that one of the boy’s father is selling, you cannot help but smile as the boy quotes his father’s asking price. The asking price as per the son was a ridiculous amount. But because the concept of money increases as your child matures the little boy’s quote was not shocking or offensive. It instead produced a smile and then a chuckle. A child’s ability to quickly grasp the value of money is directly connected with how well a parent engages the child in household spending. For single parents because they frequently have to say “we cannot afford this or that,” this experience is often froth with difficulties.

There is a comradery among parents, in particular single parents, as they attempt to develop their children’s understanding of the value of money and its buying power. Parents share many war stories in the struggle to get their children more financially mature. Below are some anecdotal information of the parent-child interaction concerning money.

A first time experience: Every parent experiences this parent-child department store interaction as told by this father. He begin with, “the first time I took her into the store was at age 3”. He expanded, “the experience was not too bad. I had to make a quick purchase so it was an in and out process. So, I thought to myself what’s the big deal, the horror stories of taking your child to the store is overrated”. That outlook soon changed at their second visit to the store. “It was a nightmare, I never did get the item I went in for. I was too busy trying to quiet and control the tantrum of my toddler who saw her favorite toy and would not be console with the knowledge that we can get it another time. I never took her in the store with me again. My store visits were planned after work or when she was at daycare”.

An established technique: Another parent, more experience with store visits with her child, explained she does not have the luxury of shopping without her child. So, she had to implement tricks of delivering the "no-purchase rule". Her first trick was to allow her child to pick up the toy play with it in the cart and at the register signal to the cashier not to ring up the item. That worked for a short period but at the age of 4, the said “I just plainly explain to her, she can get only one item and it must be for a dollar”. It was a rehearsed conversation in the car on the way to the store and as they went up and down the aisles. Her child slowly learned the boundaries of spending, and as she matured this parent used this approach for every financial scenario.

An allowance: The parent of an eight year old said he gives his son an allowance. Dad said he was “tired of the demand for video game purchases, from a child who would do nothing around the house”. So he sat him down early one weekend morning and explain the mechanics of the allowance. “Keep your room clean and pick up after yourself and I will give you money. You can do whatever you like with the money”. Dad said it frequently worked however they butt heads when his son wanted to make a more expensive purchase.

Do you believe children should get allowance?

Pay for work: On the flip side a single mother said she refused to pay allowance to her child. Her concept is that he lives here and the majority of the messes are by his making so he should help tidy up without any type of pay. She did say however that she “agreed to pay him when he helped her do things outside the home”. If for instance, she had friends over and the place needed cleaning she would pay him when he helped. At first he fought the arrangement but when he realized she would not budge he began to cooperate and often came up with innovative ways to get paid.

Their frustration: These parents talked frustratingly about their children’s financial demands. She spilled, “they think money grows on tree and all we have to do is reach out the window and pick money off the money tree to get them whatever they want. I decided it was time they learn about money management”. Between laughter, mom, began recounting the actions her and her husband took to teach their children the value of money.

The plan: It began with the constant demand for money for high school events and materials. “Every week there was a demand for something and it was not a dollar here or there, try $20 here and $50 God knows where. My husband and I agreed something had to be done to control the spending before they go off to college. So we agreed to pay them monthly wages. They had to cover all their expenses with this allowance. At one point my husband wanted to have them pay rent from their monthly stipend. Eventually, we both agreed it was too extreme.

The teaching: Mom began relating their first month’s financial experience. My oldest child, she said, went to the bank and opened an account and began to school them on 21th century banking - no checks and only online statements. It was great. However, the third week when she had no money for school lunch and had to take lunch to school, it was not so great. Deaf ears were in place when she began to beg for lunch money. Lesson number one live within your means and allocate for the necessities. The second month her child learned that checks are sometimes necessary. Every month was a new learning experience, one week her daughter began complaining about “how expensive clothes are”.

The result: This family started the money management schooling when their children were in high school. There were many mishaps but they said by senior year their children began managing funds so well they felt like peacocks as they did their proud parent walk. By college freshmen year, the family had no college spending issues or wishes. Except one said mom, as she looked at her husband, "I wished college was not so d-mn expensive”. 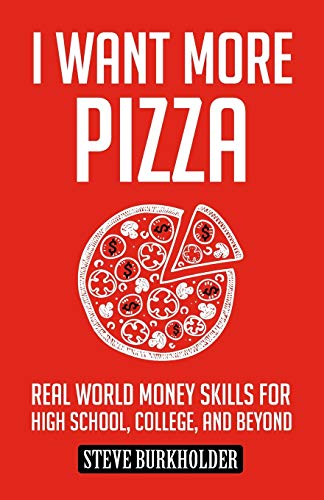 Make Your Kid A Money Genius (Even If You're Not): A Parents' Guide for Kids 3 to 23
Buy Now