Gifted Students: Who Cares about These Children?

"People like to be around other people who understand them and with whom they can talk....To have exceptional cognitive ability isolates a young person as no other ability does."

Giftedness Defined: A Review of the Research

While doing research for a proposal in graduate school, I quickly found that there was much more research on children with learning difficulties than on children with academic gifts. This apparent neglect of the gifted student population motivated my own study of the topic of reading and gifted children.

How Do We Define Gifted?

The definition of gifted varies among parents, educators, and the general population. Winner (1996) offers three defining characteristics of gifted children:

2. learning in a qualitatively different way; and

3. a “rage to master” in the domain of giftedness.

Silverman (2007) subscribes to a definition of giftedness as asynchronous development, i.e. a disparity between a child’s mental age and chronological age. Herrnstein and Murray (1994) refer to those people with an IQ at least two standard deviations above the mean as the “cognitive elite”.

The criterion used by many public schools to determine eligibility for gifted programs is a score one standard deviation above the mean on a standard IQ test. This modest threshold does not recognize the wide differences among gifted children. For example, an IQ of 120 is above average but an IQ of 160 (4 standard deviations above average) is a one-in-ten-thousand occurrence (Davidson, 2004). Though both of those students are gifted, their needs are certainly not the same.

Do We Truly Serve the Needs of the Gifted?

Davidson and Davidson (2004) and Winner (1996) agree that gifted children, particularly the profoundly gifted, are not accommodated by educators to the same degree as those students with cognitive challenges. Egalitarian concerns have sought to raise the achievement of students with below-average IQ, while students with higher IQ are not accelerated as much as they could be. This lack of concern for the gifted may discourage them from developing their own full potential. Davidson and Davidson describe the highly gifted as “the population that is least likely to learn and achieve to its potential” (p.2). Through leveling (the practice of assigning group projects to students of different abilities) educators seek to enhance the grades of some students while doing nothing to facilitate the learning experience of high-ability students. The Davidsons cite as an example of extreme egalitarianism a principal who removed books from a kindergarten classroom after discovering that some of the new students already knew how to read. The principal tried to stop them, wanting all the children to learn together. 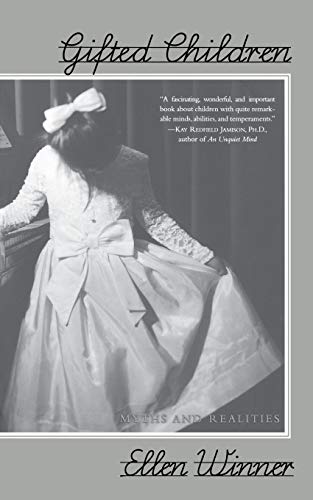 Some gifted children, called “globally gifted,” score high on all parts of IQ tests. Winner (1996) studied these children and found they do not follow the learning patterns typical of average children. The globally gifted may talk early and induce grammatical rules from ordinary conversation. They seem to absorb mathematical concepts from their environment. One of the most striking distinctions, however, is the manner in which these children teach themselves to read. Many highly gifted children learn to read as preschoolers and learn without phonics instruction. Such children usually initiate the learn-to-read process, requesting that adults reading to them point to the words as they read. From their memory of the pairing of words with sounds, the children induce the rules of phonics.

The children then proceed to read at an astonishing pace. One child studied by Winner (1996) was reading at a sixth grade level when he entered kindergarten. Clearly such children pose challenges for the elementary school media librarian and reading teachers. Winner cites L.M.Terman’s study of high IQ children in the early twentieth century for more information on the unique reading habits of the gifted. Terman’s subjects were found to read much earlier than average, more than average (about two hours per day by age thirteen,) and more widely than average. Their book selections included nonfiction titles—even atlases and encyclopedias.

While Winner (1996) describes children with language gifts as voracious readers, the literature indicates that their teachers and peers are not. Kolloff (2002) studied both in-service and student teachers, and found that neither group was committed to reading for pleasure. The National Endowment for the Arts (2007) found that the percentage of 18- to 24-year olds reading literature declined from 60% in 1982 to 53% in 1992 and to 43% in 2002. The same study found that only 26% of subjects in the 15-to-18-year-old age group read a book the previous day (outside school or work) for at least 30 minutes. When asked if they read for at least 5 minutes, the percentage only rose to 34%.

Gallik (1999) noted a statistically significant correlation between recreational reading during vacations and cumulative grade-point average for college students. It is not clear, however, whether good students simply read more or whether reading more causes people to be better students. In the case of highly gifted readers, the amount of information amassed from their early and extensive reading would be expected to translate into high achievement at school.

National Endowment for the Arts. (2007). To read or not to read: A question of national consequence. Retrieved February 1, 2011 from http://www.nea.gov/research/toread.pdf

What was your own school experience?