How to Love Your Family---Even If You Don't Like Them

Everyone has them: those family members who never fail to drive us completely bonkers. Maybe it's the aunt who, ever-so-sweetly, asks if you've put on a little weight. Maybe it's the cousin who always hits you up for money and never pays it back. Maybe it's a niece or nephew that makes Damien from The Omen look like a model child. They're your family. You have to see them. Part of you even wants to see them---until you're sitting there trying to keep yourself from flinging some of the Thankgiving mashed potatoes into Aunt Janet's over-powdered face.

So how do you deal with those family members who make you crazy? 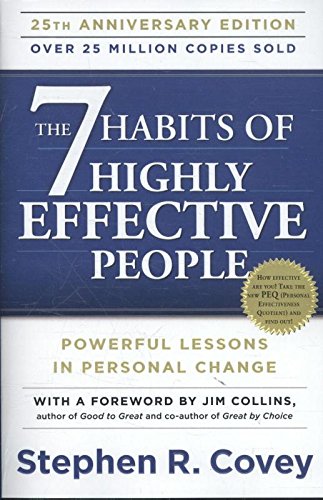 Three Ways to Love Your Relatives

The idea of loving when you don't love comes from effectiveness guru Stephen Covey. In his groundbreaking The Seven Habits of Highly Effective People, Covey tells the story of a man who comes to him wondering what to do about his marriage. He says he and his wife don't fight, but that the love is gone. Covey responds, "Love her." The man responds that Covey just doesn't get it---the feeling isn't there anymore. Covey's explanation? Love is a verb. If the feeling of love is missing, that's reason to actively love someone. The feeling of love can be regained, but only through the thoughtfulness, understanding, and sacrifice that come from actively loving someone. This holds true for marriages, and for any other relationship in our lives.

If you're having trouble dealing with family members, here are three ways to actively bring the love:

1. Rediscover the ties that bind. Maybe annoying aunt Janet used to buy you ice cream from the ice cream truck whenever you visited. Maybe that money-sucking cousin was the one you used to get into trouble with as a kid. Maybe you held the demon-child nephew mere minutes after he came into the world. Remember how you felt then? Use these meaningful memories to remind yourself why you love this person, even when they annoy you to death.

2. Do something nice. Compliment your aunt, buy the cousin a CD of an artist you both liked as kids, spend time goofing off with the nephew. Make a concerted effort to do something you think the other person will enjoy. This works because your energy is focused on positivity, not dread or annoyance. Serving others, even in small ways, makes us feel good. Even if those relatives act just as obnoxious as they normally do, we are able to handle it better because we feel better.

3. Be honest. This one's hard. Everyone reaches the point where the little annoyances just add up to one big headache. Telling those family members what's bothering you both gets it off your chest, and serves as a first step to changing your relationship for the better. Maybe Aunt Janet doesn't realize she asks about your weight every time she sees you. Maybe she just doesn't know what else to say to you. Explain to that cousin that you just don't feel comfortable loaning money to anyone, even family. Write a letter, say it in a phone call, or face to face away from the rest of the family. Don't be confrontational, but make a point of letting them know exactly what's bothering you.

If All Else Fails...

Try to limit visits to holidays and special occasions, and remind yourself that you don't have to see Aunt Janet until next Thanksgiving.

Family is one of the true joys of life. Each one has its own quirks, its own squabbles and issues. Each one also has its own special history, and the knowledge that among the billions of families on this Earth, there isn't another one like it. Love your relatives, and, who knows---you may even discover that you like them more than you thought you did!

Oh, the Joy of Family Get-Togethers...