How to Obtain Military Service Records

Obtaining military service records can be a frustrating experience for military veterans, as well as their families, because there is very little publicity available on how to go about retrieving them. When a veteran separates from the military, they are often entitled to valuable benefits that can only be received by providing the proper military documentation and proof. These documents are frequently lost or misplaced, thus depriving the veteran and their family of important and well-earned benefits.

Documents such as the DD Form 214 (Discharge Record) and Military Medical Records are vital when it comes to making claims of disability with the Veterans Administration, seeking a job or buying a home. These forms should be copied, secured and safeguarded once the veteran separates from military service – but more often than not, these documents get lost in the shuffle and are nowhere to be found when needed the most.

There are actually two ways to go about requesting a copy of a DD Form 214. The first way is to simply go to your nearest military recruiting station and speak with the Station Commander. They will have channels for obtaining service records that are not available to the general public. It is important to actually ask for the Station Commander because regular recruiters are extremely busy and are under intense pressure to accomplish their monthly goals that they will rarely take the time to help out someone who is not ready to join the military. The Station Commander has more time to give you and is more willing to do it for public relations purposes. You will only be able to request the DD Form 214 from a recruiting station – You will need to use the contact information below for military medical and personnel files.

The easiest way to obtain all military service records (medical, personnel and separation) for a particular veteran, you would need to go to the EVETRECS website and launch a web application which allows the veteran or family members to request official copies of DD Form 214’s and other military medical and personnel files. Though this system is automated, the records will not be released until the National Records and Archives Center receives a signed request from the authorized requester.

Who can request military service records?

(Next-of-kin is defined as a surviving spouse if not remarried, son, daughter, mother, or father)

(If deceased, a copy of the death certificate or a published obituary is required for release)

Military records can also be requested manually by downloading and filling out a Standard Form (SF) 180. The SF 180 is available on the EVETRECS site, or may be obtained at any local VA office. Submit the SF-180 along with the information listed above to the following address:

The predominate reason most people request military service records is to validate a veterans status for certain benefits once they are deceased. The DD Form 214 shows a veteran’s discharge characterization which is classified as Honorable, General under Honorable Conditions, Dishonorable or Bad Conduct. Generally, only the first two are eligible for benefits such as grave markers, flags, and burial details. Family members are also often interested in learning about the military service history of deceased family members for genealogical purposes.

The DD Form 214 is also a very important document when applying for jobs. Many employers offer special incentives to former military members based on the information this form provides. Employers are also interested in the character of service of job candidates as this can be a good indicator of a veteran’s long term commitment to a company. The DD Form 214 is also the form used to verify veteran’s preference status when applying for civil service jobs.

When a veteran leaves military service there is always the possibility of old injuries incurred in the service to flare up and become a problem. Claims, based on medical records documentation, can be filed with the Veterans Administration (VA) and linked to “service-connected” disabilities which may be entitled to compensation. Without medical service records, it would be impossible to make the connection between illness and injury that maybe a result of military service.

Other reasons may include applying for a VA home or business loan, legal concerns or historical archives. It is worth noting that The National Archives Center makes all veterans records public 62 years after separation date. Currently, all records of military service before 1950 are now publicly accessible. Also, the National Archives Center warehouses were involved in a catastrophic fire in 1973 which affected many military records. If you believe the records you are seeking may have been involved in the fire, then that needs to be annotated on the military service records request forms. 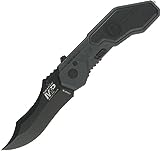 It has become much easier to obtain military service records that in times past. It used to take anywhere from 6 months to a year to receive military records once they were requested. With the automated EVETRECS system, it is common to receive DD Form 214’s in as little as two weeks. Medical and Personnel files tend to take a little longer, sometimes 30-60 days depending on separation date, but still much quicker than just a few years ago. Remember, if you are interested in genealogical research, veteran records over 62 years old are publicly available.